The Toronto Raptors have re-signed guard Fred VanVleet to a four-year, $85m (£64m) deal, according to The Athletic.

The deal, which includes a player option in the final year, represents a remarkable payday for VanVleet, who entered the league as an undrafted free agent in 2016 and spent time in what is now known as the G League.

He quickly emerged as a valuable backcourt contributor, and played a key role in the Raptors’ run to a championship in 2019.

In four seasons with Toronto, VanVleet has averaged 10.5 points, 4.1 assists and 2.6 rebounds.

He is coming off his most productive season, in which he averaged 17.6 points, 6.6 assists and 3.8 boards in 54 games, all of them starts.

VanVleet recently spoke about his future during a podcast interview with long-time NBA guard J.J. Redick and Tommy Alter.

“I don’t have to tell people that I value winning,” said VanVleet, who played collegiately at Wichita State. “Look at my story, do your research, I’ve never been on a losing team in my entire life. That’s what I’m about and that’s just what it is.

“I’ve won a championship and now it’s time to cash out. I’m 26, I’m only four years in, I feel like I’m on the verge of blossoming even more with more of a lead role and just taking more responsibility in my game.”

VanVleet joins forward Pascal Siakam as Raptors players who are under contract for the next four years.

Raptors to play home games in Tampa to open season

The Toronto Raptors announced on Friday that they will open the 2020-21 season by playing their home games in Tampa. 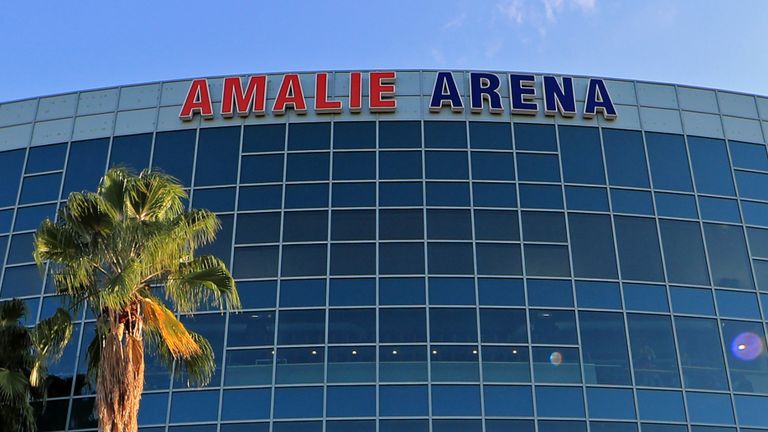 The Canadian federal government ruled on Friday that the Raptors will not be able to play home games at Scotiabank Arena due to Covid-19 concerns.

The Raptors had reportedly been discussing a plan to play games at Amalie Arena since late October as it became clear that coronavirus regulations and Canadian travel restrictions made playing an NBA season outside the United States unlikely.

Raptors president of basketball operations Masai Ujiri said: “Ultimately, the current public health situation facing Canadians, combined with the urgent need to determine where we will play, means that we will begin our 2020-21 season in Tampa, Florida.”

Morris: Clippers relying on being good ‘on paper’

Opinion: Why the Rockets should make coach Mike D’Antoni part of their long-term future

Inside the NBA bubble: What is life like for the media on the Disney World campus?

Ronnie O’Sullivan confused by Ali Carter claim and hits back after shoulder barge bust-up
‘She’s got a bit of Shane in her’: Shyla Heal lights up WNBL
Best News
Recent Posts
This website uses cookies to improve your user experience and to provide you with advertisements that are relevant to your interests. By continuing to browse the site you are agreeing to our use of cookies.Ok