Heavy favorites Los Angeles Lakers dismantled the Miami Heat 116-98 in Game 1 of the NBA Finals on Wednesday, as their opponents struggled with injuries after making a fast start.

The Heat got a 13-point leg up in the first quarter but the lead was short-lived, as the Lakers drained 11 three-pointers to complete a 30-point turnaround and close out the first half, while Miami’s defence crumbled inside the NBA’s quarantined Orlando, Florida, campus.

The Lakers kept the pressure up as two of the Heat’s biggest playmakers – point guard Goran Dragic and forward Bam Adebayo – exited the game with injuries. 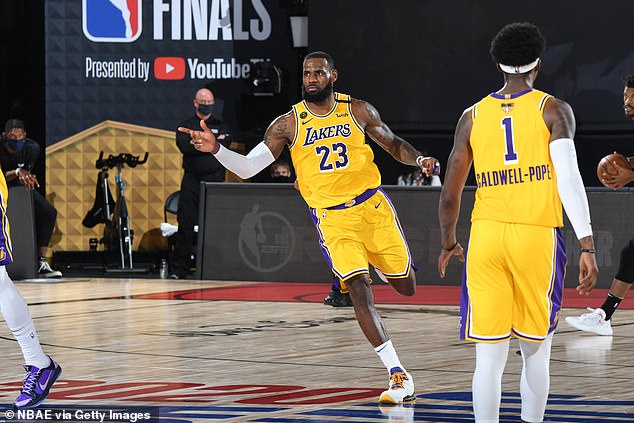 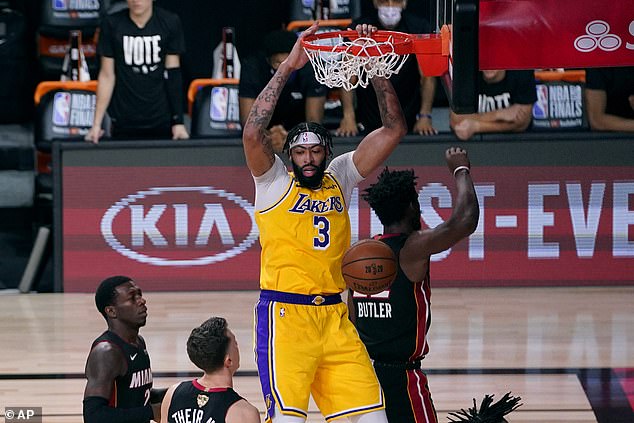 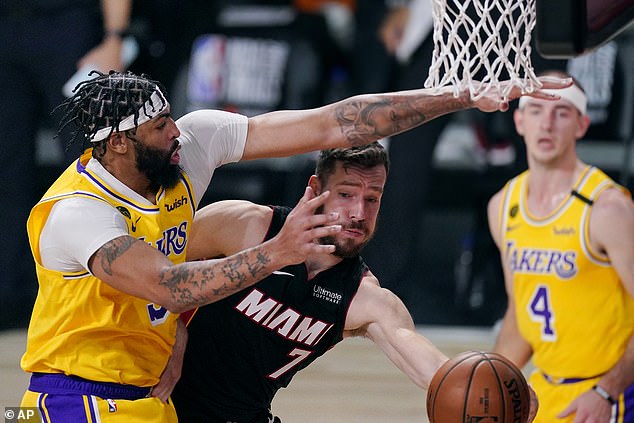 Dragic, Miami’s leading scorer in the post-season, suffered a foot injury in the second quarter, while Adebayo left in the third with a shoulder strain after twice colliding with Lakers centre Dwight Howard.

‘We came out slow,’ said Lakers forward Anthony Davis, the night’s leading scorer with 34 points. ‘(If) we want to win this series and become champions we have to play better from the start.’

The Heat’s All-Star forward Jimmy Butler rolled his ankle and fell to the ground, grabbing his left leg with seconds left on the clock in the second quarter and was seen limping on the court afterward, but he managed to finish the game, putting up 23 points. 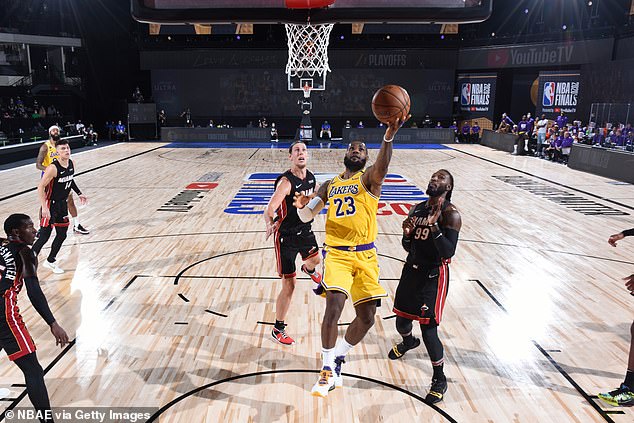 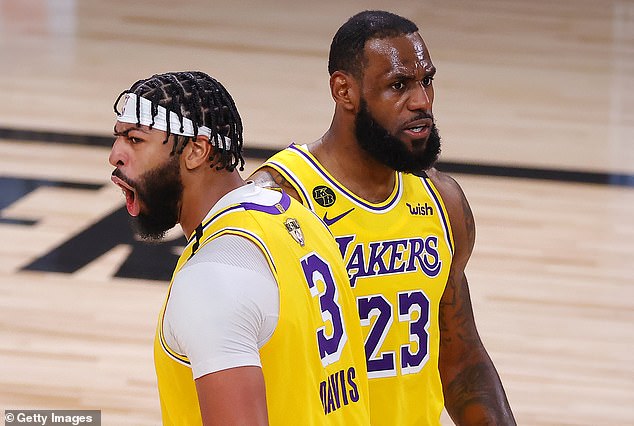 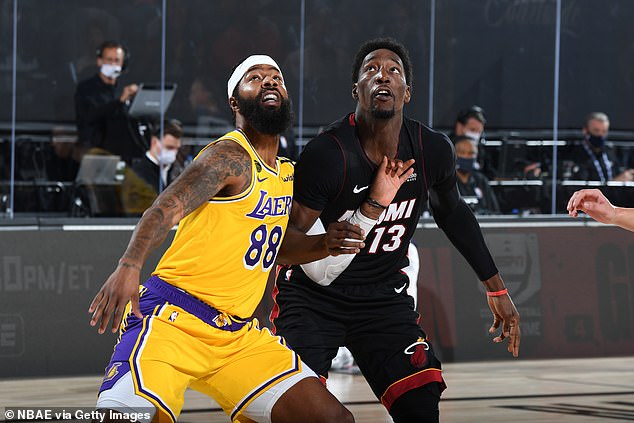 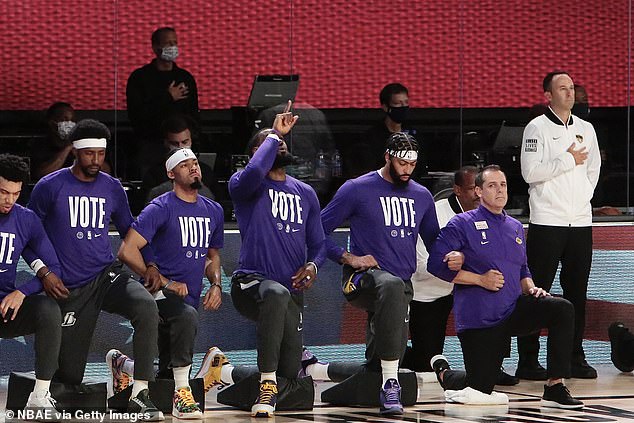 Former US President Barack Obama, 15-time All-Star Shaquille O’Neal and legend Kareem Abdul-Jabar were spotted among the game’s virtual fans in the otherwise empty stands in the biosecure bubble at Walt Disney World, where players have been living and competing – isolated from the outside world – since July.

The evening’s event was laced with activism, as players warmed up prior to the game in t-shirts that read ‘VOTE’ and Obama used the opportunity – from his virtual seat – to thank a group of first-time poll workers who signed up to work on the United States’ November 3 election day.

‘I appreciate you and hopefully all NBA fans will appreciate you when they see those shorter lines at the polling places,’ Obama said in a video posted to his Twitter account.

Commissioner Adam Silver told reporters Wednesday that he was initially resistant to the idea of the quarantine, which required ‘extraordinary sacrifices by everyone involved’ but was largely a success, with no positive COVID-19 cases among players.

Everything we learned about the Lakers-Heat Finals in Game 1

Doncic likely to be game-time decision for Mavs

‘When the OG speak, everybody listen’: Haslem’s fiery speech lit up NBA Twitter

Who has cause for concern after Game 1 performances?

Everything we learned about the Lakers-Heat Finals in Game 1
Chris Bosh watches Game 1 with LeBron, Heat on the mind
Best News
Recent Posts
This website uses cookies to improve your user experience and to provide you with advertisements that are relevant to your interests. By continuing to browse the site you are agreeing to our use of cookies.Ok