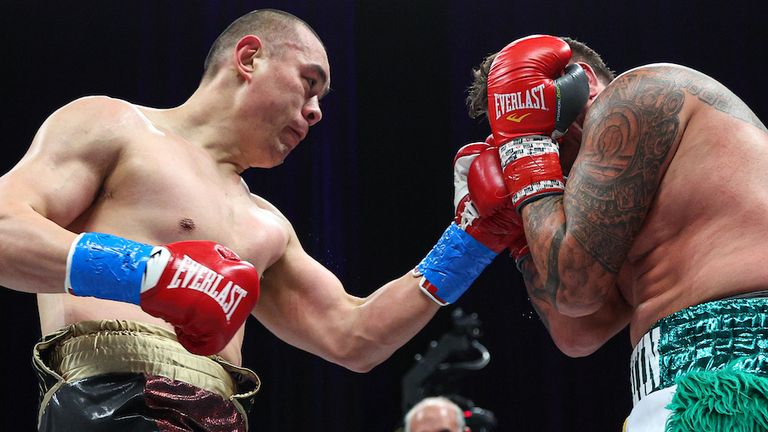 Zhilei Zhang took out Devin Vargas in four one-sided rounds to make a statement in the heavyweight division on Saturday in Florida.

The Chinese contender, who was beaten by Anthony Joshua at the 2012 Olympics and dreams of a rematch in China, improved his record to 22-0.

‘Big Bang’ Zhang landed a left hand down the middle from his southpaw stance which did the damage to Vargas in the fourth round. 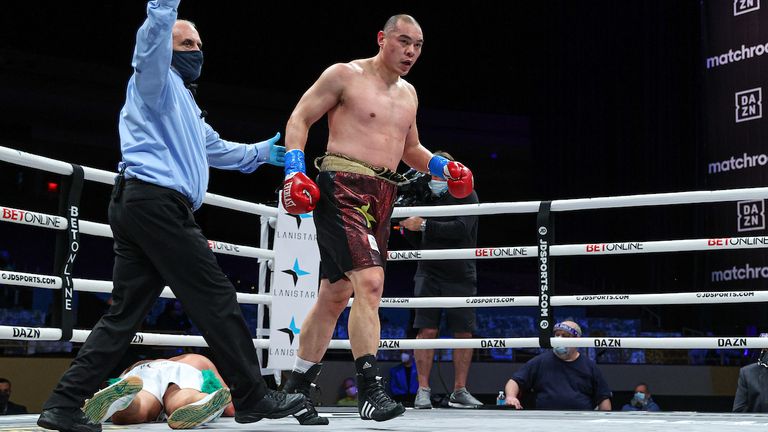 The 37-year-old had controlled the entire fight to that point – it was his debut solely promoted by Eddie Hearn’s Matchroom.

“Hundreds of millions of people in China are waiting to see a heavyweight world championship fight happen,” Zhang exclusively told Sky Sports before the fight.

“I hope that when Chinese people talk about boxing, they talk about that fight. It will break the record if the fight can be made.”

His advisor Terry Lane told Sky Sports: “Professional boxing in China is still in its infancy, it is still emerging. But there are indications that it is growing, although it’s not as big as NBA, tennis or golf.

“To make it explode, we want a big heavyweight fight involving Zhilei hosted in China.

“He is a very talented, top heavyweight who is in the mix. We want to use this to build the boxing industry in China.”

Khabib declares 'mission accomplished' after touching down in Russia

Devin Haney eyes Teofimo Lopez after dominating Yuriorkis Gamboa to retain WBC title
Fury claims Deontay Wilder has 'lost his marbles' after cheating claim
Best News
Recent Posts
This website uses cookies to improve your user experience and to provide you with advertisements that are relevant to your interests. By continuing to browse the site you are agreeing to our use of cookies.Ok