Boxer Amir Khan is mourning the tragic death of his new born nephew.

He posted a picture of himself by the burial plot for Abdul, the son of Amir’s brother Haroon,

Khan wrote on Instagram: ‘Tough day for the family. My nephew, son of my brother Haroon khan passed away yesterday. The new born didn’t make it. 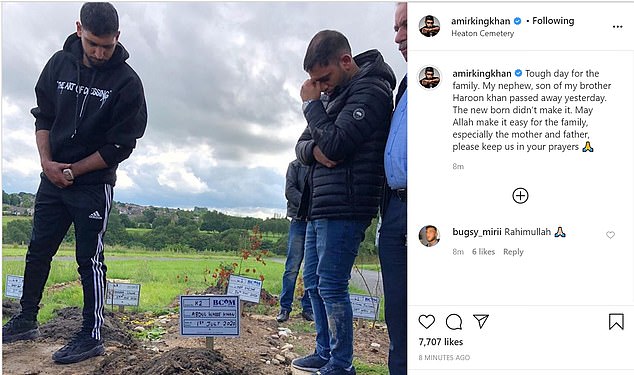 ‘May Allah make it easy for the family, especially the mother and father, please keep us in your prayers.’

Abdul was born on July 1 but tragically passed away on the same day.

Haroon Khan is also a boxer, who has won all seven of his professional fights. He won a bronze medal at the Commonwealth Games in 2010.

He married Arifa Janjua in Pakistan in 2016. They had their first child together, a baby boy, in 2018. 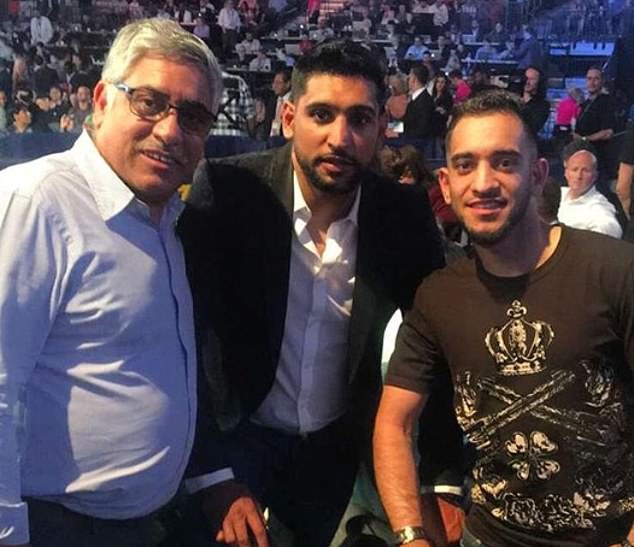 Amir Khan married Faryal Makhdoom in 2013. They have three children together – a son, Muhammad, and daughters Alayna and Lamaisah.

Recently, Khan stressed that he doesn’t want to fight again until fans are allowed to attend.

The 33-year-old hasn’t been in action since July 2019, when he beat Billy Dib in Saudi Arabia.

Inside the building of UFC's VERY ambitious Fight Island
Amir Khan mourns tragic death of newborn nephew with emotional tribute
Best News
Recent Posts
This website uses cookies to improve your user experience and to provide you with advertisements that are relevant to your interests. By continuing to browse the site you are agreeing to our use of cookies.Ok