‘Jan 23rd is on!’: Conor McGregor ‘accepts’ Dana White’s offer to fight Dustin Poirier in the UFC at the beginning of next year before boxing Manny Pacquiao

Conor McGregor has taken to social media to announce that he has accepted Dana White’s offer to face Dustin Poirier in the UFC at the beginning of next year.

McGregor had been desperate to fight before the end of the year but UFC president White said on Wednesday that they had made him a ‘take it or leave it’ offer to fight Poirier on January 23.

‘We offered him a fight, we got him his own date,’ White told ESPN. ‘We didn’t have a date this year. We have everything laid out for this year, with world champions fighting for titles. 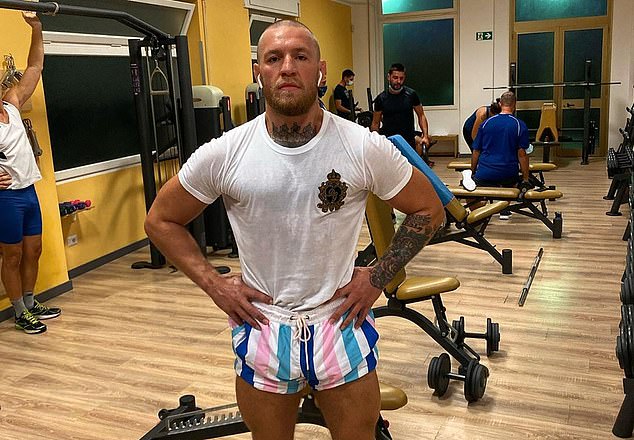 He wants to fight Dustin Poirier apparently, so we went to (broadcast partner) ESPN and got him his own date. He’s been offered Dustin Poirier on Jan. 23. It’s a yes or no answer.’

And it is seemingly a yes from McGregor, who took to Twitter late on Wednesday night.

‘I accept, Jan 23rd is on! My goal is to see this fight take place in Cowboy stadium. Proper Style! Jerry Jones is a friend and the stadium can hold our crowd.

Deontay Wilder refuses to give up on Tyson Fury despite Gypsy King’s UK plan
Pulev sparks fury after saying Joshua's 'tan is better than mine'
Best News
Recent Posts
This website uses cookies to improve your user experience and to provide you with advertisements that are relevant to your interests. By continuing to browse the site you are agreeing to our use of cookies.Ok