Dustin Poirier and Dan Hooker put on one of the best fights in recent memory at the UFC APEX on Saturday night as they fought five gruelling rounds in the lightweight division. Poirier came out on top after a thrilling back-and-forth battle in Las Vegas.

Poirier is now set to go on and fight for the UFC lighweight title once again after defeating Hooker.

He was made to work for his victory, however, as he was forced to dig deep in order to win a unanimous decision in the empty APEX.

Poirier came into the fight off the back of a submission defeat to Khabib Nurmagomeedov late last year, but will now look for a rematch with the champion.

He was left bloodied and bruised after the fight, having been taken into the trenches by the number five ranked Hooker. 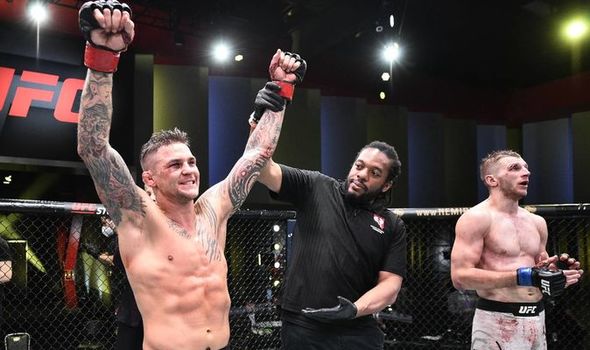 The fight started off as it meant to go on, with both men going hell-for-leather trying to get a quick stoppage.

Onlookers compared the attitude both men took in the opening minute to that of a desperate fighter trying to get a hail mary knockout at the end of a fight.

Both were hurt at multiple points, and it seemed impossible that the fight would go the full five rounds.

At the end of the second, Hooker came within touching distance of gaining a stoppage, as he pinned Poirier back and flung a knee at the buzzer which just missed the American.

Poirier then rallied back and put the pressure on, and attempted to get a triangle with Hooker in full guard.

In the fourth, Poirier again attempted to get a submission, attempting an arm bar and a guillotine before hurling punches at the downed Hooker.

The fifth was a shoot-out from start to finish, just as the fight had been until that point. 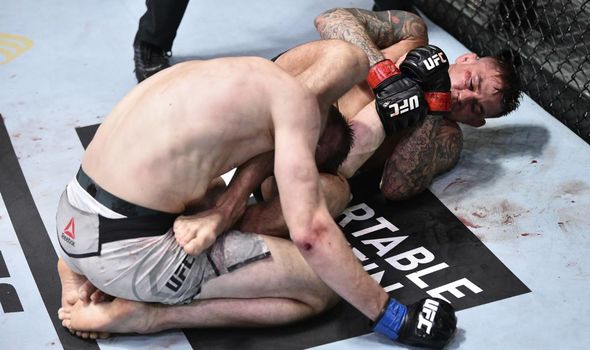 Poirier had Hooker stunned midway through the round and came close to getting a late stoppage, but spent the final moments of the fight in a dominant position on top of the New Zealand foe.

UFC fans and fighters were stunned by the quality of the fight, and immediately took to Twitter to praise both men involved. 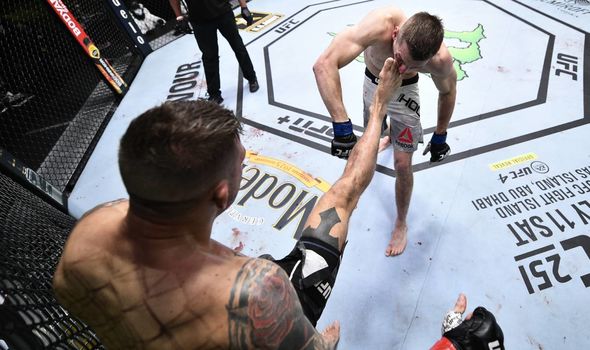 Former two-weight champion Henry Cejudo wrote: “I don’t know how to call it. We all won.”

One fight fan posted: “This fight is insane. Possibly best fight I have ever seen.”

“MMA at its finest. Striking Grappling always looking to finish,” another said.

“Keep doubting this man. What a legend,” one Tweeted.

Another called for Poirier to fight Tony Ferguson, posting: “Poirier vs Ferguson. Please and thank you.”

UFC Fight Night results, analysis — No coach, no problem for Mike Perry
Poirier told cornerman he was 'having a blast' in win over Hooker
Best News
Recent Posts
This website uses cookies to improve your user experience and to provide you with advertisements that are relevant to your interests. By continuing to browse the site you are agreeing to our use of cookies.Ok