Eddie Hearn has drawn up plans for Anthony Joshua to take on Kubrat Pulev within a week of Tyson Fury’s trilogy showdown with Deontay Wilder in order to build extra anticipation for what could be the biggest fight in British boxing history.

Joshua and Fury hold all of the heavyweight division’s major titles – with AJ the WBA, IBF and WBO title-holder and Fury owning the WBC strap – and have signed a two-fight deal to go head-to-head in 2021.

An undisputed clash between the two Brits is a mouthwatering prospect but the pair must first come through the challenges posed by Pulev and Wilder respectively.

Joshua must defend his IBF belt against mandatory challenger Pulev, who he was due to face in June at the Tottenham Hotspur Stadium before the coronavirus pandemic struck.

The Watford brawler was also due to throw hands with the Bulgarian in October 2017 before his opponent pulled out due to injury, with Carlos Takam stepping in as a late replacement. 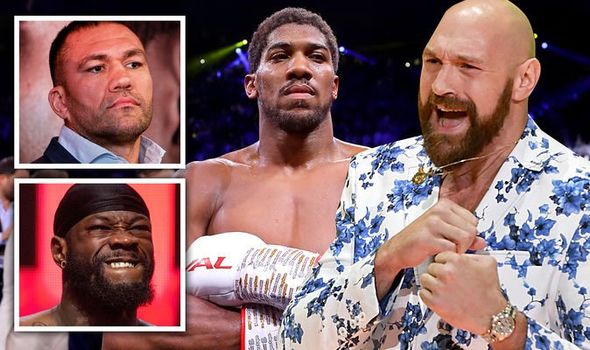 Joshua has since defended his titles against Joseph Parker and Alexander Povetkin before being dethroned in stunning style by Andy Ruiz Jr in June of last year, when he was knocked out by the Mexican-American.

But he avenged his first professional loss to take back his three belts in December and has been waiting for his next scrap since then, with the wait for a rescheduled date for his fight with Pulev ongoing.

AJ’s promoter Hearn is hoping to stage the throwdown on December 5 or 12, with the latter date just seven days before Wilder and Fury trade blows for the third time.

The first fight between the duo was scored a controversial draw before the Gypsy King downed the Bronze Bomber in Las Vegas in February this year, dominating the fight and forcing Wilder’s corner to throw in the towel in the seventh round.

And Joshua and Fury are prepared to put it all on line as they look to decide which one is the very best in the division next year. 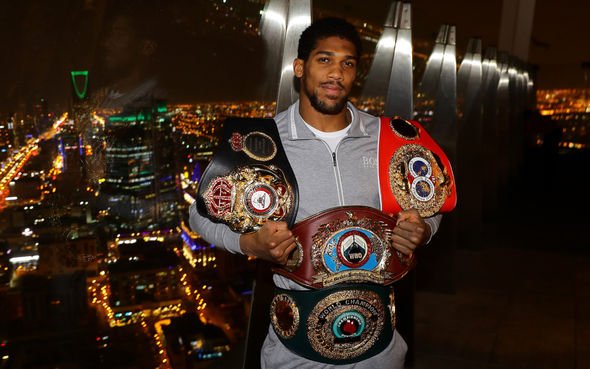 But first they must ensure they defend their belts and avoid injuries against Pulev and Wilder, and Hearn hopes to build the excitement with the timing of Joshua’s next outing.

Hearn said: “It looks like Fury-Wilder is December 19, so we will most likely go on December 5 or 12, to give ourselves as much time as possible.

“AJ would probably go the end of October or middle or November, but for the sake of three-to-four weeks, you are only going to box once this year.”

While Joshua would ideally wait until crowds are allowed back in arenas in order to maximise his pay-day against Pulev, Hearn is aware he needs to get his client back in the ring as soon as possible to prepare him for a huge bout with Fury.

“He’s good, he [Joshua] gets it. He knows the numbers that would have been for June,” Hearn continued.

“When you talk to him and Robert McCracken, He’s not suffering for a few quid, so he needs to progress his career in the right way and more importantly prepare for the Tyson Fury fight.

“Pulev, coming off a year lay-off, is really good preparation, in my opinion, for Tyson Fury.

“Not stylistically, but just to get in with a big heavyweight, get that big momentum, hopefully score a big knockout and move forward into that fight in 2021. 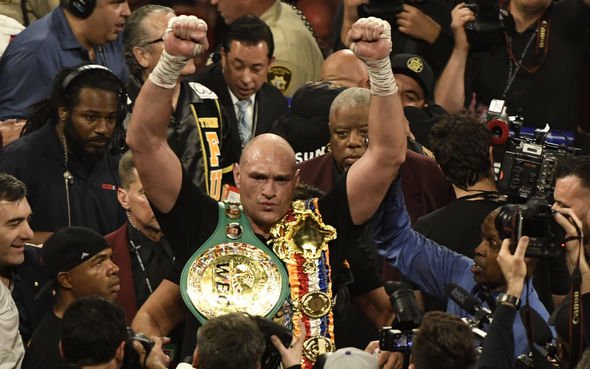 “How are we going to get round that? Pulev take less? AJ take less? Maybe condense the card a little bit? Maybe get 2,000 people in somewhere to pay premium price seats.”

Joshua and Fury bumped into each other on holiday in Marbella this month, and Hearn admitted the impromptu meeting was “awkward” for the fighters as he revealed details of their conversation.

He told Sky Sports: “It was probably awkward. Although people thought it was staged, it definitely wasn’t.

“The two respect each other. It will be a great build-up, backwards and forwards, two very different characters.

“It’s the biggest fight in world boxing. Both guys are fully on board but need to get the job in December. AJ’s fight date is looking like early December.

“There is an agreement between the two of them [AJ and Fury] and the parties to take those fights, two of them, in 2021.

“Right now? The focus for AJ in on Pulev. The focus for Fury is on Wilder again. AJ is in good spirits and is starting camp now for Pulev.”

Conor McGregor jokes he missed out on Khabib fight because he was hungover
Matt Cardona makes surprise AEW debut on ‘Dynamite’
Best News
Recent Posts
This website uses cookies to improve your user experience and to provide you with advertisements that are relevant to your interests. By continuing to browse the site you are agreeing to our use of cookies.Ok