Eddie Hearn says that Anthony Joshua and Tyson Fury exchanged minor pleasantries when they bumped into each other in Marbella last week, with both of them agreeing to dight each other next year.

Joshua had been walking along the road when Fury and his wife Paris pulled up in their car alongside the WBA, WBO and IBF world champion.

WBC titleholder Fury rolled down his window and began to chat away at his British rival.

Hearn says the pair, who have verbally agreed to do battle twice next year, had a very short conversation. 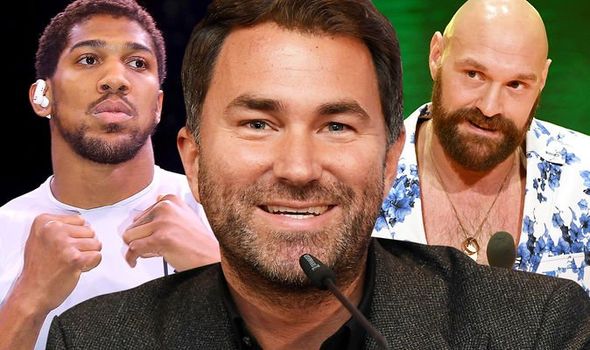 “I went online and yeah bit of a write one really. Obviously wasn’t staged,” he told iFL TV.

“Two of them, well AJ walking down Banus and Tyson driving down the promenade, stopped… I’ve only spoken to AJ briefly.

“But I think it might have been a bit uncomfortable.

“I don’t know if that was the exact conversation but they did say to each other ‘make sure you win that fight’.

“Sorry there was no beef, if we’d staged it, it’d have been a bit more fruity.

“I’d have had Fury get out of his car, AJ maybe with the elbow, glancing past the chin, little elbow.” 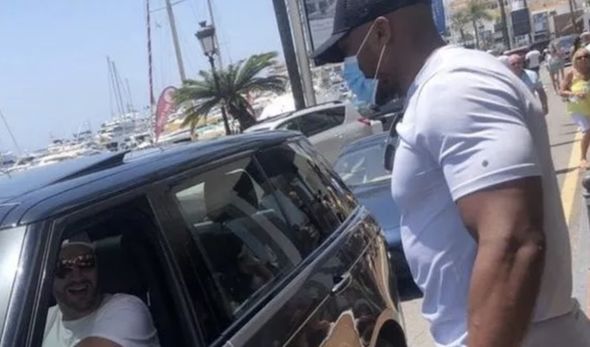 “I bumped into Fury last week,” he said.

“It’s funny because I was at a pool party, chilling with a couple of my boys, some of my mates live out there.

“Fury fans were there. There was a healthy, sporting divide – Fury and AJ. They were shouting ‘Tyson Fury’ as I walked off. I gave them a gesture to let them know that I’m still here, I’m one of the lads as well!

“On my way back they tried to do it again so I confronted them. I said: ‘I’m here for the banter but let’s not make it a disrespectful thing. We’re all just here for a good time’.

“That calmed that situation down. Next minute, I bumped into Fury!

“It’s only right me and him will bump heads soon. We’ll put on a great show for the British public and the world. It’s going to be a massive fight.”

Floyd Mayweather highlights key difference between himself and Manny Pacquiao
Roy Jones Jr eyes fight with UFC legend after Mike Tyson bout
Best News
Recent Posts
This website uses cookies to improve your user experience and to provide you with advertisements that are relevant to your interests. By continuing to browse the site you are agreeing to our use of cookies.Ok