It’s Fight Camp karaoke! Eddie Hearn gets behind the microphone to perform Bill Withers classic ‘Ain’t No Sunshine’ to reflect on lockdown without boxing… so how does his rendition compare with the original?

Even with lockdown, Eddie Hearn has enjoyed an excellent summer thanks to his Fight Camp production which has staged boxing events at his own house.

But as well as being a successful promoter, Hearn has also revealed he isn’t too bad on the microphone either when it comes to karaoke.

As part of the entertainment at his Fight Camp, Hearn stood up to perform the 1971 Bill Withers classic ‘Ain’t No Sunshine’. 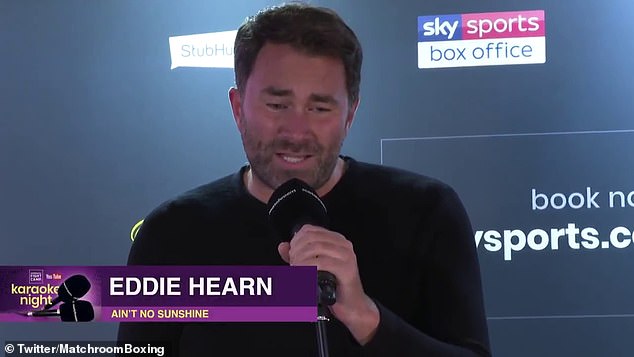 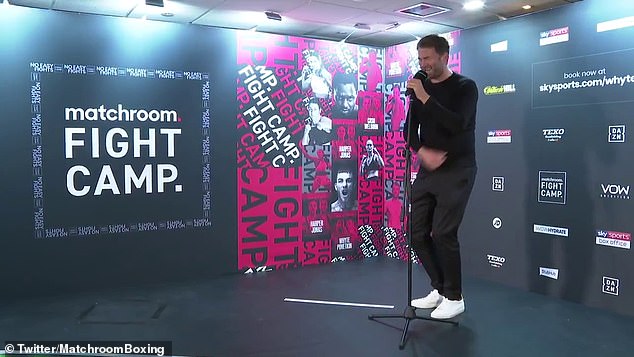 When quizzed on why he chose the song, the 41-year-old stated: ‘I’m going to sing a song that represents the pain and suffering we suffered under lockdown without boxing, Ain’t No Sunshine.’

Although his rendition didn’t quite match the crooning tones of Withers, Hearn’s version was far from disgraceful, before he capped off the performance with an ‘oi, oi’. Something Withers, who sadly passed away in March, was probably unlikely to have done in any of his performances of the song.

Fight Camp was set-up at Hearn’s home and over the past month has held boxing bouts to help get the sport up and running again following the Covid-19 outbreak. 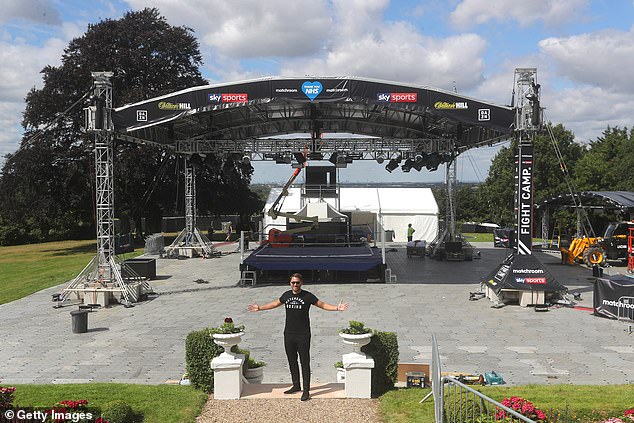 Despite its success, Hearn has turned down the chance to keep it running beyond the weekend but has claimed it will return next year.

The Camp will come to an end on Saturday with a blockbuster fight when Dillian Whyte takes on Alexander Povetkin.

The winner of arguably the biggest bout post-lockdown is then set to earn a world title fight against Tyson Fury, who is struggling to arrange a date for his re-match with Deontay Wilder. 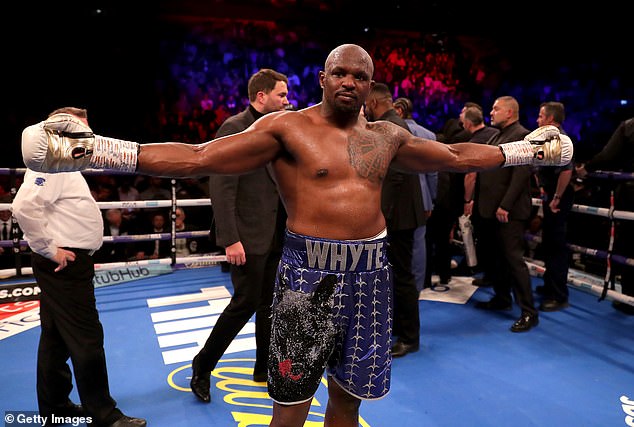 Hearn admitted that while Whyte deserves a title shot at Fury, he faces a dangerous opponent at the Fight Camp on Saturday evening.

‘As far as we’re concerned Fury-Wilder must happen this year, and if it doesn’t we’re ready to go with Whyte against Fury, subject to him beating Povetkin in a couple of weeks’ time,’ Hearn told Sky Sports recently.

‘Great news for Dillian Whyte who has been pushing so hard, fully deserves this shot more than any fighter in boxing, forget the heavyweight division, but he does have business to attend to on August 22 against Alexander Povetkin. That makes that fight even more dangerous.’

Khabib vs Gaethje – Who are key men behind both UFC 254 headliners?

Katie Taylor ready to silence doubters in Delfine Persoon rematch clash
Whyte vs Povetkin main event time: Schedule and running order for every fight
Best News
Recent Posts
This website uses cookies to improve your user experience and to provide you with advertisements that are relevant to your interests. By continuing to browse the site you are agreeing to our use of cookies.Ok