Dana White insists Conor McGregor “doesn’t need any help or advice” but is available to speak if he needs following his arrest for alleged sexual assault.

The UFC superstar was brought into custody in Corsica, France on Saturday, with the Irishman denying accusations of “sexual assault and sexual exhibition”.

And UFC president White has now responded to the latest controversial moment in the life of The Notorious.

“I know what you’ve read. I’ve read the same things. Conor is retired.

“I haven’t talked to him. I’m sure he doesn’t need my help or advice, but if he did, he can call.”

The Dubliner was in the region while preparing for a 180km voyage as part of a campaign  to raise awareness of water safety.

A statement from the prosecutor read: “Following a complaint filed on September 10 denouncing acts that could be described as attempted sexual assault and sexual exhibition, Mr. Conor Anthony Mac Gregor was the subject of a hearing by the police.” 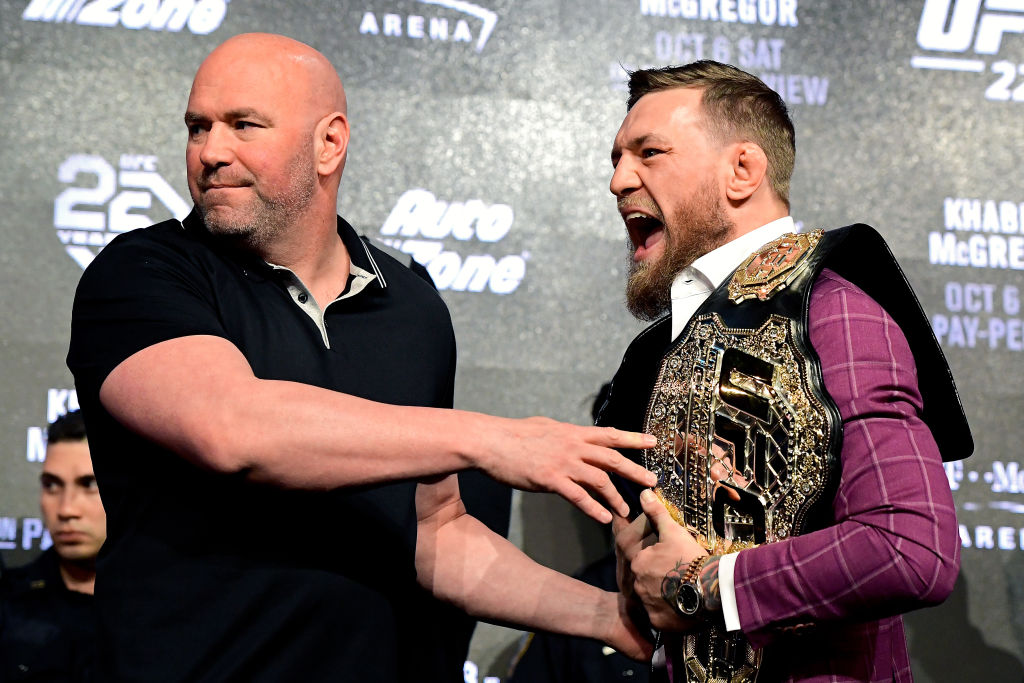 A representative of McGregor responded: “Conor Mcgregor vigorously denies any accusations of misconduct. He has been interviewed and released.”

McGregor has been in France for several weeks and was seen at the Grand Depart for the beginning of the Tour de France alongside the Princess and Prince Albert II.

The Dubliner retired for the third time in four years in June, with the coronavirus halting a much-anticipated comeback.

McGregor, a two-weight UFC champion, has not been in the octagon since defeating Donald Cerrone inside 40 seconds last January.

Despite talk of retirement, there are signs McGregor is waiting for the right opportunity to return once more, with the news this week that he is still being drug tested by Usada.

McGregor is yet to file the right paperwork to remove himself from the testing pool, with each fighter required to state their whereabouts through an app on their phone.

He said: “What’s going on here UFC ? Usada have just arrived to my yacht this morning for testing? I’ve retired guys!

“But go on then, I’ll allow them test me. It’s all natural here baby! Forever and always, God Bless 180km across the Mediterranean Sea tomorrow! LET’S GO!!”

Tyson Fury: Apti Davtaev eager to test KO power in sparring sessions with Britain’s WBC champion
Dillian Whyte vs Alexander Povetkin rematch set for November 21
Best News
Recent Posts
This website uses cookies to improve your user experience and to provide you with advertisements that are relevant to your interests. By continuing to browse the site you are agreeing to our use of cookies.Ok