Johnny Nelson has revealed how he traded insults with an enraged Mike Tyson ahead of his expected fight with the ‘Baddest man on the planet’.

The infamous American heavyweight had decided to base his career in Britain for a brief spell in 2000, which put him on a collision course with Sky Sports expert Nelson, who sets the scene for his fiery confrontation with Tyson…

“It was serious talk. Mike Tyson had a three-fight deal with promoter Frank Warren. They got two opponents and they were looking for a third opponent. That fight was going to happen.

“Mike was training in London in Park Lane at the Grosvenor Hotel, and that’s when I got the invite to meet him, not knowing Mike and Frank had these conversations, and I was the third opponent. 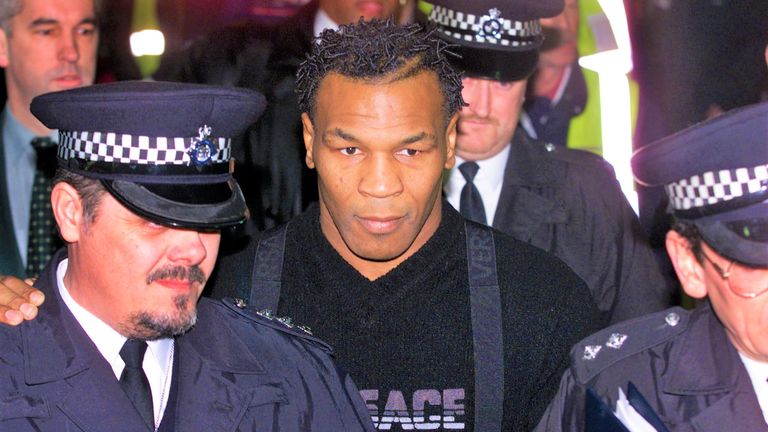 Before his UK debut @MikeTyson bumped into @SkyJohnnyNelson and suggested a potential fight. Did you fancy your chances Johnny? 😏😂 pic.twitter.com/hIGGFsQqXC

“When I walked in, they had already discussed this, I just didn’t know about it, and I was kind of caught on the hop because it was said in front of everybody. The press were there, the public were there, watching Mike blast a sparring partner. I’m like ‘What? I need to think of something quick.’

“Mike has got a high pitch kind of voice and his head used to go to the side, with an involuntary click of the neck. He said: ‘You want to earn some money, let’s do it’. It was so menacing.

“Remember, I was world champion, so I thought I was the best cruiserweight in the world. I can’t give that impression that I’m bottling it. I went, ‘Yeah, yeah, no problem’. It was verbally discussed with all of us. It was a done deal. It was just an unsigned contract.

“Even when he beat Julius Francis and even when he beat Lou Savarese, I had still not come out with an excuse, so the fight was going to happen. Unfortunately Frank and Mike fell out – and that’s the only reason why it didn’t go ahead.

Tyson takes over Manchester 💥💪@MikeTyson hit the headlines when he arrived in Manchester to fight Julius Francis. Tyson knocked out Francis in the second round 🔥 pic.twitter.com/Qms5m5FQnV 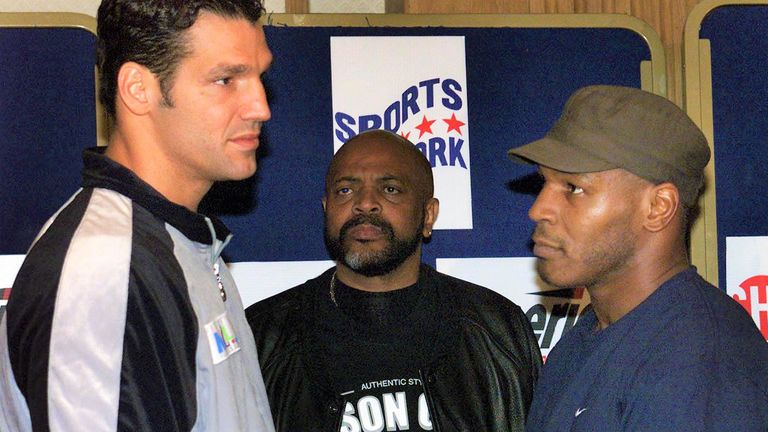 “Mike Tyson was very different then. Mike wasn’t the Mike he was years before, and I was world champion, so I now believed I was good. He knew it was me next and that’s where the intimidation started. Before then, we were pretty jovial and polite with each other, but when he knocked out Savarese he shouted down at me: ‘You sure you want some of that? We’re going to eat you!’

“I was sat at ringside with my wife and I was thinking, ‘No, not in front of my missus mate’.

“Steve ‘Crocodile’ Fitch was next to him and he’s giving it: ‘Yeah, we’ll mess you up’. 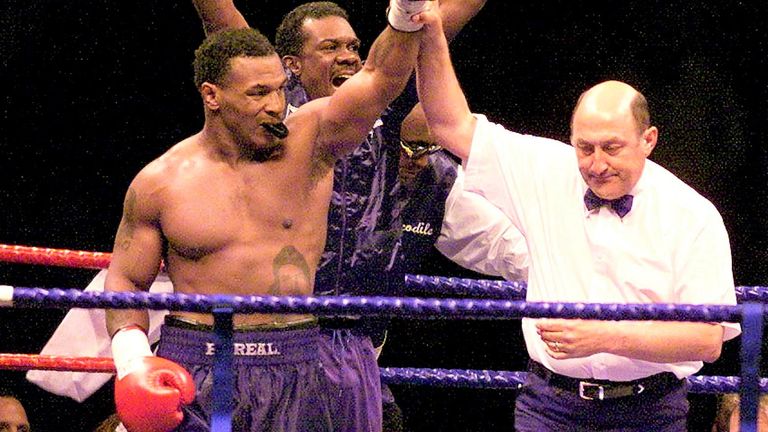 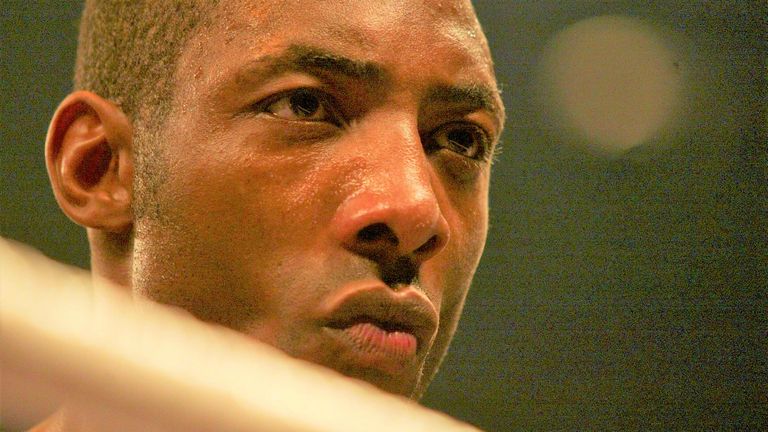 “I’ve got to style it out, I’ve got to be cool, and I’ve got to make out I really fancy this fight. I needed a one-liner and all I could think of was, ‘Get yourself fit, fat boy’.

“We ended up back at the hotel, me and my wife, and we were on our way to a party downstairs. It must have been around 2am. Mike was staying in the penthouse suite on the top floor. I think he had to change lifts between floors. We’re in the lift and the door opens. It was Mike, ‘Crocodile’, and his manager. I thought s**t. Mike is looking at me and I’m looking at him. I went, ‘You getting in?’ He went, ‘Yeah’. His manager put his hand in front of him and went, ‘No, we’ll get the next lift’.

“The door is closing and ‘Crocodile’ is mouthing behind him, doing the cut-throat sign. Just before it shut, I gave him a farewell gesture, and my wife was not impressed. We got downstairs and we walked straight back upstairs and didn’t go out.

Conor McGregor claims his next fight is against Manny Pacquiao

Felix Verdejo vs. Will Madera live results and analysis
Jonathan Kumuteo overcame a chronic inflammatory skin disease and is now set for pro boxing debut
Best News
Recent Posts
This website uses cookies to improve your user experience and to provide you with advertisements that are relevant to your interests. By continuing to browse the site you are agreeing to our use of cookies.Ok