Sportsmail has been granted special behind-the-scenes access at the Matchroom Fight Camp. Having exclusively revealed in May that Eddie Hearn had hatched a bonkers and brilliant £1million plan to stage boxing in his back garden, we have now been invited into the Fight Camp hotel in the build up to Saturday’s first of four shows at the Matchroom HQ in Brentwood. 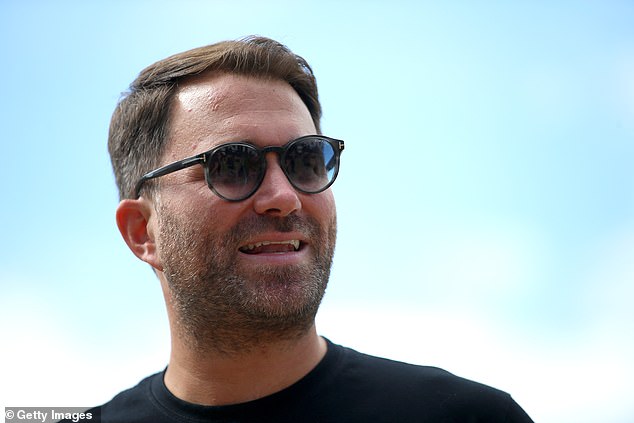 There has been an air of civility about the first couple of days in the secret hotel where the fighters, trainers, organisers and cogs have been stationed. But that changed quite abruptly today.

There was another media session at 1ish, and it was the first one that brought the fighters together. Not that they haven’t been tripping over themselves since Tuesday, such is life when you all share the same gym and corridor in a hotel. But one of the heavyweights on the card, Simon Vallily, interrupted the tranquillity of the bubble somewhat. 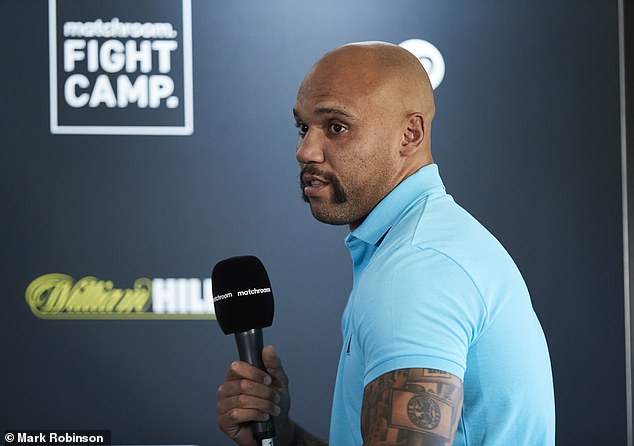 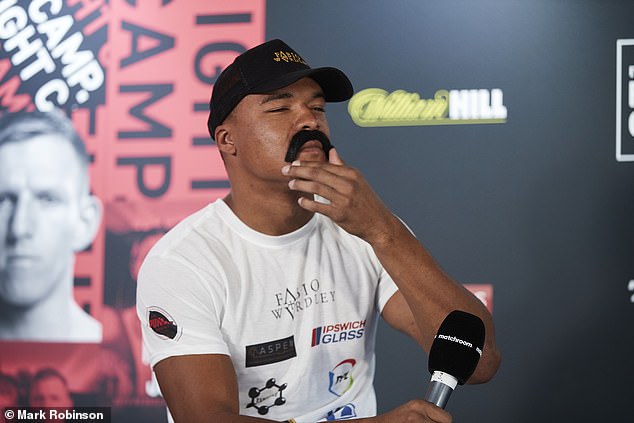 Wardley, who is represented by Dillian Whyte, mocked his opponent with a fake moustache

Until today, he has barely been seen nor heard. He hasn’t used the training ring and he hasn’t been spotted in any of the communal areas, barring a previous media session on Wednesday, where he was noticeably more intense in his manner than the other nine guys.

At this point, a little background. He is a talented fighter, Vallily, having won Commonwealth Games gold in 2010 after rebuilding from past that included a stint in prison for a knife attack. As a professional he himself has alluded to issues around his commitment, but has still acquired a record of 17 wins, two losses and a draw, predominantly at cruiserweight. At 34, there is an urgency around him taking the next step and that brings us to his fight with the hyped Fabio Wardley in Eddie Hearn’s garden on Saturday.

Wardley – an 8-0 prospect signed by Dillian Whyte – was being spoken about by Hearn today as a possible next big thing behind Joe Joyce and Daniel Dubois and it is fair to say his opponent was unconvinced by that billing. Likewise, he seems to dislike Wardley, who attended today’s session wearing a fake handlebar moustache to mimic Vallily. 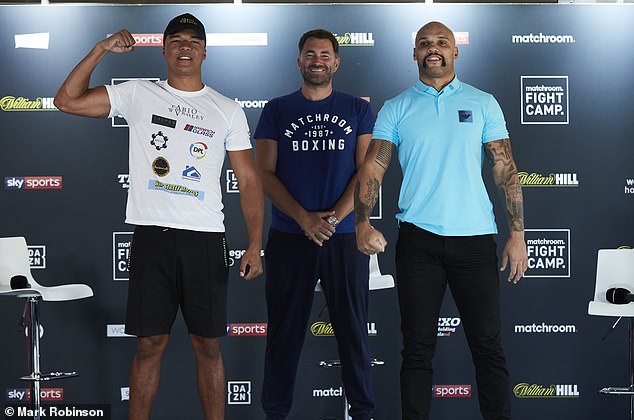 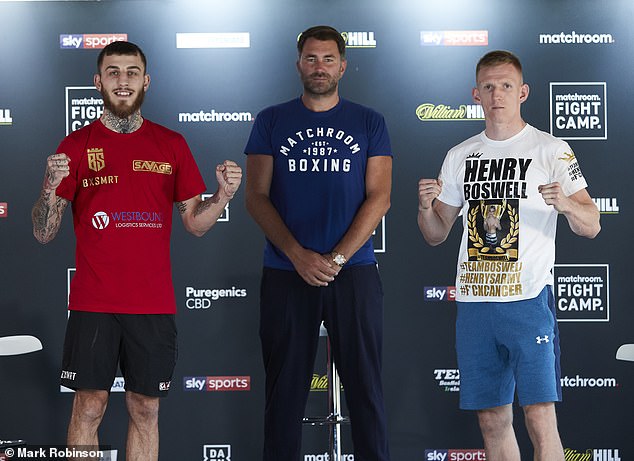 Clearly, a little needle has a long history of selling in boxing. But Vallily’s irritation seemed a touch more genuine. Before a sharp escalation, it started with questions about Wardley’s pedigree and status: ‘He’s had a few white-collar fights, banged out a few journeymen and is managed by Dillian Whyte. Wow. I haven’t lost any sleep over him. When I’m on my game, this fella doesn’t stand a chance.’

There was a lot more on the theme, before Wardley interjected to suggest his opponent had stepped up a weight division because he ‘couldn’t be bothered to train’. A basic exchange in the scheme of things would follow, before Vallily then told him, in a couple of expressions, that he ‘looked like a lesbian’, that he didn’t ‘give a f***’ about who Wardley has sparred and, for good measure, labelled him a ‘c***’. Hearn apologised for the language.

With respect to Sam Eggington and Ted Cheeseman, who have a fascinating fight at the top of the bill, they are in risk of being overshadowed.

The rest of the session passed with little incident, and the fighters resumed their positions, either in the outside space, gym or their rooms (Reece Bellotti has been passing the tedium by playing Mario Kart, Jordan Gill is watching Ozark, Sam Eggington’s coach Jon Pegg has brought Monopoly).

Once again, Vallily has disappeared from sight.

Pulev sparks fury after saying Joshua's 'tan is better than mine'

Conor McGregor’s cryptic tweet suggests comeback after latest retirement
UFC Fight Night viewers guide: Edmen Shahbazyan and his hype put to their biggest test yet
Best News
Recent Posts
This website uses cookies to improve your user experience and to provide you with advertisements that are relevant to your interests. By continuing to browse the site you are agreeing to our use of cookies.Ok