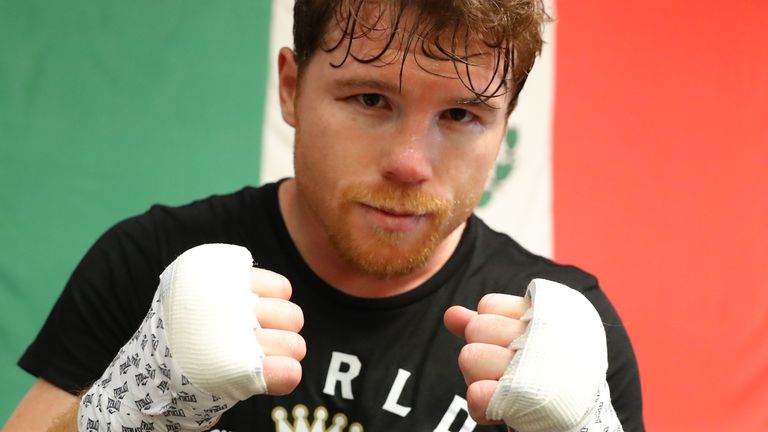 There is no chit-chat, no overfamiliarity and no hanging out afterwards at the local restaurant.

This is life as a sparring partner of Saul ‘Canelo’ Alvarez – it can be lonely, it can be intimidating, it is definitely punishing but surviving to the end of a camp will endear you forever to Mexico’s boxing phenom.

“I had good days sparring Canelo, and some not so good days,” Ben Alvarez, no relation, tells Sky Sports with a big exhale of breath. He still feels the pain but it has become worth it.

The life of a hired sparring partner for a high-profile boxer can be an unusual one but, for the select few who prove able to last the arduous distance without having to withdrew early with a crushed spirit, it is invaluable.

Manny Pacquiao prepared for four world title fights by sparring Dean Byrne who told Sky Sports that he earned respect by keeping pace on marathon runs around Hollywood. Pacquiao then opened up personally and together they enjoyed Thai dinners and did shots at the bar during the world champion’s 30th birthday party.

Gennadiy Golovkin, for another example, is noted by witnesses of leaving a trail of crumpled bodies, faceless and nameless, in his wake. Wladimir Klitschko had a who’s who of future heavyweight talent come through his training camps and he passed knowledge down to the likes of Anthony Joshua.

But Canelo is more withdrawn from his small, purpose-built crop of sparring partners.

Was there no closeness at all, even after several weeks?

“No. Just sparring. I would go to the gym to spar, that’s it,” Ben Alvarez explains.

“I was there to prove myself, show what I can do. There isn’t much talking involved. I was there for one reason, for one purpose.

“Do my rounds, then go home.

“It is welcoming but there is a business atmosphere.”

Ben Alvarez is a 24-year-old light-heavyweight who won his pro debut earlier this year. He is based in Canada but born in Chile; as such he speaks Spanish, which ticks a major box for Canelo’s team who can transmit their instructions to him quicker and easier.

His coach knew Chepo and Eddy Reynoso, Canelo’s father-and-son duo of trainers, who were initially sceptical about Ben Alvarez’s suitability as a sparring partner because he was still an amateur boxer. But after one training session, essentially a trial, he was kept on for the duration of Canelo’s preparation to eventually defeat WBO light-heavyweight champion Sergey Kovalev last year.

Canelo is described as “humble and respectful” and “a good guy inside and outside of the ring” but contact was kept to a bare minimum. Conversation was about boxing only.

“It is intimidating but also welcoming,” Ben Alvarez said of the training base in San Diego, California, which is also due to become the new home for Andy Ruiz Jr.

“Canelo arrives after me. When he gets to the gym, before he gets changed, he walks around the whole gym and says hi to everyone.

“Sometimes media and cameras would be there, sometimes it would be just my coach, the Reynosos and Canelo’s family watching.

“The atmosphere is serious. I’ve got to give it my all, we have to push him, we are there to make him work.

“At the beginning five of us started the camp. By the end they only kept me and Ronald Ellis. With me and Ronald, they had the right combination.

“I was tall, strong, bigger and heavier than Canelo so could push him. I was close to imitating Kovalev. I have almost a Russian style of fighting.

“The other guy gave Canelo a lot of rounds, he had great stamina.”

It is no mean feat to find acceptance where one of the world’s best boxers is fine-tuned. 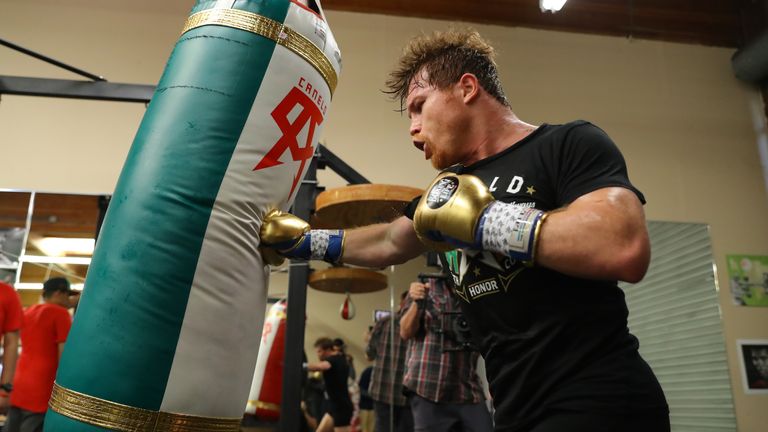 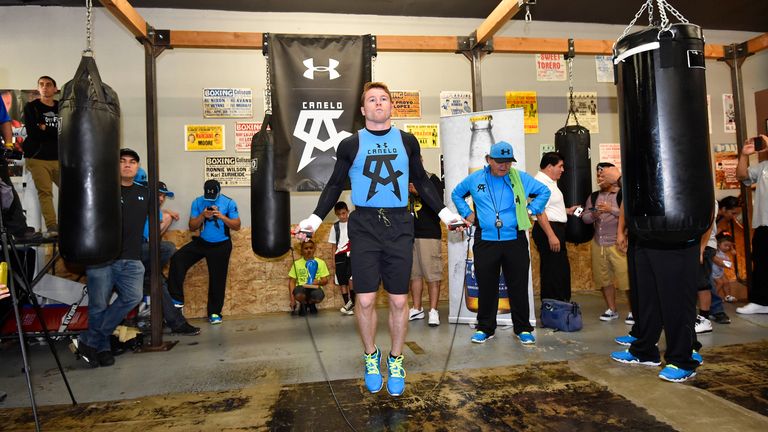 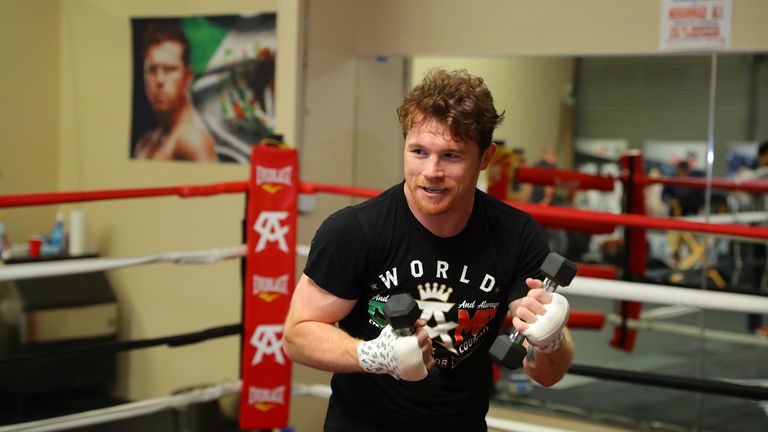 Ben Alvarez lets out a cry – that must be how it felt during the more painful sparring sessions with Canelo.

The question was; are you forced to earn respect in Canelo’s presence?

Ben Alvarez tries to explain what is required of him: “Canelo is a hell of an athlete and the best pound-for-pound boxer in the world, for me.

“He needs sparring partners who will push him, he needs different styles. You need to go 100 percent when you spar him or his coaches don’t like it. I had to surpass my own limits.

“Sparring him is a different dimension. It is crazy the level that he is, the IQ that he has. He has so much experience, he is so composed in the ring. He knows what you’re going to do before you do it.

“For most of the camp I did good, I pushed him. If I wasn’t doing my job they would have sent me home – that’s just how it is.

“I got better as a boxer myself by learning new skills. My eyes were opened to a new world, to a new level.

“There were times when I wasn’t having good days and they told me. One time I tried boxing Canelo at distance more than pushing him – I thought I was doing well but they didn’t like it. They wanted me to trade with Canelo, to push him.

“They asked me: ‘What’s wrong? You weren’t very strong today?’

“There is a special way they want you to push him. You have to do that. I’m there to help Canelo.

“He hurt me a few times to the body. He has great body shots but I never went down. I’m strong and tall, I have pride and ego.

“I wouldn’t go down.

“But he got me with three body shots in a row which hurt. Canelo is known to go to the body lots, and I tasted a bunch of them. I got hit more than I wanted to, but I just had to push through that and stay in the sparring.

“I was the biggest of the sparring partners so he went harder on me. I could take it, too.”

The reward for a vicious few weeks of sacrifice and agony?

The experience for a young prospect like Ben Alvarez is invaluable, to absorb how an elite champion like Canelo lives his life on both side of the ropes. Ben Alvarez has since won his pro debut by KO. He anticipates being asked back for Canelo’s next training camp, an invitation he accepts although he insists that it is for his own benefit, as well as the Mexican superstar’s.

Another reward? Finally a gentle easing of professionalism?

Conor McGregor net worth: How much is McGregor worth in 2020?

UFC Fight Night results — Jack Hermansson re-emerges as middleweight contender
Conor McGregor smokes suspicious cigarette as UFC star relaxes on France break
Best News
Recent Posts
This website uses cookies to improve your user experience and to provide you with advertisements that are relevant to your interests. By continuing to browse the site you are agreeing to our use of cookies.Ok