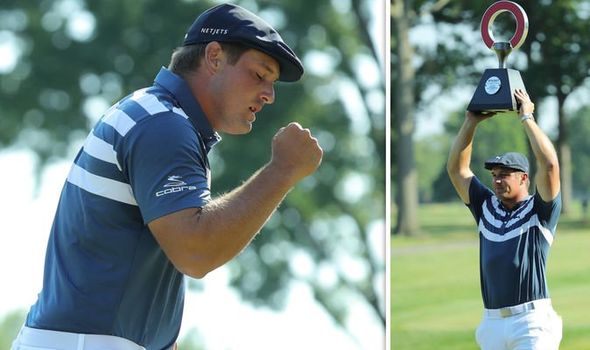 Bryson DeChambeau thinks he’s changed the future of golf after his first win since bulking up. The PGA Tour has become the Bryson Show in recent weeks with the American following up three top eight finishes with the sixth win of his career in the four events since the coronavirus suspension.

DeChambeau spent lockdown beefing up and is now the biggest hitter the sport has ever seen.

His 350.6 yard average at the Rocket Mortgage Classic even broke the PGA Tour’s shot link, the platform for collecting date, because his drives were getting so close to the green they were being counted as second shots.

DeChambeau returned to the Tour at the Charles Schwab as the biggest driver, surpassing Rory McIlroy and co, but his short game was wayward until this weekend.

He beat Matthew Wolff by three strokes and has carded 70 or better in the 16 rounds since the tour resumed.

And he reckons golf stars of the future will follow his move to bulk up to add on distance. 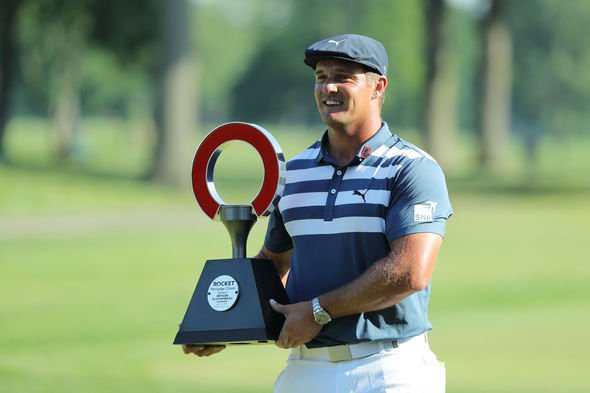 “This is a little emotional for me because I did do something a little different, I changed my body, changed my mindset in the game and I was able to accomplish a win while playing a completely different style of golf,” he said.

“And it’s pretty amazing to see that and I hope it’s an inspiration to a lot of people that if they set their mind to it, you can accomplish it.

“I think the most important thing is that I’ve shown people that there’s another way to do it and there’s going to be other people trying to come up and do it that way.

“Whether it translates on the PGA Tour, I don’t think so. It’s going to take a generation for this to all evolve into something different.

“I really think there are going to be a lot more players down the road trying to hit it as far as they possibly can, and straight.”

Kevin Kisner, who finished third, said: “It shows me how much time he has on his hands. He needs kids or something! He’s changed the entire way the game’s played.”

Slated to have fans, Memorial tourney now won’t
Bryson DeChambeau: Exhilarating to watch, but let down by a lack of self-awareness
Best News
Recent Posts
This website uses cookies to improve your user experience and to provide you with advertisements that are relevant to your interests. By continuing to browse the site you are agreeing to our use of cookies.Ok