It’s the kind of news that cuts across sporting boundaries. A bulletin guaranteed to provoke sadness and sympathy far beyond the buttoned-down world of members’ lounges and captain’s fourballs.

John Daly has spent the best part of three decades entertaining the public — golf fans and philistines alike — and upsetting the stuffed shirts who think they own the game. Just by being himself, mainly.

Colourful. That’s the term most often used to describe Daly. Larger than life, too. 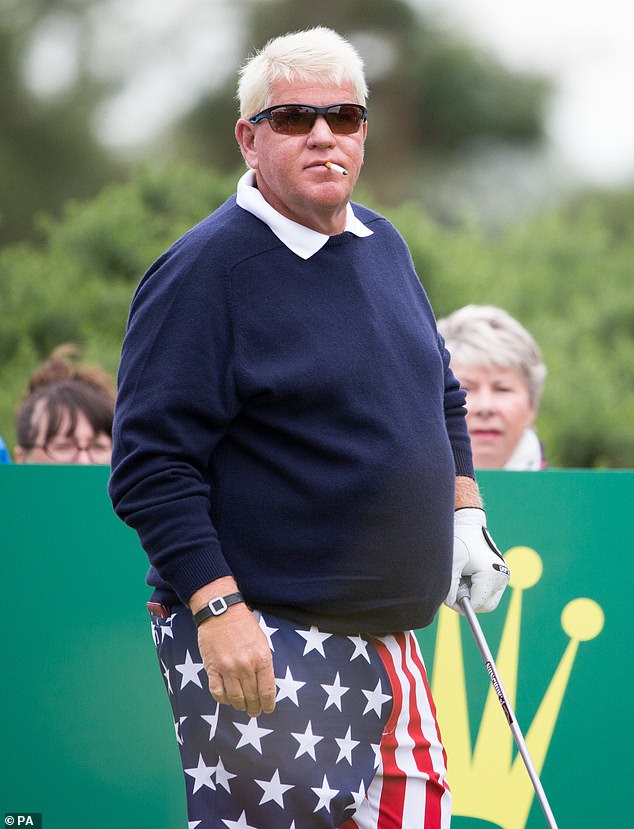 Which is why Friday’s news, the 54-year-old revealing that he had been diagnosed with bladder cancer, will have felt like such a hammer blow to so many.

Because, while the ‘Wild Thing’ has undoubtedly conducted his life in an inherently risky style, he has always seemed kind of indestructible.

No, that doesn’t make sense. But since when did concepts such as sense and logic ever apply to a guy who approached the biggest events as if he was on a stag-do golfing trip with his buddies?

The drinking (since replaced by a mild Diet Coke addiction), the smoking, the junk food, the gambling, the divorces, the top bombing, taking a grip and letting it rip… he’s been going full tilt since even before his Cinderella/Caddyshack triumph at the 1991 US PGA Championship from a starting position as ninth alternate. 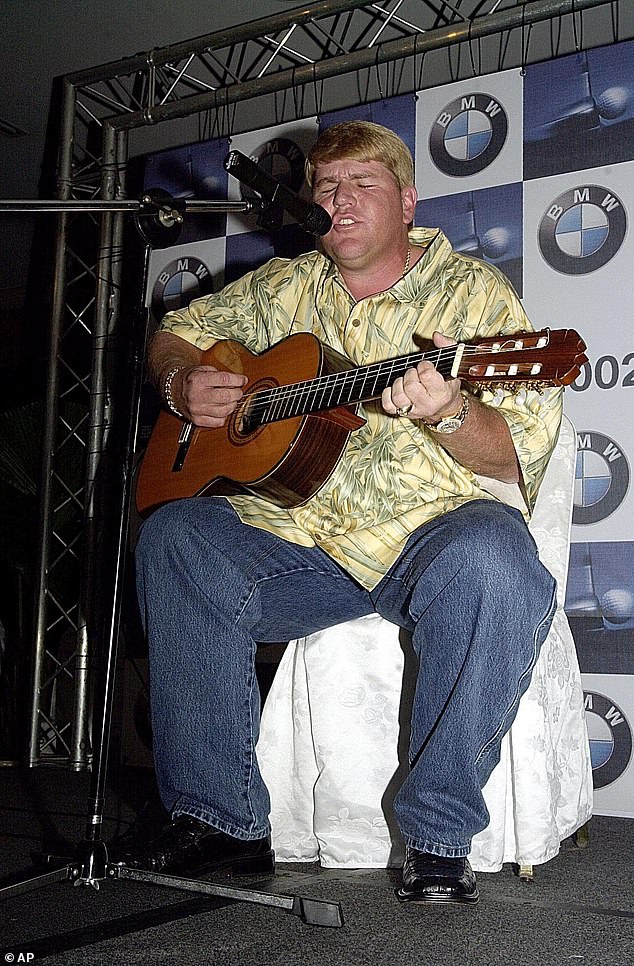 Twenty-five years on from an even sweeter win, Daly conquering the Old Course to win the 1995 Open in a play-off with Costantino Rocca, he’s still one of the most recognisable figures in golf.

And, no, that’s not all down to the natty line in high-vis trousers he’s been flogging.

This is a guy who used The Open going to Merseyside as an excuse not merely to make a pilgrimage to The Cavern, but to play a set on stage at a club where The Beatles first cut their teeth.

He actually showed himself to a be a pretty good guitarist and half-decent singer, despite his choice of mainly Bob Dylan numbers, during that bizarre late-afternoon matinee performance back in 2006. A player who eschewed the modern athletes’ tendency too refuel with bananas and peanut butter bars, Daly has been known to wolf down a McDonald’s between shots during a competitive round.

Every year at The Open, when fit and ready to play, he has been capable of filling the slowest pre-tournament day or enlivening a weather delay. 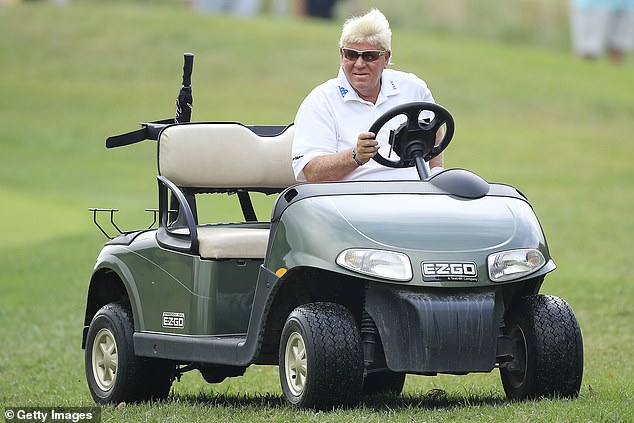 Anyone who spoke to him back on one Open Monday at St Andrews in 2005 will remember his explanation for not joining virtually every other surviving past winner at the traditional Champions’ Dinner, the Californian using the American term for a dress jacket as he declared: ‘You won’t get a coat and tie on this fat boy!’

Joking aside, and despite some of his follow-up comments on the subject proving too colourful even for the cuss-happy broadsheet newspapers, he was making a serious point about dress codes. And complaining about not being invited to attend solo, without wife number… well, whichever one that was.

He mellowed in later years, agreeing to turn up for the 2015 dinner at the R&A Clubhouse properly attired. In a St. Louis Cardinals baseball blazer.

To the younger generation, of course, he has only ever been that slightly mad old geezer who spent Masters week selling memorabilia from his RV. Parked outside a Hooters, obviously. 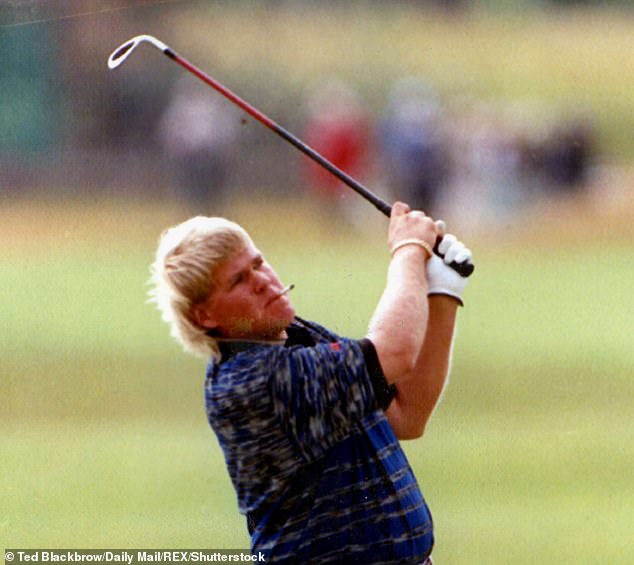 But you have to understand just how damned revolutionary Daly was when the rookie — and his mullet — exploded on to the scene with those two major victories in ’91 and ’95.

This was the pre-Tiger era, remember. In that 1995 season, the other three majors were won by Steve Ellington, Corey Pavin and Ben Crenshaw.

In the five years that spanned Daly’s biggest wins, the No 1 spot on the world rankings was held — at various different times — by serious figures like Nick Faldo, Nick Price and Greg Norman.

Nothing against any of the above. But you can see why Daly, whose prodigious hitting off the tee arguably set the tone for a long-distance arm race still running to this day, stood out.

Now that he’s received the most serious diagnosis? Well, he’s in no mood to back down.

Having broken his bleak news to the Golf Channel, he later took to Twitter to express his gratitude for the reaction, saying: ‘Hey All, thank you all so much for all the love, texts, msgs & support thru this!

‘It’s all still shocking for me but know I’ll do what I have in me to beat this! My whole life I’ve beaten the odds, so it’s NOT time to stop now!’ 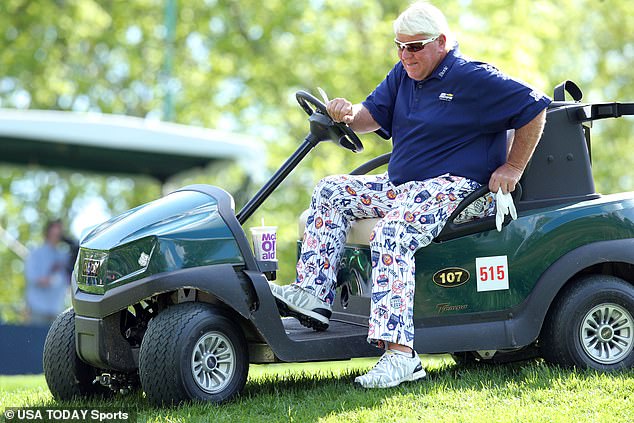 Speaking earlier about how a sore back had prompted him to seek medical attention, Daly revealed: ‘He (the urologist) said there’s an 85-per-cent chance it comes back. I’ve got to go back and see him in three months. They will probably have to cut it out again.

‘It’s probably going to come back, and then another three months that you don’t know.

‘Luckily for me, they caught it early. But it doesn’t look like it may go away. We will see what happens. Maybe there’s a miracle.’

On what he might do himself to slow the disease, Daly said: ‘I’m cutting way, way back on the Diet Coke and counting minutes before I can have a cigarette. I’m trying to quit smoking.

‘The doctors aren’t saying it’s too late. Unfortunately, it’s a cancer that keeps coming back.

‘If it comes back, it comes back. Six months to a year, if it doesn’t go away, I’m going to live my life. I’m gonna have some fun.’

He’s done a bit of that over the years. And provided plenty for the galleries who watched in awe as he smashed balls into the stratosphere or brought his gossamer touch to the most demanding greens at the Home of Golf.

Whatever happens next, he’ll not want for best wishes.

Wyndham Championship: Si Woo Kim leads by two after early ace in a 62

Amy Boulden goes low to surge into contention at Swiss Ladies Open
ANA Inspiration: Nelly Korda retains lead as Lexi Thompson stays in hunt
Best News
Recent Posts
This website uses cookies to improve your user experience and to provide you with advertisements that are relevant to your interests. By continuing to browse the site you are agreeing to our use of cookies.Ok