Justin Thomas has been crowned the PGA of America’s Player of the Year for a second time.

Thomas, who also awarded the accolade after his FedExCup victory in 2017, won three events during a shortened 2019-20 PGA Tour campaign and topped the regular season standings.

The award is based on a points system for wins, money list position and scoring average, with Thomas ending the season on 66 points and ahead of closest challengers Jon Rahm (56 points) and Collin Morikawa (54 points). Thomas received 10 points for each of his three wins – the CJ Cup, the Sentry Tournament of Champions and the WGC-FedEx St. Jude Invitational – plus 20 points for ending the regular campaign top of the FedExCup standings and 16 points for his third-place finish in the season-long scoring averages.

Webb Simpson finished fourth in the Player of the Year rankings, with world No 1 Dustin Johnson – who won the FedExCup and its $15m jackpot on Monday – rounding off the top five. 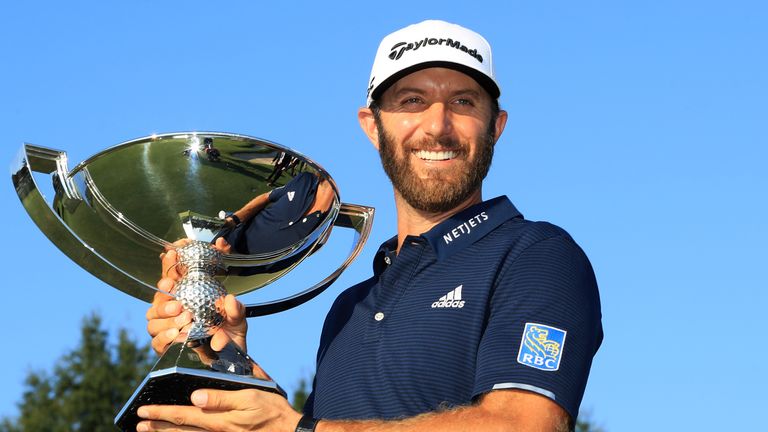 Simpson also earned the Vardon Trophy for the lowest scoring average, having posted an adjusted scoring average of 68.978 through 52 complete rounds to edge out Rahm (69.127).

Can Tiger Woods find his missing game in time for the Masters?

Shane Lowry to play Irish Open for first time since win at The Open
Shane Lowry trialling new clubs for PGA Tour return at Safeway Open
Best News
Recent Posts
This website uses cookies to improve your user experience and to provide you with advertisements that are relevant to your interests. By continuing to browse the site you are agreeing to our use of cookies.Ok