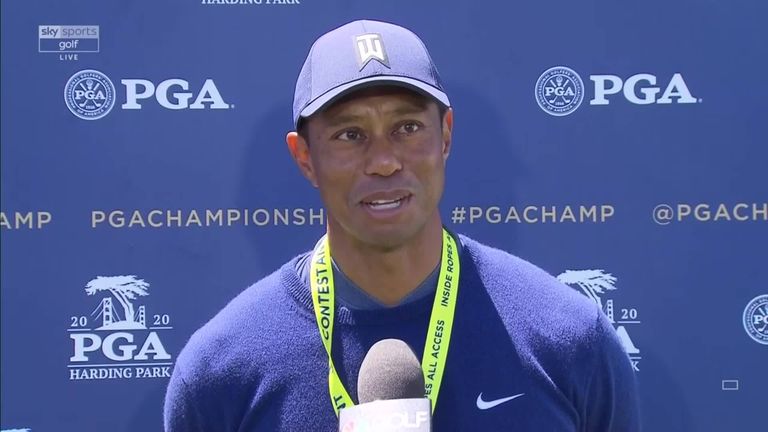 Tiger Woods was happy to validate his decision to put a new putter in play after opening the PGA Championship with a solid 68 at TPC Harding Park.

Woods was aware of the need to take advantage of the calm, soft early conditions to make a score, with his second round likely to be a tougher prospect with wind expected to pick up and dry out the course on each of the first two afternoons at the San Francisco resort. 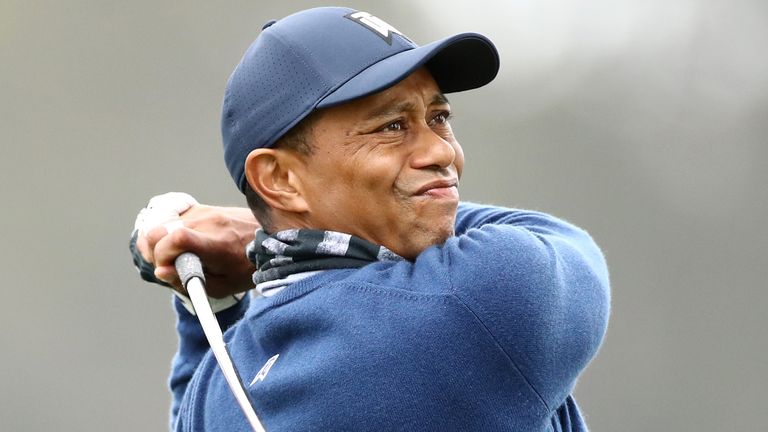 The 15-time major champion has made only one start since the resumption of tournament golf in June, but he enjoyed a positive start with birdies at two of his first holes, including a huge putt from outside 30 feet at the 13th before a tugged drive at 15 led to a bogey.

Woods erred again at the second, but he regrouped to make three birdies in four holes from the fourth before he was unable to scramble a par from one of the deep greenside bunkers at the treacherous par-three eighth, which was playing 237 yards long for the first round.

The 44-year-old decided to put a slightly longer putter in the bag this week to help ease the pressure on his surgically-repaired back, with the cooler conditions likely to restrict his movement, although he revealed he had his faithful 14-major winning putter on hand if needed.

“I’ve been messing around with this putter for the better part of over a year,” said Woods. “It’s difficult for me to bend over at times, and so practising putting, I don’t spend the hours I used to. It wasn’t unusual for me to spend four, five, six hours putting, per day. I certainly can’t log that with my back being fused. 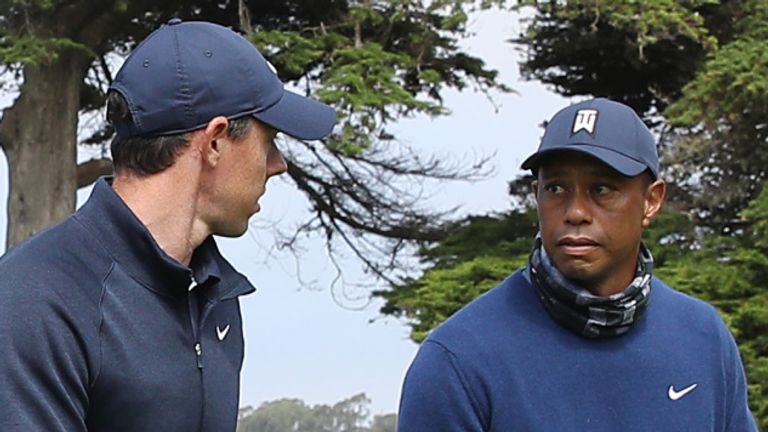 “Most of the guys on the Champions Tour have gone to longer putters as they have gotten older, because it’s easier to bend over, or not bend over. And so this putter is just a little bit longer and I’ve been able to spend a little bit more time putting.

“It’s also very similar to my sand wedge. I putt with my sand wedge all the time at home. I like the feel in my right hand. I like blading putts and hitting the ball in the equator. So it’s not unusual for me to be messing around with something a bit longer. I felt I was able to spend the time putting again and log in time, and felt like I was able to get ready for this event.” Woods also insisted he would never leave home without the Scotty Cameron putter that he has used to win 14 major titles, although he believes the occasional change of equipment is a good thing.

“There’s something familiar with my other putter, I’ve won a few events with it,” he added. “But every now and again, it needs to be benched and this was a good week for it.

PGA Championship: Tee times for second round at TPC Harding Park
Tiger Woods missed fairways but not opportunities to open the PGA Championship
Best News
Recent Posts
This website uses cookies to improve your user experience and to provide you with advertisements that are relevant to your interests. By continuing to browse the site you are agreeing to our use of cookies.Ok