In a more ordered world, picture the reception Phil Mickelson would have got as he bowed out at the end of his 28th and possibly last US Open at Winged Foot on Friday.

The darling of New York, where they’ve shared his dream and all the anguish. The great entertainer racked up four of his six runner-up finishes all over the state, from Shinnecock Hills on the tip of Long Island, to Bethpage within reach of Manhattan to Winged Foot itself, in the heart of white-collar suburbia.

Do you think they might have put their hands together one last time? They say New York is all about winners but Mickelson was the underdog they took to heart, as he tried to claim his majors against the mighty Tiger Woods. 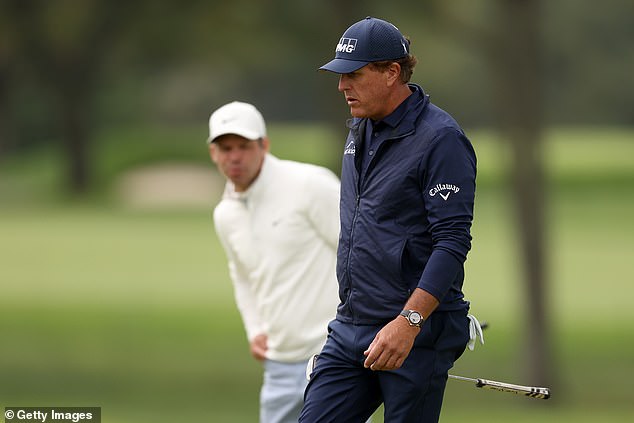 It was at Winged Foot where he sent a drive on the 18th crashing into a hospitality tent in 2006, precipitating his most heartbreaking loss of all.

On Thursday he returned, and hit practically every drive like that. ‘I’m sick of this,’ he muttered at one point, having arrived at the course four hours before his tee-time in an effort to find a solution on the practice ground. He hit just two out of 14 fairways and finished with a 79 for 143rd place out of 144.

Now 50, there was an obvious show of pride yesterday. There was one more Mickelson miracle blow, a three wood from ferocious rough that somehow finished on the 17th green. But the errors crept in as the finishing line drew near, including three putts from nowhere at his last hole. 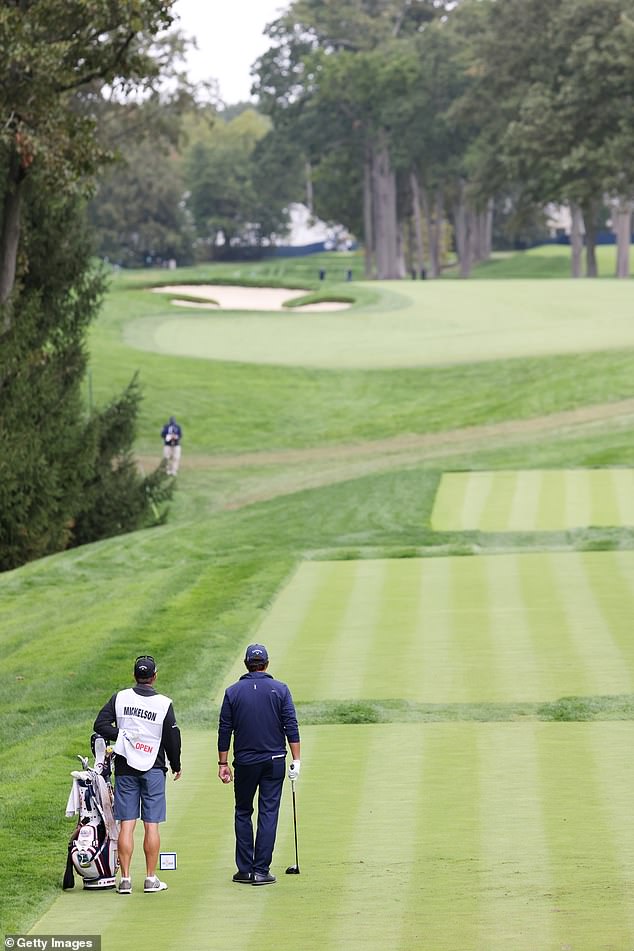 He closed with a 74. Is that it? Mickelson has already said he won’t accept a special exemption, claiming he will only play in the tournament if he qualifies on merit.

But next year’s edition is at Torrey Pines in San Diego. His hometown. Mickelson’s contribution to America’s national championship has been so rich, it surely can’t end with the sound of silence we had on Friday. It needs a stirring, rousing farewell.

Zozo Championship: Rory McIlroy more focused on winning rather than preparing for Masters

Westwood flies flag as English contingent make slow start at US Open
US Open leader Patrick Reed confident in pursuit of second major
Best News
Recent Posts
This website uses cookies to improve your user experience and to provide you with advertisements that are relevant to your interests. By continuing to browse the site you are agreeing to our use of cookies.Ok