Rory McIlroy was at the centre of a coronavirus scare after Nick Watney withdrew from the RBC Heritage event yesterday when he became the first PGA Tour player to test positive for Covid-19 since golf’s return.

The 39-year-old American, who had tested negative ahead of the tournament, reported symptoms ahead of his second round and pulled out after confirmation – but only after he had been chatting to McIlroy on the putting green.

Watney contacted McIlroy to inform him leaving the Northern Irishman – who played himself back into the tournament with a 65 – crossing his fingers that he has not been infected.

“He texted me because we had a chat on the putting green before I went out to play,” said McIlroy.

“I think he just wanted to tell me personally instead of having to read it through the news. So I appreciate that.

“We were at a distance but he was just saying: ‘look, I hope I didn’t get too close to you.’ He feels badly that he was here today at the golf course. I said: ‘Look, it’s fine. If I was in your position, I probably would have been here too. At this point, you just have to concentrate on getting better and getting healthy. It sucks for him.

“We’re still in the middle of a pandemic. Until this thing’s over, we all just have to stay vigilant and keep your distance and wear our masks if we’re going out in public and keep washing our hands.”

JUST IN: Nick Watney tests positive for coronavirus during the RBC Heritage event 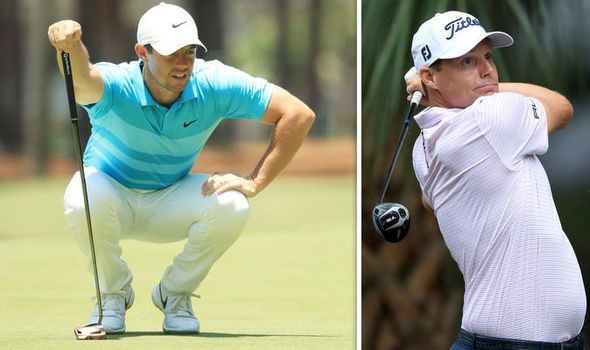 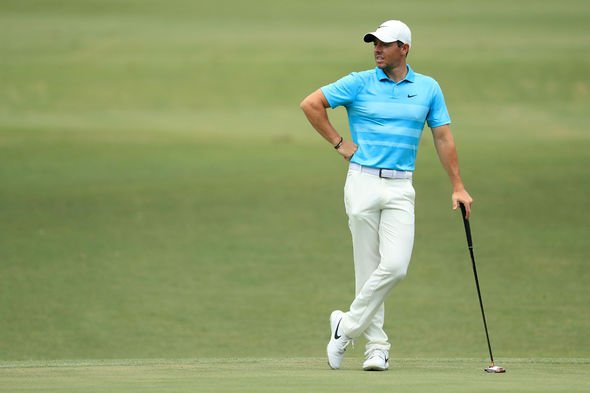 Watney must now self-isolate for ten days while organisers hope the virus has not been spread further afield.

Watney, who travelled privately to the event rather than on the PGA Tour’s chartered plane, was one of 369 players, caddies and officials tested ahead of the tournament in South Carolina. All 369 tested negative.

However his subsequent infection with the virus sent shockwaves through the field.

“It’s unfortunate Nick got it but at the same time, hopefully, it stays with just him and doesn’t spread because I think we’ll have a big issue on our hands if it keeps going as the weeks continue,” warned Brooks Koepka.

“I saw him this morning. I was right next to him in the parking lot.”

The tournament went on without Watney with Bryson DeChambeau, who was third at last week’s Charles Schwab Challenge, birdieing seven of his last nine holes to move within one shot of his playing partner Webb Simpson, the clubhouse leader.

Rory McIlroy, Phil Mickelson and Bryson DeChambeau put on a show in silence
Andrew ‘Beef’ Johnston makes Ryder Cup plea to organisers – ‘I don’t think it works’
Best News
Recent Posts
This website uses cookies to improve your user experience and to provide you with advertisements that are relevant to your interests. By continuing to browse the site you are agreeing to our use of cookies.Ok