The PGA Tour have decided not to cancel the Travelers Championship after a number of top players withdrew from the tournament ahead of Thursday’s first round. Golf in America has been one of the few sports returning to some capacity this past month.

The European Tour doesn’t kick off until July, but players based in the United States have been back playing tournaments since the start of June.

The Travelers Championship is the third edition of the Tour’s restart, but there was some concern at the RBC Heritage last week when Nick Watney became the first player since golf’s resumption to test positive for coronavirus.

It was later announced that 11 people who were in contact with Watney had been subsequently tested, but all tests came back negative.

Cameron Champ became the second player on the Tour to test positive for coronavirus ahead of this week’s Travelers Championship. 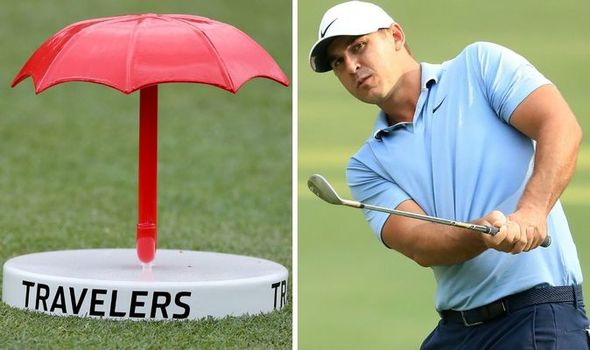 The caddies for both Brooks Koepka and Graeme McDowell have also tested positive, leading to both players withdrawing from the tournament under cautionary measures. Both players stated they haven’t tested positive for COVID-19.

“When I look at the last four to five days, I have experienced some fatigue and muscle soreness myself,” said McDowell.

“I didn’t think of it as COVID related, but rather just the effect of being back on the road, back practicing, back playing and just a little tired after having a few months off.

“But now that Kenny has tested positive – and we’ve spent a lot of time together the last 10 days – I have to take those symptoms more seriously. That is why I am withdrawing this week. I want to do the responsible thing.”

Rory McIlroy net worth: How much has he earned as PGA Tour restarts?

Webb Simpson, who won last week at the RBC Heritage, joined McDowell and Koepka in withdrawing as well as the latter’s brother, Chase Koepka.

PGA Tour commissioner Jay Monahan insisted despite the withdrawals, the Travelers Championship would go ahead.

And he is confident that the Tour’s protocols will prevent any tournaments having to be cancelled in the future.

“I think there are certainly scenarios where if you had a significant number of positive tests, or you could play scenarios where that would come into play and you’d have to be thinking along those lines,” Monahan said. 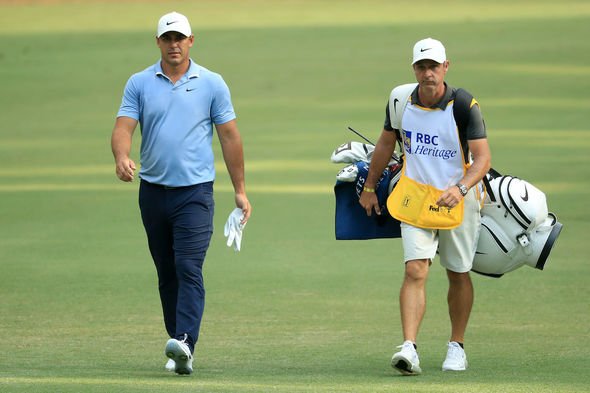 “But for us, we’re confident with the plan we have and we are very hopeful that we are not going to be in that position.”

Since the sport’s restart, the Tour state they have conducted 2,757, total tests, including on the Korn Ferry tour.

But the PGA Tour will have a decision to make in a few weeks as spectators are due to return at the Memorial Tournament on July 16-19.

The Tour has been adamant they will stick to that timeline, with a maximum of 8000 fans at any given time allowed on to the course.

Ryder Cup 2020: Should the event at Whistling Straits be postponed?
Travelers Championship 2020 tee times, TV coverage, live stream & more to watch Thursday’s Round 1
Best News
Recent Posts
This website uses cookies to improve your user experience and to provide you with advertisements that are relevant to your interests. By continuing to browse the site you are agreeing to our use of cookies.Ok