Phil Mickelson holds the lead at TPC River Highlands after shooting the second-lowest 36-hole total of his playing career but Rory McIlroy is among those in the chasing pack. Mickelson had carded an impressive six-under par in the opening round and he continued that good form into Friday.

Paired alongside big-hitters McIlroy and Bryson DeChambeau, Mickelson was the one who shone on Friday’s session.

The 50-year-old carded five birdies on the back nine to give him the overnight lead ahead of Will Gordon and Mackenzie Hughes, both of whom sit one shot behind on 12-under par.

McIlroy though is among the next group of players with a strong chance of making a charge being on nine-under par.

There are 11 players all sitting on eight-under par overall for the tournament, including Mickelson’s playing partner from the opening two rounds in DeChambeau. 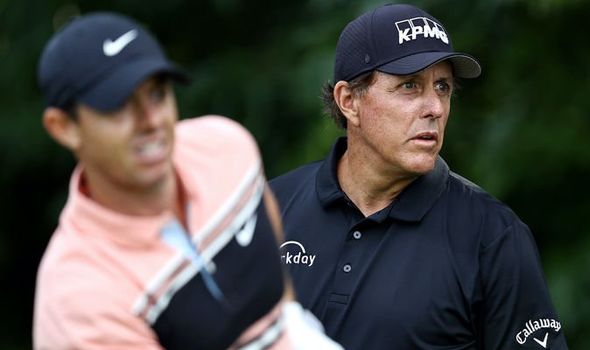 But there was a further blow to the event as Denny McCarthy became the latest player to pull out of the Travelers Championship on Friday after being the third player in a week to test positive for coronavirus.

Bud Cauley and Matt Wallace were paired with the American and the former also withdrew, but the English golfer chose to play on, although he failed to make the cut.

Due to inclement weather being expected on Saturday afternoon, the field will tee off of split tees from 7am ET (12pm BST).

A full list of tee times and groupings for Saturday’s action is available below. 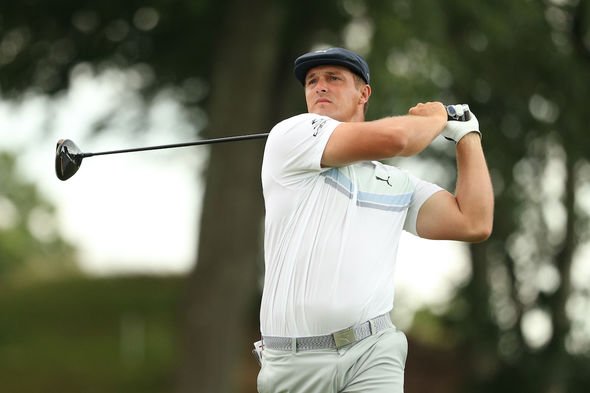 Masters 2020: Bryson DeChambeau rues ‘one of those weeks’ at Augusta

Matt Wallace plays on after Denny McCarthy’s positive coronavirus test
PGA Tour requiring negative test to enter ‘bubble’
Best News
Recent Posts
This website uses cookies to improve your user experience and to provide you with advertisements that are relevant to your interests. By continuing to browse the site you are agreeing to our use of cookies.Ok