Bernie Ecclestone has launched into a ferocious rant over his comments on Lewis Hamilton and racism within sport and society, saying: “It’s not my fault I’m white”. Ecclestone was called out by Hamilton after saying he believes black people can be more racist than white people, and has now doubled down on his statements. The former CEO also compared being black to being short, dismissing anti-police brutality protesters as not knowing what they’re doing and suggesting black people aren’t discriminated against when they are turned down for jobs.

Ecclestone hit the headlines for all the wrong reasons in the week after saying black people are often more racist than others.

The former Formula 1 CEO also claimed he had been too busy to deal with racial injustice during his time at the organisation.

His comments were condemned by the sport, and Hamilton branded his words as “ignorant and uneducated”.

But now, the 89-year-old has doubled down on his controversial remarks and launched into a bizarre rant on the subject. 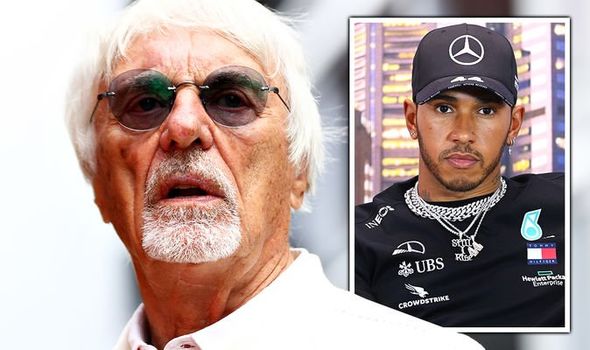 Speaking to the Mail on Sunday, Ecclestone insisted he wasn’t a racist, before appearing to indicate that racism isn’t an issue in society.

The former CEO also claimed Hamilton shouldn’t be regarded as the only black driver in the sport’s history, referencing Willy T. Ribbs’ test for the Brabham team in 1986.

He then went on to attempt to discredit protests against police brutality, and claimed it is “suddenly fashionable to talk about diversity”.

Ecclestone said: “I am not anti black people. Quite the opposite. I have always been very much in favour.

“In fact, Lewis’s [Hamilton] dad wanted to go into business with me. He made some nice rowing machines.

“I would never even have considered it if I had been anti-black. If the project had been right, I would have done it.

“I’ve been mugged a couple of times, once by three black guys. I ended up in hospital, but even after that I was never against anyone who was black. 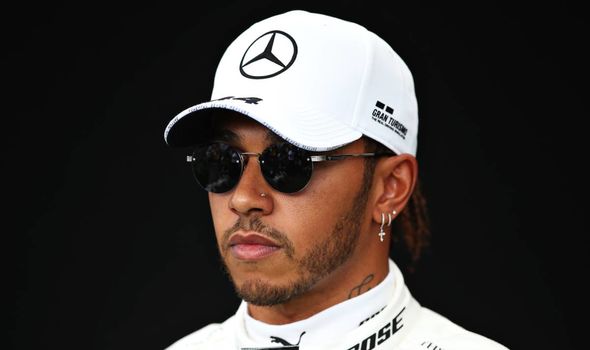 “I don’t think of Lewis as black or anything else. He’s just Lewis to me.

“If a black person or a white person gets turned down for a job you have to ask why. Was it because of their skin colour, or was it because they weren’t up to the job? That is what I was saying.

“And then people go on these marches, organised by quasi-Marxists who want to bring down the police, which would be a disaster for the country.

“If you asked most of them what exactly they were protesting about they probably wouldn’t know.”

Ecclestone then bizarrely compared the difficulties of being black to being short, and claimed black people need to learn to deal with it in the same way that he did.

He continued: “It’s not my fault I am white, or that I am a little shorter than the next man.

“I was called Titch at school. I realised I had to do something about it. Black people should look after themselves.

“[Former McLaren boss] Ron Dennis didn’t stand in Lewis’ way when he was a boy. He looked after him. Willy T [Ribbs] was the first black man to drive an F1 car, for me, in the Seventies. 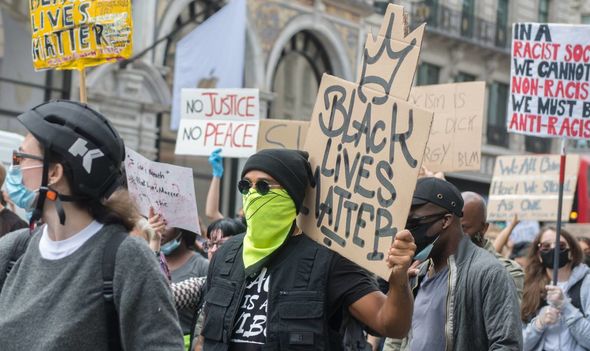 “When I lost my driving licence, I had a black driver, not because he was black, but because I didn’t care whether he was black or white. Now it’s suddenly fashionable to talk about diversity.”

There have been calls for Formula 1 to ban Ecclestone from events once the sport resumes, but the 89-year-old laughed off those suggestions.

He instead joked that his relationship with Russian President Vladimir Putin would help him get into a race there even if the sport banned him.

“Ban me from races? I wouldn’t advise them to do that,” he added.

“They might want to try it in Russia. I think I could probably find a pass.”

NASCAR Cup Series doubleheader at Pocono Raceway will pose unique challenges
Christian Horner insists Red Bull are ready to get back to action
Best News
Recent Posts
This website uses cookies to improve your user experience and to provide you with advertisements that are relevant to your interests. By continuing to browse the site you are agreeing to our use of cookies.Ok