Nascar driver Bubba Wallace rejected the FBI’s findings over the “misunderstanding” at Talladega Superspeedway by insisting the length of rope that was found in his garage stall was “a straight-up noose”, having been found to have been a door pulley that has been in place for more than half a year.

The FBI said on Tuesday that the incident had been a misunderstanding as photographic evidence showed the door pull had been “fashioned like a noose” as early as last October, which was long before last Sunday’s race at Talladega and the garage assignment that saw Wallace handed that specific pit stall.

Wallace, who is the only black driver currently in Nascar’s Sprint Cup Series, successfully campaigned for the Confederate Flag to be banned from all races, which triggered a number of protests at the Alabama circuit last weekend with numerous flags on display outside the circuit and a fly-over being organised alongside the words ‘Defund Nascar’.

But despite being told that he “was not the target of a hate crime”, an angry Wallace hit out at the finding and did not accept that it was a simple misunderstanding.

“From the evidence that we have — that I have, it’s a straight-up noose,” Wallace told CNN. “The image that I have, and I have seen, of what was hanging in my garage is not a garage pull…we’ve raced out of hundreds of garages that never had garage pulls like that.

The incident has seen Nascar thrust into the media eye worldwide, particularly due to the fallout of the killing of George Floyd last month that has triggered numerous ‘Black Lives Matter’ protests. Floyd was killed while in police custody, with a video showing a white police officer thrusting his knee into Floyd’s neck for nearly nine minutes while he struggled to breathe.

Wallace showed his support for the movement by running a special ‘Black Lives Matter’ livery at Martinsville earlier this month, before the incident at Talladega took place. However, despite stressing that he took measures to “make sure that we weren’t jumping the gun” when the noose was discovered by having his team check what Nascar officials had found, Wallace said that he remains angry with how it has been used by his critics to attack his character.

“I’m pissed. I’m mad because people are trying to test my character and person that I am and my integrity,” Wallace said. “They’re not stealing that away from me, but they’re just trying to test that.” 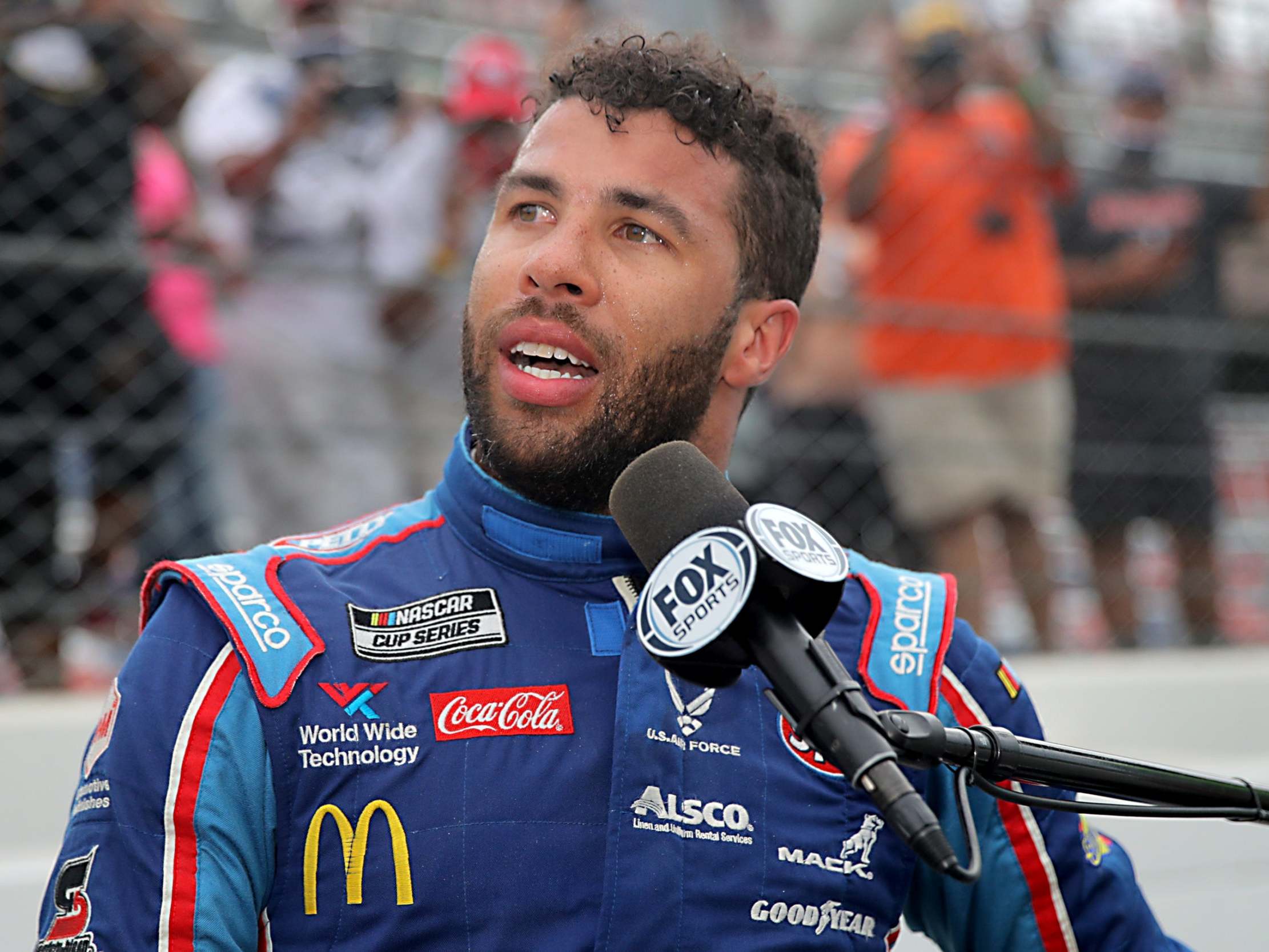 Nascar issued a statement on Tuesday to confirm the FBIs findings, and stressed that they will continue to “provide a welcoming and inclusive environment for all who love racing”.

It read: “The FBI has completed its investigation at Talladega Superspeedway and determined that Bubba Wallace was not the target of a hate crime.

“The FBI report concludes, and photographic evidence confirms, that the garage door pull rope fashioned like a noose had been positioned there since as early as last fall.

“This was obviously well before the 43 team’s arrival and garage assignment. We appreciate the FBI’s quick and thorough investigation and are thankful to learn that this was not an intentional, racist act against Bubba.

“We remain steadfast in our commitment to providing a welcoming and inclusive environment for all who love racing.”

Miller second, Vinales forced to bail out in eventful MotoGP

The Notebook: What’s the Austria pecking order? Ted Kravitz’s preview
McLaren boss Zak Brown on ‘tough’ 2020, midfield F1 aim & Racing Point
Best News
Recent Posts
This website uses cookies to improve your user experience and to provide you with advertisements that are relevant to your interests. By continuing to browse the site you are agreeing to our use of cookies.Ok