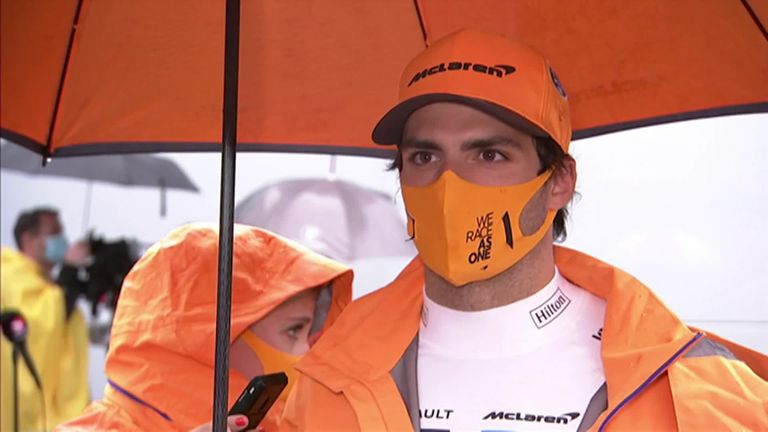 A thrilled Carlos Sainz reflected on one of the “most stressful” qualifying sessions of his career after the Spaniard played a starring role at the Styrian GP for his first top-three grid placing in F1.

🇦🇹My best Qualifying ever! One of the most stressful I remember, but also very rewarding. It was great to be given the chance to qualify on such challenging conditions. Visibility was tricky, but we made it count and we’ll be starting from P3!

Speaking to Sky Sports F1, the Spaniard said of the treacherous conditions: “You cannot imagine – literally. You guys cannot imagine what we are going through inside the cockpit.

“Aquaplaning at 300kph (186mph) and just doing everything you can to stay on track but to squeeze the absolute maximum out of the car.

“Q1 and Q2 weren’t too bad, not taking too many risks, and the track was really ready for inters, actually.

“All of a sudden in Q3 it started raining a lot and the track was getting worse but somehow the drivers managed to risk it more and get faster and faster. It was extremely exciting and I enjoyed it a lot.”

Can McLaren double up on Austrian podiums?

The qualifying result continues McLaren’s strong start to the new season amid the unprecedented Austrian double-header. 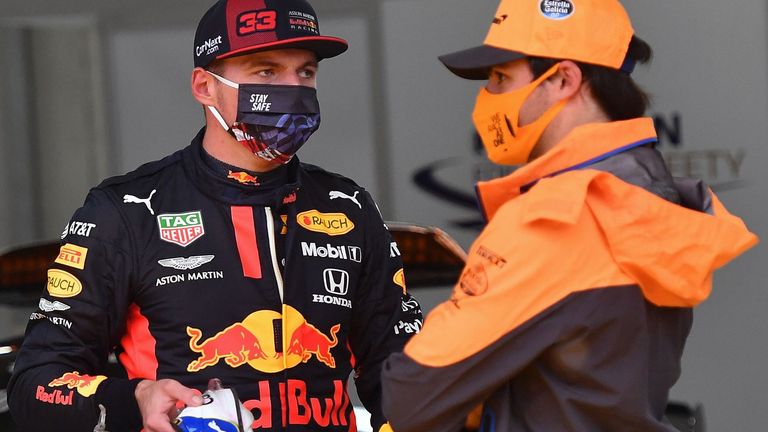 Lando Norris finished on the podium from third on the grid in dry conditions last week and Sainz’s performance on Saturday means McLaren will start with a car from inside the front two rows at consecutive grands prix for the first time since 2012.

“I didn’t think the car was going to be as good as it was in the wet,” admitted Sainz. “Especially because last year our car, the ’34, was not very strong in the wet.

“But this year, since we left the pits, the car felt on pace for more of where it should be. 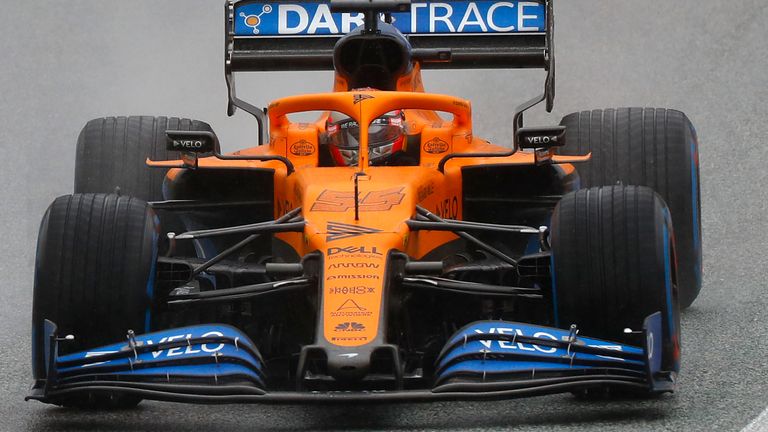 “At the same time, I think we finished P3 last weekend because Hamilton and Albon collided and all that, but what is important is that this year with this car if the others fail we are a bit closer to the podium.

Charles Leclerc handed three-place Styrian GP penalty for impeding
F1’s Styrian Grand Prix TV channel and live stream information
Best News
Recent Posts
This website uses cookies to improve your user experience and to provide you with advertisements that are relevant to your interests. By continuing to browse the site you are agreeing to our use of cookies.Ok