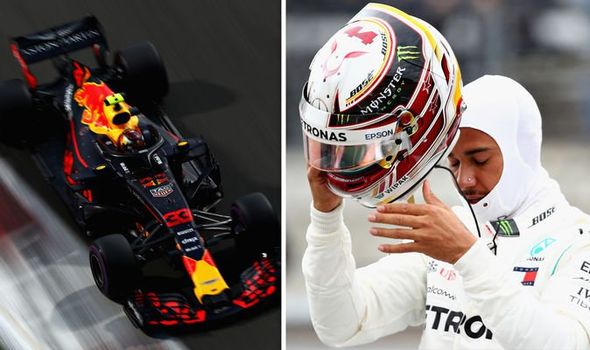 The rules and regulations around Formula 1 driver numbers has changed over the years. Until 1973, numbers were assigned by each individual race organiser, with permanent numbers being trialled midway through the season.

This was fully implemented the following year, with numbers issued based on the Constructors’ Championship positions from the previous campaign.

No 1 was assigned to the current world champion and this could only be changed if the champion driver moved teams.

From 1996, this number system was adjusted so that the world champion always used No 1, regardless of changing teams.

The rules were modified to their current guise in 2014, with drivers able to choose their own, permanent numbers between 0 and 99 to be used throughout their F1 careers.

Again, only No 1 can be selected by the world champion but they are not required to do so.

F1’s Sporting Regulations states: “Each car will carry the race number of its driver as published by the FIA at the beginning of the season or the race number that has been allocated to his replacement under Article 26.1(b)(iii).

“This number must be clearly visible from the front of the car and on the driver’s crash helmet.

“Prior to the start of the 2014 World Championship season race numbers will be permanently allocated to drivers by ballot, such numbers must then be used by that driver during every Formula One World Championship Event he takes part in throughout his career in Formula 1.

“A driver’s career in Formula 1 will be deemed to have ended if he does not participate in an Event for two entire consecutive Championship seasons.

“Any new drivers, either at the start of or during a season, will also be allocated a permanent number in the same way.

“The only exception to this allocation process will be for the reigning World Champion who will have the option to use the number one.

“The number that was previously allocated to him will be reserved for him in subsequent seasons if he does not retain the title of World Champion.”

Mercedes driver Lewis Hamilton has been racing with No 44, despite winning six world titles.

As the reigning champion, he is free to use No 1 but has declined to do so.

In an appearance on the Graham Norton Show last year, Hamilton explained why he still uses his old karting number.

“Naturally I think I am a target, but my race number when I was eight years old was 44,” he said.

“Even though I am number one, and I have been for the last couple of years and I should have number one on my car, I keep 44 on there.

“So every year I feel like I’m starting a clean slate and no one’s champion, but I want to be the champion.”

Like Hamilton, many drivers on the circuit also pay tribute to their karting days.

Red Bull’s Max Verstappen uses No 33 for the same reason, as does Ferrari’s Sebastian Vettel with the No 5.

Sebastian Vettel says being lapped in Hungary ‘not a surprise’, Ferrari call it ‘painful’ and ‘unacceptable’

F1 Italian GP LIVE: Follow all the action as Hamilton starts on pole

NASCAR at Indianapolis: Starting lineup, pole for Sunday’s race without qualifying
Jamie Chadwick opens up on securing life-changing move in quest for F1 history
Best News
Recent Posts
This website uses cookies to improve your user experience and to provide you with advertisements that are relevant to your interests. By continuing to browse the site you are agreeing to our use of cookies.Ok