F1 Belgian Grand Prix LIVE: Follow all the action from Spa as Lewis Hamilton looks to take a step closer to a record-equalling seventh world title with victory from pole position

Just who can stop Lewis Hamilton? That is the question everyone outside the Mercedes garage is trying to figure out as the six-time champion again starts a race on pole for Sunday’s Belgian Grand Prix.

It is the 93rd pole of his career and given Mercedes’ dominance in 2020, it is hard to look past him making it count over 44 laps at Spa.

Max Verstappen looks best to challenge in the Red Bull while Renault appear to have found enjoyment on this circuit with both of their drivers in the top six to start.

Follow all the action and the drama as it unfolds on track and on the pit-wall right here with Sportsmail.

Not long to go now until lights out here at Spa. Before we get going, there a few formalities to take place.

The drivers have lined up on the track in the F1’s End Racism movement, with Lewis Hamilton taking a knee for Black Lives Matter.

Now a minute’s silence will be observed to remember Anthoine Hubert, the drivers are standing in a circle around a picture of the young Frenchman who died a year ago.
The Belgian national anthem has been sung and the drivers now return to their cars with the seventh race of the season starting shortly.

Here are the tyres available for the race. The front three of Hamilton, Bottas and Verstappen will start on mediums, while fourth-placed Ricciardo is starting on softs.

Carlos Sainz is out of today’s race with exhaust failure.

He was due to start from 7th after a strong qualifying session yesterday, but he will miss out today.

The anniversary of Anthoine Hubert’s passing will be remembered this weekend with a minute’s silence before the race.

It is largely sunny here but rain is forecast in the first hour of the race – 51 per cent on my app.

I think we may get a good grand prix but that may depend on whether Lewis gets cleanly away. For the sake of the spectacle, I hope not. A drive from the back, please! 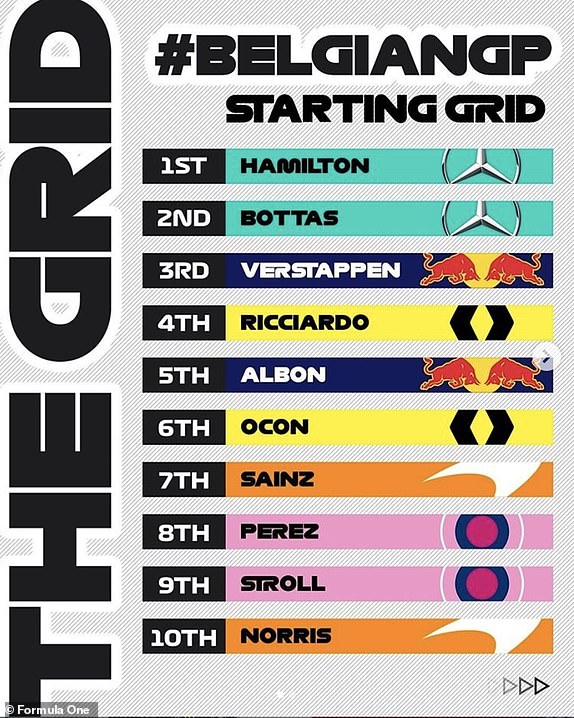 Hello and welcome to Sportsmail’s live coverage of the Belgian Grand Prix in Spa.

After a week off, the drivers are back in action this weekend as Lewis Hamilton looks to pick up from where he left off in Barcelona, with a dominant performance that saw him lead from start to finish in Spain.

He’ll be starting from pole position again, after a flawless display in qualifying on Saturday that saw him clock in half a second faster than team-mate Valtteri Bottas.

Stay tuned as we bring you all the action from today’s race, due to get underway at 2pm BST. 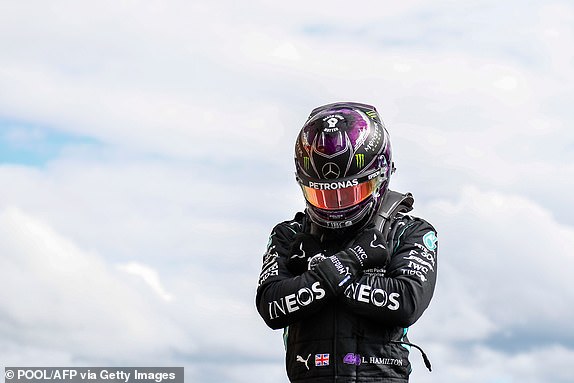 William Byron wins at Daytona as teammate Jimmie Johnson misses playoffs in final season
George Russell feeling ‘very thankful’ after escaping unscathed from collision
Best News
Recent Posts
This website uses cookies to improve your user experience and to provide you with advertisements that are relevant to your interests. By continuing to browse the site you are agreeing to our use of cookies.Ok