Lando Norris joked he had to deliver strongly in British GP qualifying once he had run a competition to design his crash helmet for the weekend, after McLaren’s young Briton took fifth on the Silverstone grid.

Norris has been involved in one of the feel-good stories of the F1 season so far after revealing a design for his home race created by a six-year-old girl called Eva.

The colourful doodle-style design has further caught the imagination as the ‘s’ in Norris was unable to fit on the same line – prompting the 20-year-old to rename himself on Twitter as Lando Norri S. 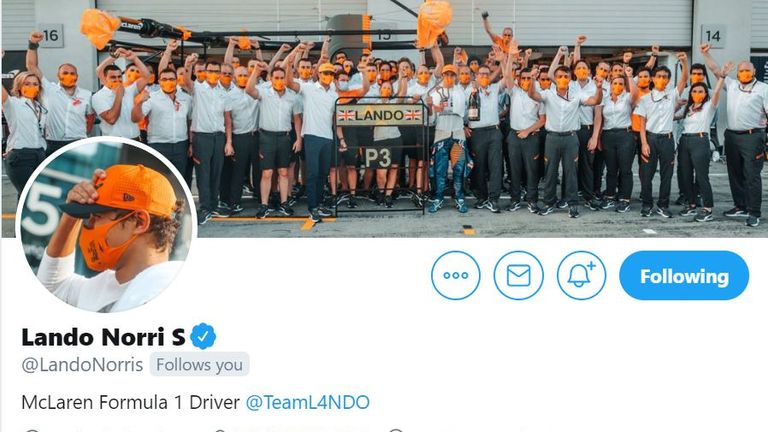 The McLaren driver was delighted to ultimately deliver in Q3 after finishing further down the orders in the first two qualifying sessions.

“She was a bit nervous that she did the design after Q1 and Q2 – she was like maybe I shouldn’t have done that! – but Q3 we came through and it paid off,” said Norris after qualifying to Sky F1.

The McLaren driver had finished Q1 just ahead of the drop zone in 15th place and admitted: “It wasn’t looking so hopeful in Q1 or Q2, but Q3 I got it in a good rhythm.

“I was making some mistakes in the first part of qualy. I went off in Q1 and did a little bit of damage but I recovered well and got back in the rhythm. But it’s just very difficult with the wind today, the cars are so sensitive – it’s incredible.”

Norris will head up row three, just ahead of Racing Point’s Lance Stroll.

“I’m very happy,” he said. “It’s better than I was thinking I could do. I think we outqualified a few quicker cars than us, but it’s only going to make tomorrow’s race a bit more difficult.

Jenson Button urges George Russell to avoid Lewis Hamilton Mercedes link up after Williams
George Russell drops five places on British GP grid for flags penalty
Best News
Recent Posts
This website uses cookies to improve your user experience and to provide you with advertisements that are relevant to your interests. By continuing to browse the site you are agreeing to our use of cookies.Ok