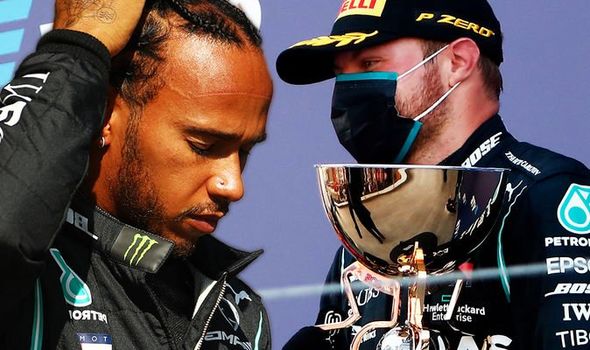 Hamilton, who started on pole position, was hit with a 10-second penalty for doing two practice starts before the race in the wrong place.

When quizzed on the punishment he received, the six-time world champion was short in his response.

“It doesn’t matter,” Hamilton said. “It’s done now. I’ll take the points that I’ve got and moved on.

“I didn’t really do much, congratulations to Valtteri.”

Hamilton took the stop-go penalty during an early pit-stop and when he emerged to join the field he was 11th. 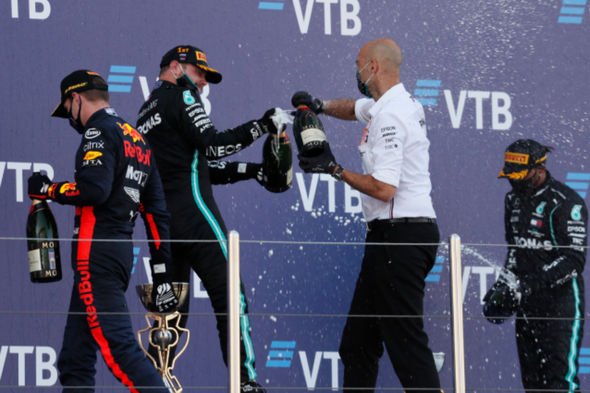 The 35-year-old fought his way through the pack to third but he was not impressed with his performance.

“I didn’t really do much,” Hamilton added. “I just held my position.”

Bottas got off to the perfect start as he overtook Verstappen and started to push Hamilton at the front.

However, there was an uninvited guest who almost put the Finn off when it joined him in his cockpit.

“The start was going to be the first opportunity – actually it was a bit compromised because there was a massive bee, or something, that hit my visor, so I couldn’t really see where I should brake, so that’s why I went too deep,” Bottas said.

“I knew it was going to be a long race. That, and with the medium tyre I had, with the opportunities – Lewis had the penalties – so once I was in clean air, I felt the pace was pretty awesome and I could really control everything.

“I wasn’t concerned [about Max Verstappen] because I knew how many opportunities there would be. Never give up, it’s been a good day.

“It’s nice to get a win, it’s been a while and I need to try and keep the momentum.

“Again, managed to squeeze a few points over Lewis but there’s still quite a few races to go, so you never know. I’ll keep pushing, I wont give up and we’ll see how it ends up.”

Meanwhile, Verstappen was delighted to get back on the podium after a tough month.

“I was just trying to do my own race today,” the Dutchman said. “I think we managed it well. I am very happy with second especially after two DNFs.

“After the restart we were a little slower on the medium, I was having problems with the balance. Once we were on the hard tyre we were a bit more competitive.”

Flames engulf cars after horror crash
Formula 2 race abandoned after horror crash and collisions as car catches fire
Best News
Recent Posts
This website uses cookies to improve your user experience and to provide you with advertisements that are relevant to your interests. By continuing to browse the site you are agreeing to our use of cookies.Ok