Lewis Hamilton is cut-throat but vulnerable

Lewis Hamilton, laying the machismo of motor racing aside, has revealed his mental fragility even as he closes in on Michael Schumacher’s record of 91 victories.

Triumph here in sun-dappled Monza — the Cathedral of Speed — would leave him just one short of the German’s pinnacle heading into the Tuscan Grand Prix in Mugello next Sunday.

Schumacher is a private man and a sensitive one, but his pride — and perhaps decorum — inhibited him from sharing any of the concerns he carried on his journey to seven championship titles and fame. 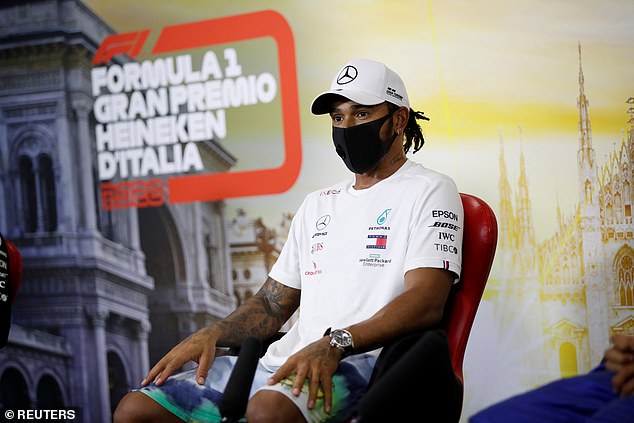 But Hamilton, 35, feels no such qualms and this week bared his soul like never before.

‘There are two sides to me,’ said the Briton, who took his 94th career pole on Saturday with the fastest lap in Formula One history, at an average speed of 164.267mph.

‘First, there is the side you see on TV. The competitive, cut-throat, hungry racer. When the visor is down I come alive, all my fears, insecurities and doubts are cast aside and my focus kicks in and I will not break until the job is done. It feels like I get to have the superpowers I always dreamed of having, but just behind the wheel. 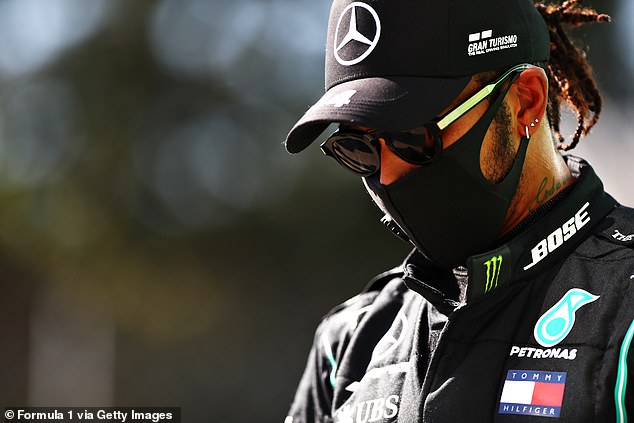 Hamilton says his ‘fears, insecurities and doubts are cast aside’ when he competes

‘Second, there is me. Someone who is figuring life out day by day. Who is trying to find inner peace, manage time, balance work and life, find time for family and friends. Working on managing my emotions and trying to fit in the other things I’m passionate about. Like many of you, I’m trying to do my best in everything.

‘I have a lot of difficult days. Especially in the (Covid) bubble we’re currently in. You get lonely, you miss your friends and family, and with back-to-back race weekends it means there’s not much time for anything but work. So I’m grateful for the ones closest to me for helping me to keep a balance, even if it’s just through text, phone or FaceTime.’

Turning ‘agony uncle’ to his 20 million Instagram followers, he added: ‘It’s never a bad thing to ask for help if you need it, or tell someone how you feel. Showing your vulnerable side doesn’t make you weak. Instead, I like to think of it as a chance to become stronger and better than you were.’

Hamilton is spending most of his time in his motorhome parked up in track car parks as the season pings across Europe at breakneck speed. Sunday’s race, in which he will share the front row of the grid with Mercedes team-mate Valtteri Bottas, is the eighth round in 10 weeks. 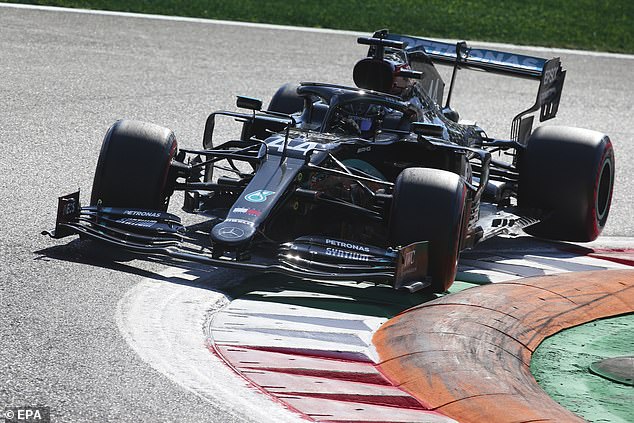 That scheduling, brought about by Covid-19, and the pressures it brings may explain some of Hamilton’s more shrill, hectoring social media posts, which have included calling out his fellow drivers for failing to demonstrate adequately their anti-racism beliefs. ‘I know who you are and I see you,’ he wrote.

On the track Hamilton has been in command, helped by the Mercedes dominance and Bottas’ lack of zeal. Indeed, the champion admitted only last week when he cruised to victory in Belgium that if he were a fan, he would be bored by the procession and only watch the highlights.

On Saturday Hamilton was seven-hundredths faster than his No2, with McLaren’s Carlos Sainz third best. And as for Hamilton setting the fastest lap ever recorded, Sky’s Paul di Resta seemed underwhelmed. The Scot described the deed as ‘steady’. Like Caravaggio was a decent painter. 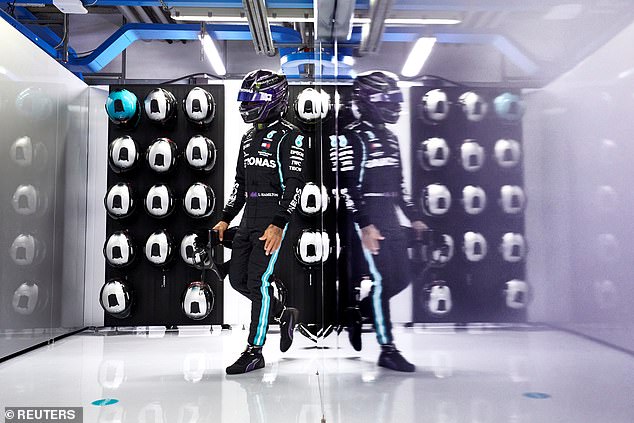 Hamilton is enjoying a season of dominance, and yet some observers remain underwhelmed

As for the one-sidedness Hamilton is enjoying this season, it has happened in the past. Jim Clark, Sir Jackie Stewart and, most obviously, Schumacher were in machinery that set them apart.

If only Nico Rosberg were around. Or Red Bull’s Max Verstappen paired with Hamilton, denting his in-cockpit serenity. Then we would be on the edge of our seats, just as we were when Ron Dennis pitted Ayrton Senna and Alain Prost against one another at McLaren.

There was an attempt to slow Mercedes down here on Saturday with a new regulation banning what Hamilton once called ‘party mode’ — a boost that was believed most to help Mercedes in qualifying. Well, that made a lot of difference.

The predictability, no slight on Hamilton’s skills, is a danger to the sport. Mercedes boss Toto Wolff said: ‘One idea I voiced last week was to open up the intercom channels between the pit wall and the garage, which would show how much drama goes on in winning a race. Sport has to deliver entertainment.’

Mick Schumacher wins in F2 in ‘ray of sunshine’ for Ferrari at Monza
Carlos Sainz girlfriend: Who is the McLaren driver dating?
Best News
Recent Posts
This website uses cookies to improve your user experience and to provide you with advertisements that are relevant to your interests. By continuing to browse the site you are agreeing to our use of cookies.Ok