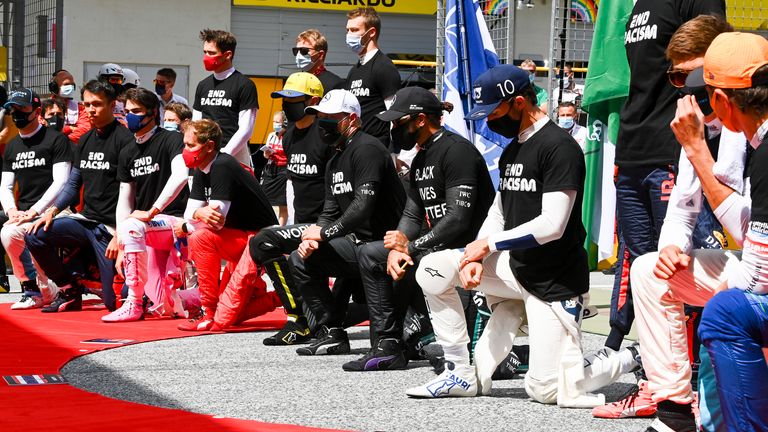 Lewis Hamilton was joined in taking a knee by the majority of his fellow drivers ahead of F1’s second race of the season at the Styrian GP, with some drivers again opting to stand.

As at last week’s Austrian GP, all 20 drivers again wore T-shirts featuring the words ‘End Racism’, with Hamilton’s also saying ‘Black Lives Matter’ on the front, amid the sport’s continued stand against all form of discrimination.

Of the 16 drivers who were present at the front of the grid for a short gathering ahead of the Austrian national anthem, 12 took a knee with four standing. The image of the drivers was briefly shown on the world feed.

Other team personnel also took a knee on the grid. 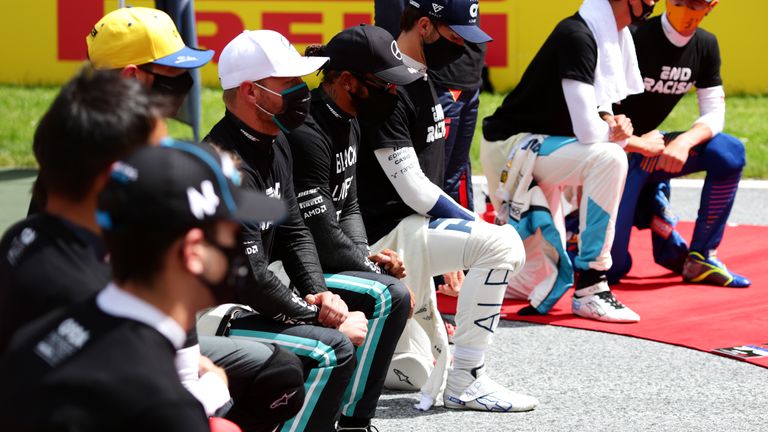 The lack of a collective knee among the drivers has against prompted debate for the second weekend running about whether it marked a sufficiently united show of support.

The F1 drivers each explained to Sky F1 on Thursday why they did, or did not, decide to take a knee at last Sunday’s Austrian GP. Six drivers stood then, with 14 kneeling. 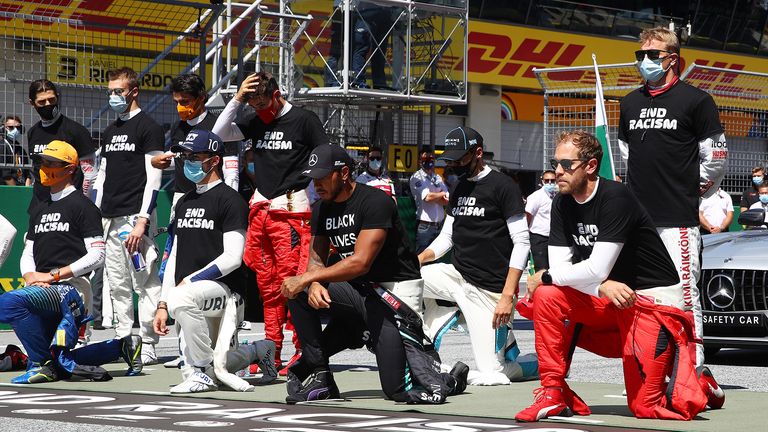 “I think as an image, yes, I agree it doesn’t look so good with some standing and some kneeling. But the important thing for me is when it comes to what they have to say about ending racism, they all agree,” said Sky F1‘s Jenson Button.

“We as Formula 1 need to be pro-active in pushing forward in ending racism and We Race As One. It can’t go quiet – we need to mention it every race. And we can’t just be mentioning it, we need to be proactive in making change.” 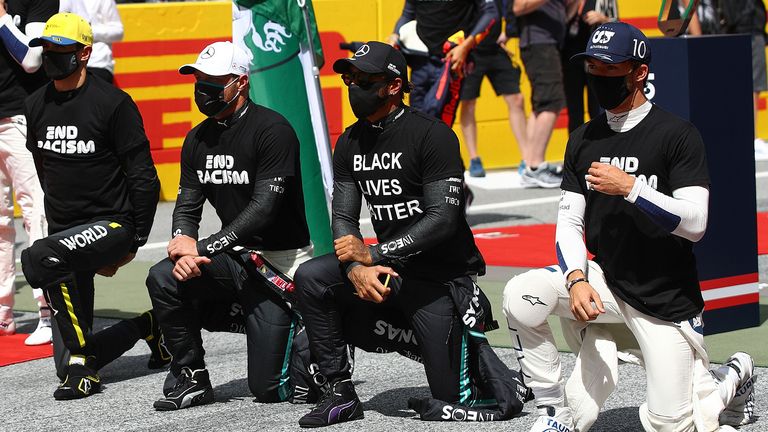 Speaking to Sky F1 on Friday, Mercedes boss Toto Wolff said the taking of a knee should not be made into a polarising issue within F1.

“We have to be non-judgemental. Nobody from the drivers is a racist,” said Wolff.

Styrian GP: Lewis Hamilton takes first F1 2020 win, Ferraris collide
Lewis Hamilton gets F1 title bid up and running with Styrian GP victory
Best News
Recent Posts
This website uses cookies to improve your user experience and to provide you with advertisements that are relevant to your interests. By continuing to browse the site you are agreeing to our use of cookies.Ok