Lewis Hamilton has joked he will be performing a “dry dance” in the hope qualifying will not be cancelled altogether this weekend for the Styrian Grand Prix. Teams are preparing for a total wash out on Saturday at the Red Bull Ring with torrential rain forecast all day.

FIA race director Michael Masi has already explained contingency plans are in place should both the final practice session and qualifying be cancelled.

The weather is expected to clear up by Sunday and one idea would be to push back qualifying to Sunday morning.

It’s not highly unusual for F1 to push back qualifying to Sunday morning with last year’s Japanese Grand Prix having to do just that due to the Super Typhoon Hagibis.

But if that isn’t an option then the alternative would be to decide Sunday’s grid from the second practice session. 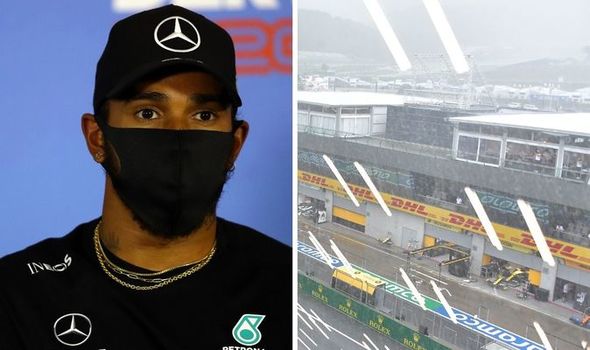 That would come as great news for Red Bull’s Max Verstappen, who pipped Valtteri Bottas for the fastest time.

But Hamilton endured another frustrating session as he could only manage the sixth fastest lap.

The six-time world champion has struggled at the Austrian track in recent years, finishing no higher than fourth in his last four races.

Last week, he was handed a three-place grid penalty for ignoring yellow flags during qualifying, meaning he started fifth for Sunday’s race.

The 35-year-old subsequently struggled to find the pace to catch Bottas, who would go on to win the race, before being handed a five-second penalty after a collision with Alexander Albon which would ultimately cost him a place on the podium.

With fears Saturday’s qualifying session may be a wash-out, Hamilton may have to start even further back on the grid this Sunday. 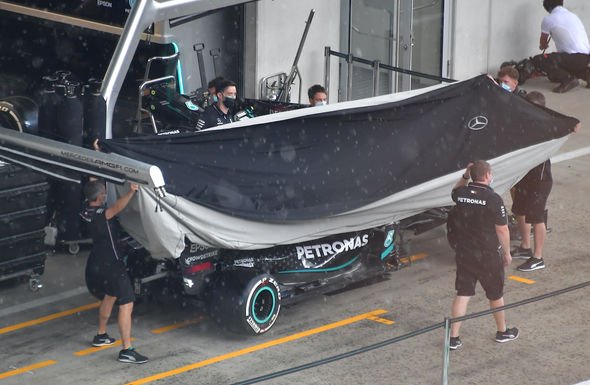 And Hamilton has joked he will be doing a “dry dance” in the hope the heavy rain won’t cancel qualifying altogether.

“If we had to start [from FP2 classification] that would definitely suck if we didn’t get to qualify,” he said.

“FP2 wasn’t great and I’d be starting further back than I was last week.

“It will definitely make it challenging and I’ll have to try to do the ‘dry dance’ if there is one to make sure there’s no fricking rain for Sunday.”

How Hamilton has ditched the 'playboy' image and grown in maturity

Ferrari Styrian GP upgrade: Sebastian Vettel, Charles Leclerc’s verdicts
Lewis Hamilton reveals Fernando Alonso return ‘bonus’ as star makes Sebastian Vettel plea
Best News
Recent Posts
This website uses cookies to improve your user experience and to provide you with advertisements that are relevant to your interests. By continuing to browse the site you are agreeing to our use of cookies.Ok