Lewis Hamilton will be knighted after winning his seventh F1 world championship, according to reports. The Mercedes driver is now level with the great Michael Schumacher in being the most successful man in the sport.

Hamilton, 35, dominated the 2020 season, blowing away the rest of the field including team-mate Valtteri Bottas.

As well as his work on the track, the former McLaren man has taken the lead in trying to make Formula One a more inclusive environment.

Hamilton called for F1 to be better in their Black Lives Matter support and there is now a period before every race where some drivers take the knee.

Yet despite his on and off-track accomplishments, the Mercedes driver is seen by many as undeserving of being given a knighthood, despite The Sun’s claims.

That was underlined by comments made by Ronnie O’Sullivan earlier this week.

O’Sullivan, 44, told the Daily Star: “I think it’s difficult to say where he is [among the country’s sporting icons]. 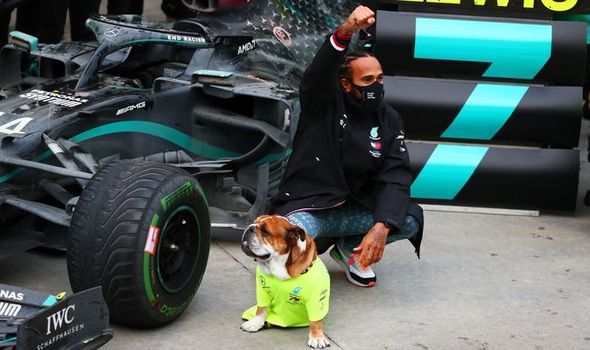 “A lot of the sports I watch… the people that have done it, you have to look whether it’s a level playing field.

“If you have a car that is going a second a lap quicker than the other cars, in theory all he has to beat is his team-mate [Valtteri] Bottas – who seems to be comfortable and happy playing second fiddle.

“Snooker is like that, too, with a level playing field. In boxing certain boxers avoid certain fighters so that makes it hard for them to have credibility unless they fought the best.

“That’s why you have to give credit to people like Tyson Fury because you know they won’t duck anyone and will fight anyone anywhere at any time.

“I just think sport is where there is no advantage.

“You don’t get to choose your opponent or have better equipment. So for me, [Roger] Federer, [Rafael] Nadal, [Novak] Djokovic, Phil Taylor in darts, Tiger Woods, [Lionel] Messi, [Cristiano] Ronaldo… it’s there to see.

“I wouldn’t have felt as good about my career in snooker if I had been playing on a table where the pockets I was using were bigger than my opponent’s.

“At least in snooker everyone has the same equipment and it is totally a level playing field. I don’t choose my opponents or the table.”

Hamilton does have the dominant car on the F1 grid but he has more than proven his talents as one of the quickest drivers in history throughout his career.

His first championship win in 2008 with McLaren was won by a single point from Felipe Massa in the Ferrari. 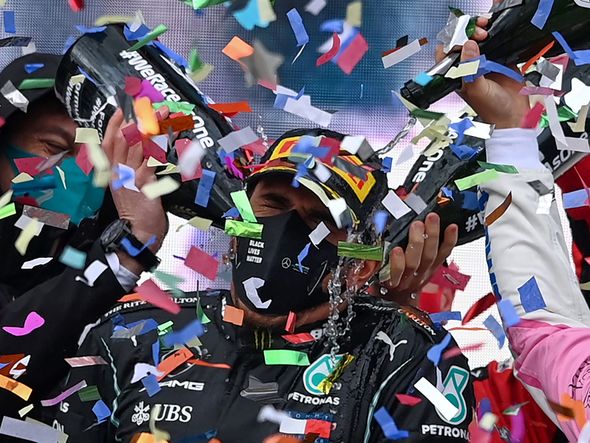 Hamilton’s team-mate Heikki Kovalainen could only manage seventh in the standings.

F1 is also a team sport but the driver takes more of the credit as he is ultimately responsible for maximising the performance of the car.

Hamilton has underlined how good he is at that by trouncing Bottas – a fine driver rated by many – repeatedly in recent years.

In 2017, Ferrari had a car which was on par with the Silver Arrows but once again the 35-year-old came out on top.

Hamilton has proven time and time again to have the best strategic brain as well as the pace when he needs it on track.

The recent win in Imola was a good example of this as was his call to stay out on old intermediate tyres in the last race in Istanbul.

F1 is a unique sport and maybe it cannot be directly compared to the likes of tennis, snooker and golf as O’Sullivan suggests, but that should not detract from the incredible records Hamilton is setting.

Perhaps the best comparison is that of Lionel Messi and Cristiano Ronaldo who shine as individuals in a team sport.

Hamilton can be looked at in this light as Mercedes work together to give the fastest driver on the Formula One grid the car for him to maximise his talents.

The same can be said for Barcelona and Juventus as they play to make sure Messi and Ronaldo can have the biggest impact possible.

For my money, Hamilton’s knighthood could not be more deserved.

Lewis Hamilton set to receive knighthood after winning historic seventh F1 title
Best News
Recent Posts
This website uses cookies to improve your user experience and to provide you with advertisements that are relevant to your interests. By continuing to browse the site you are agreeing to our use of cookies.Ok