Jenson Button has gone out on a limb and offered Lewis Hamilton some very frank advice on his team-mate Valtteri Bottas, who he says is “nowhere near him”. Instead, the former world champion says that Max Verstappen should be partnering Hamilton at Mercedes.

Lewis Hamilton has been told he needs to change team-mates to Max Verstappen as Valtteri Bottas isn’t giving him enough competition.

Hamilton is within touching distance of another world title with just four races to go this season.

The Brit has won an incredible nine of the 13 Grands Prix so far, with Mercedes pal Bottas claiming the other four. 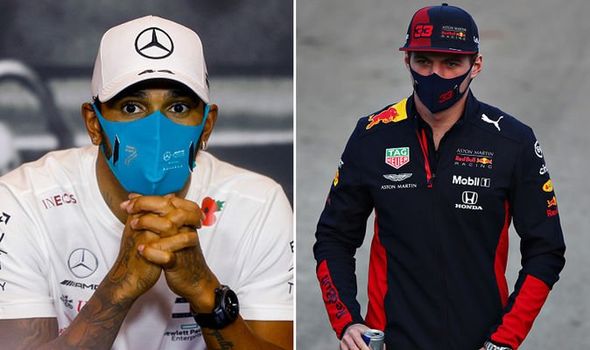 But Jenson Button reckons that Hamilton needs someone to push him even harder – and that man is Red Bull’s Max Verstappen.

“Comparing records is a tricky one,” Button told Autosport.

“We all like a number and we all like to beat a number, but it’s really difficult to compare. 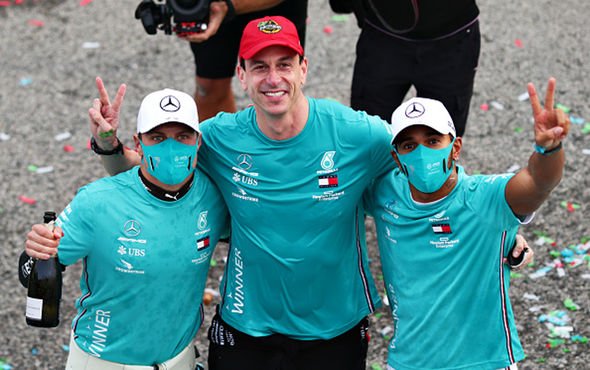 “All you can say is he’s done the best job he can and the team have done a fantastic job, they’ve not been beaten in the hybrid era and Lewis has won all but one Championship with them.

“I don’t see that changing either. It’s going to continue until he stops, or until he gets a team-mate that can actually challenge him.

“He’s definitely learned from his team-mates, and he’s definitely a more rounded driver than when we were team-mates. But if he had a team-mate like Max [Verstappen], we would see a different driver from Lewis.

“He needs to have that challenge, otherwise he’ll just keep doing the same thing and he’s going to keep winning the Championship.

“He needs somebody that’s going to challenge him and Mercedes. You can’t blame them because it’s easier if they’ve got one guy who is quicker than the other.

“I know Valtteri gets close in qualifying and sometimes out-qualifies him, but race pace compared to Lewis this year, he’s nowhere near him.”

Grand Prix boss hopes for crowds up to 50,000 at modified Albert Park venue
W Series added to F1 support bill for eight races in 2021 season
Best News
Recent Posts
This website uses cookies to improve your user experience and to provide you with advertisements that are relevant to your interests. By continuing to browse the site you are agreeing to our use of cookies.Ok