Nico Rosberg insists the likes of Max Verstappen and Valtteri Bottas will not be happy hearing that Lewis Hamilton is “just getting started” despite having won his seventh Formula One world title last weekend and has warned the pair they must be “100 per cent perfect” across a season to beat the Brit.

Hamilton tied Michael Schumacher’s record for most F1 titles with victory at the Turkish Grand Prix on Sunday, giving him his fourth successive’ drivers’ championship.

The 35-year-old has been dominant in the sport’s hybrid engine era, winning six of seven available titles and only being denied by Rosberg in 2016.

The German opted to retire while on top and Valtteri Bottas has since been unable to match quite the threat Rosberg posed to Hamilton, whose closest current rivals are the Finn and Red Bull’s Verstappen, neither of whom are within 100 points of him in the 2020 standings.

Though he has been in the sport since 2007, Hamilton declared after winning his seventh title via a spectacular drive in Istanbul: “I feel like I’m only just getting started, it’s really weird. I feel physically in great shape.”

And Rosberg admits he is worried for drivers like Verstappen – who has been tipped to link up with Hamilton for Mercedes in the future to offer a sterner test of the world champion’s abilities – after such comments, despite the 23-year-old long being tipped as a champion in waiting. 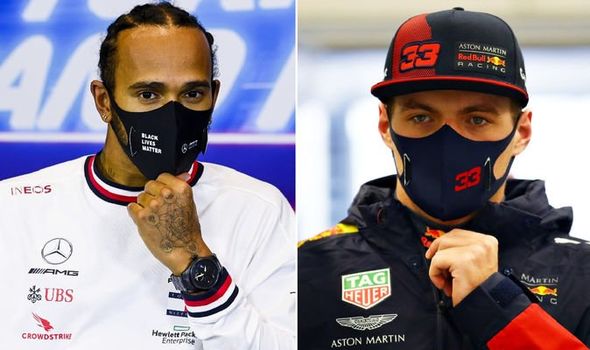 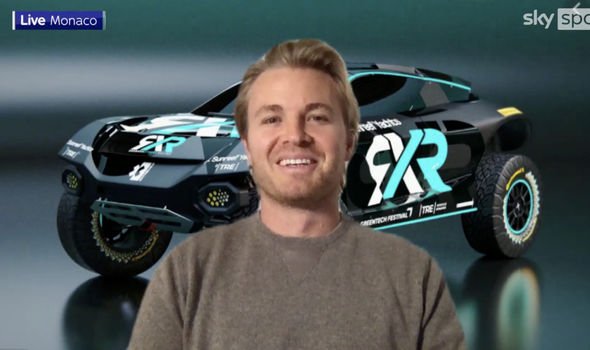 “I think to hear that for the opposition is going to be a bit of a scary thing!” Rosberg told Sky Sports News.

“For the likes of Bottas or Verstappen or Vettel or whoever else is still out there, if he’s saying it’s just the beginning – my goodness, what’s he going to end up with?

“I’m going to be interested to follow his decisions, what he decides to do going forward, since he hasn’t done a contract yet for next year.”

Having beaten Hamilton to the 2016 title by five points, Rosberg added: “To beat him you need to get everything 100 per cent perfect otherwise you have no chance.

“It requires total dedication, total perfection and putting everything together throughout a whole season. 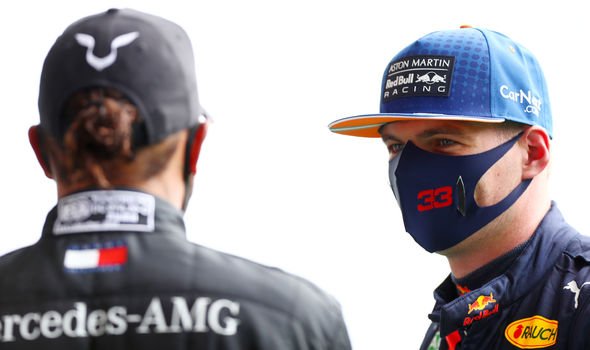 “I was fortunate enough that I managed to do it in one season so I’m very, very proud of that. The more he wins, the more I understand why it was quite difficult to beat him!

“In some way of course it [his success since] adds a little bit to that sweetness that I was up against statistically the best of all time in the same car. It’s a great thing and makes the memories all the more special for me.”

A Hamilton-Verstappen superteam at Mercedes has been touted as a possibility for the future even though the Dutchman is tied down with Red Bull until 2023 after signing an extension back in January.

But Mercedes team principal Toto Wolff has sought to play down suggestions the Silver Arrows could create such a powerhouse line-up, insisting on F1’s Beyond The Grid Podcast: “The situation around Max doesn’t provide any opportunity now.

Lewis Hamilton ‘right above Wiggins and Murray’ in knighthood row

“He’s bound to Red Bull, I respect his loyalty a lot. I think it’s important for Red Bull to have Max.

“There is a lot of narrative around that and Red Bull picked him up from very early on when he joined Toro Rosso, so the situation is what it is, it’s good for him and good for us.

“Then we have juniors [such as George Russell and Esteban Ocon] that are coming up that have been with us for many years and could be the future for us, and this is what we look at. 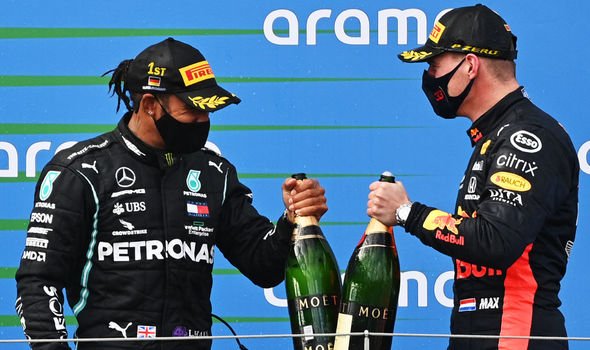 “[The Hamilton and Rosberg line-up] was very difficult, because when you have so much negativity in the room… there was a lot of negativity, and that would drag the whole room down.

“We came to a point where we said, ‘That’s just not feasible anymore.’ And we talked about it, but the animosity between the drivers was still there, and much beyond the point that Nico retired.

“And that’s why it’s so refreshing that since the year Valtteri joined, we haven’t had any of that.”

Speaking just last week, Wolff added in an interview with Austrian broadcaster ORF: “Max is not an option for Mercedes. Max’s presence would create an unnecessary star wars. Fortunately, with Valtteri all this has not been proposed.”

Lewis Hamilton: Peter Bonnington exclusive on F1 champion’s qualities
Formula One planning to expand to 24-race calendar
Best News
Recent Posts
This website uses cookies to improve your user experience and to provide you with advertisements that are relevant to your interests. By continuing to browse the site you are agreeing to our use of cookies.Ok