Martin Brundle believes Mercedes are on for another British Grand Prix win on Sunday with Valtteri Bottas the only driver capable of taking the on-track fight to Lewis Hamilton. The reigning F1 champions have been in supreme form so far this season, securing victories at the first three races.

They’re back at Silverstone this weekend and have recorded six of the past seven wins at the iconic Northamptonshire circuit.

Hamilton has sealed five of those victories, while team-mate Bottas was on pole at the British Grand Prix last year before coming home in second.

Red Bull will have high hopes of putting a package together that can see Max Verstappen end Mercedes’ dominance, while Racing Point will be out to shine mere moments away from their HQ.

So, can anyone stop Mercedes this weekend? Former Williams, Benetton and McLaren driver Brundle just can’t see it. 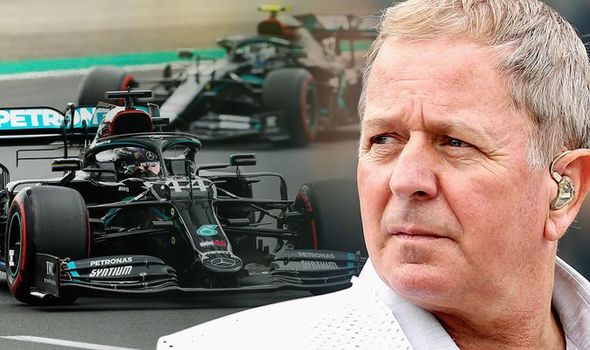 “I don’t think so, if I’m honest, apart from themselves,” Brundle told Express Sport. “I think reliability [issues] or tripping over each other [are the only things that can stop Mercedes].

“Valtteri’s going to have to get right into Lewis’ space on the track, in his head. He’s got to do something a bit like Nico [Rosberg] did or rely on some unreliability, like Nico did in 2016.

“What did Nico do? He went up the escape road, didn’t he, in Monaco and spoiled Lewis’ [qualifying] lap. Just something like that. Even a few people suggested Valtteri did that in [qualifying for the Austrian Grand Prix]. I don’t think he did.”

Mercedes’ W11s are the standard bearers in F1 this season and Brundle can’t wait to watch them take on Silverstone. 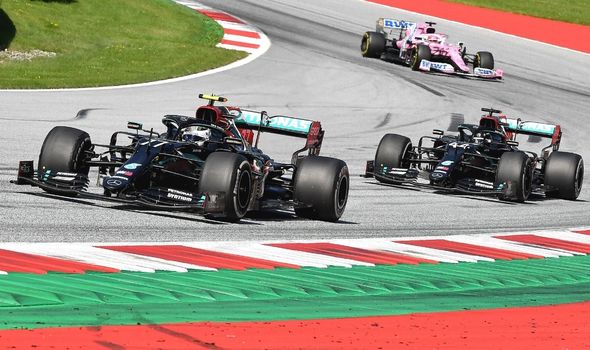 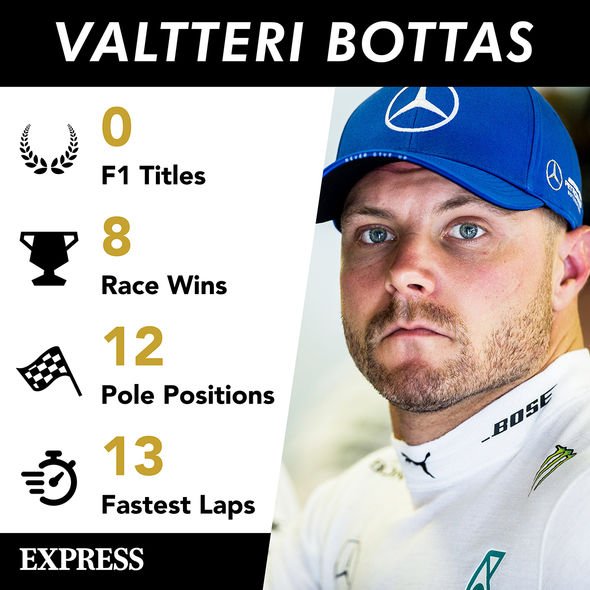 He says Mercedes’ rivals will have to bank on car troubles if they’re to have any hope of overhauling Hamilton and Bottas.

“To go through corners like Silverstone’s got, you need such consistency with the car,” Brundle said. “You can’t manhandle a car round there, like you would be able to at a street circuit. If you’re going through Becketts and Stowe in [the W11] you’ve got the consistent aero with you.

“I just think that car’s going to be incredible. I think the real aficionados or the petrolheads will just be in awe of how they don’t lift the throttle. That car is capable of turning corners into straight lines in a way that I don’t think we’ve ever seen before, like it did in Turn 11 in Hungary. It’s going to sort of rewrite the rule book I think.

“I don’t think anybody can stop Mercedes and only Valtteri [can stop Lewis]. Max Verstappen is at least trying to split them every race. So, hopefully Red Bull get their car sorted out.

“The weather looks like it’s going to be perfect, so maybe a bit of overheating issues, could be a drama. I think we’re relying on Max and Valtteri for our show, but the form Lewis has been in since Race 2 [in Austria] looks pretty ominous.”

Spanish Grand Prix: ‘Dazed’ Lewis Hamilton was so ‘zoned in’ during victory he didn’t realise he had won

Carlos Sainz girlfriend: Who is the McLaren driver dating?

Lewis Hamilton drops F1 retirement hint as Mercedes star yet to sign new contract
Sergio Perez: Racing Point driver out of British Grand Prix after testing positive for coronavirus
Best News
Recent Posts
This website uses cookies to improve your user experience and to provide you with advertisements that are relevant to your interests. By continuing to browse the site you are agreeing to our use of cookies.Ok