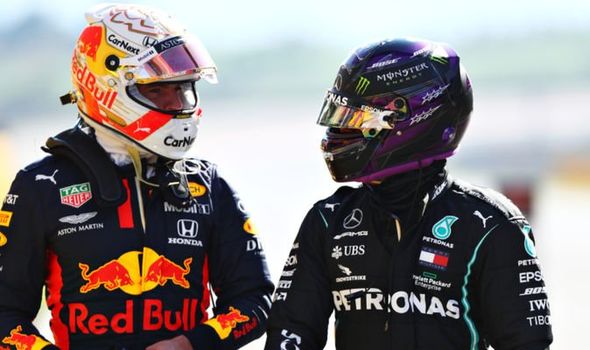 Max Verstappen has been Lewis Hamilton’s closest challenger for the last couple of years but his Red Bull does not have the capability to defeat the Mercedes on a regular basis.

Hamilton is on course to tie Michael Schumacher’s world records with his seventh title at the Eifel Grand Prix this afternoon.

The Brit has dominated most races this season and is 44 points clear of team-mate Valtteri Bottas.

Verstappen is a further 33 points behind and his title hopes are all-but over.

There are many F1 pundits who think the Dutchman will be Hamilton’s successor and could match him for pace if they had the same car.

Renault DP World F1 Team driver Esteban Ocon knows both stars well, especially as he was Hamilton’s understudy at Mercedes last year, and he thinks it would be a close battle. 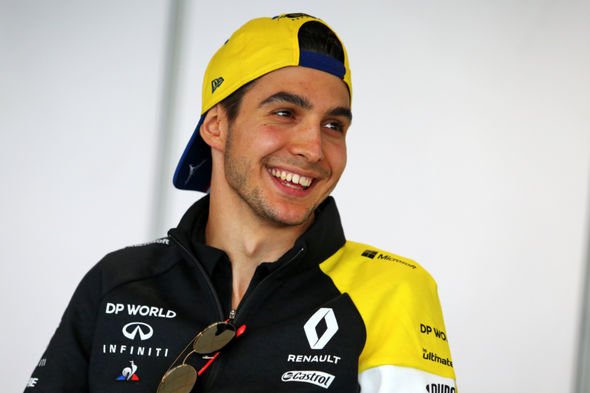 “I don’t know,” Ocon told Express Sport when asked who would be quicker. “I did fight with Max back in my Formula 3 days and I know how good he is.

“I have been fighting with him in Go-Kart as well and it has always been very close between us.

“No doubt if he fights for a win in the Red Bull then he would be a challenger for the title in a Mercedes, that is very clear.

“But for now we will never know.”

Ocon is fighting his own battles as he looks to close the gap on Renault team-mate Daniel Ricciardo at the Nurburgring circuit this afternoon.

The German track was last on the F1 schedule in 2013, before Ocon started racing in motorsport’s premier event.

However, the 24-year-old has had previous success on the course, which gives him confidence.

“It was great, I had a podium in Formula 3 in my winning Championship year so that was good.

“It is an old school track so I think it will be an interesting race.

“I think with everything that is expected this weekend in terms of weather, rain… I think there is going to be opportunities.

“We have seen a lot of things happening this year with normal conditions so with conditions that extreme I think it is going to mix the field up.

Esteban Ocon was talking to Express Sport thanks to team sponsor, DP World. Check them out at dpworld.com.

What time does the NASCAR race start today? TV schedule, channel for Charlotte’s ROVAL
Eifel GP: Lewis Hamilton’s Michael Schumacher tribute after historic win
Best News
Recent Posts
This website uses cookies to improve your user experience and to provide you with advertisements that are relevant to your interests. By continuing to browse the site you are agreeing to our use of cookies.Ok