Mercedes’ refusal to sign F1’s new Concorde Agreement in its current form means chiefs have been forced to push back the first of two deadlines by six days. Mercedes team principal Toto Wolff last week reiterated that he and the team oppose any deal which is perceived to give rivals Ferrari an advantage.

F1 have now confirmed the reigning champions and their counterparts have until next Tuesday to sign up and qualify for a bonus, with talks ongoing behind the scenes.

“We have received some final small legal comments that are being considered so the early sign-on deadline has been moved to August 18,” said F1.

The new deal will result in a more equal split of prize money across the teams in F1 via the removal of sizeable bonuses to Ferrari, Mercedes, Red Bull, McLaren and Williams, which is aimed at making the sport more competitive. 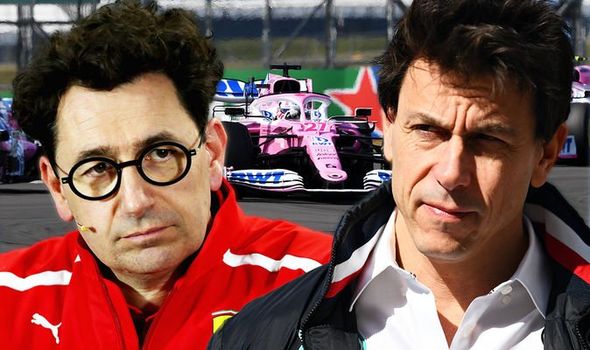 Engine suppliers are in line to receive £7.7m (€8.4m) per season in recognition of their support of F1.

However, the new deal will see Ferrari retain their right to a payment of £30.7m (€34m) due to their long-term commitment to the sport.

That is the term which Wolff and Mercedes take issue with and on Sunday, with F1 then adamant their deadline would not change, he said: “What F1 wants to achieve is that it’s not being dragged out any further. They have set the deadline and made it clear that we have to get on and sign the Concorde Agreement.

“I don’t think that if anyone fails to meet the 12th or large corporations need more time, this is going to be an issue. This is a partnership; they need the teams and we need a strong commercial rights holder.

“I know why they put a line in the sand to get everyone acting, and they have been pretty successful with that. I would not pin it down to a day or two or a few weeks. It is a matter of getting the assurances and the buy-in and commitment from the teams to move on and settle it quickly.” 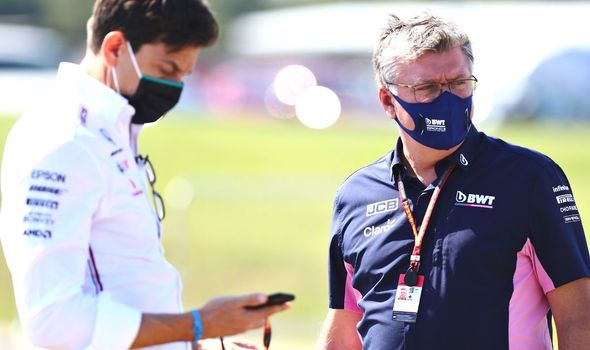 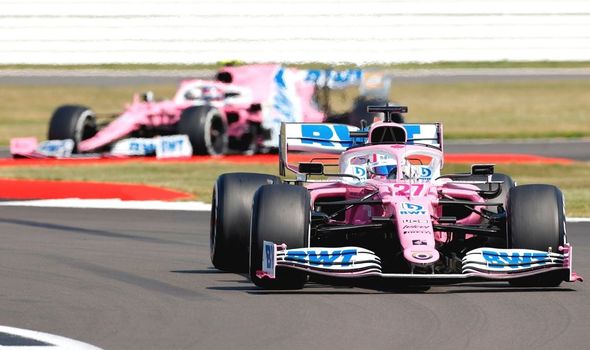 While the signing of the new Concorde Agreement between F1, the FIA and the teams is delayed, the furore surrounding Racing Point’s brake ducts penalty rumbles on ahead of Sunday’s Spanish Grand Prix.

The Silverstone-based team were last week fined £355,000 (€400,000) and had 15 points docked from their constructors’ tally after FIA stewards deemed them to have copied the brake ducts from Mercedes’ title-winning car from 2019.

Racing Point insist they have done nothing wrong and have confirmed they will appeal the punishment, which came after a protest from rivals Renault.

Racing Point owner Lawrence Stroll said: “I am extremely angry at any suggestion we have been underhand or have cheated – particularly those comments coming from our competitors.”

Ferrari and Renault, meanwhile, are appealing the perceived leniency of the sanction, with McLaren and Williams now opting against taking action.

Marc Marquez sedated after chest trauma and arm fracture in MotoGP horror crash
Sergio Perez returns for Racing Point at Spanish Grand Prix as Nico Hulkenberg drops out
Best News
Recent Posts
This website uses cookies to improve your user experience and to provide you with advertisements that are relevant to your interests. By continuing to browse the site you are agreeing to our use of cookies.Ok