Sebastian Vettel is resigned to Mercedes winning yet another F1 title this year with the Ferrari star of the belief Valtteri Bottas is the only driver capable of stopping Lewis Hamilton. Hamilton and Bottas are out in front at the top of the drivers’ standings, with just five points separating them.

The Mercedes duo have won the opening three Grands Prix of the 2020 season, with the Brit edging the Finn two to one.

Max Verstappen is their closest rival thanks to his two podium finishes, but the Red Bull driver is still 25 points adrift of second-place Bottas.

Ferrari are not in the mix for top honours this year, with the SF1000 well off the pace of the Mercedes W11, the Red Bull RB16 and the impressive Racing Point RP20.

Vettel, who finished sixth at last Sunday’s Hungarian Grand Prix, can only see one person stopping Hamilton from winning a seventh title – which would see him draw level with Michael Schumacher. 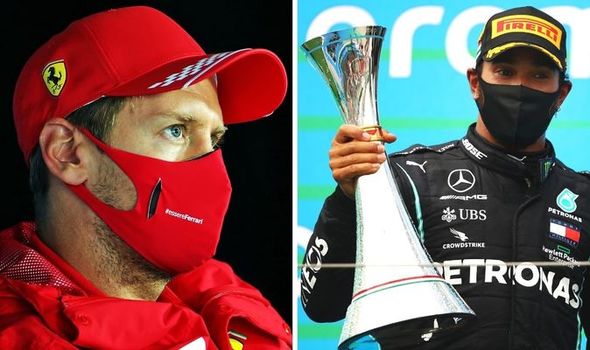 Asked if he could envisage a scenario where Hamilton does not bag the F1 crown again, Vettel said: “I think [only] if Valtteri wins the championship”.

Vettel’s Ferrari team-mate Charles Leclerc has failed to repeat coming second on the opening weekend of the 2020 season and has since added a DNF and an 11th-place finish to his record.

Like the German, Leclerc says Bottas is the only man who can prevent Hamilton successfully defending his F1 title again.

“I think Lewis is obviously the main contender,” Leclerc said. “The only one that could probably stop him doing that is Valtteri.”

Hamilton, Bottas and Mercedes have been in supreme form since the coronavirus-hit 2020 season kicked off at the Austrian Grand Prix earlier this month. 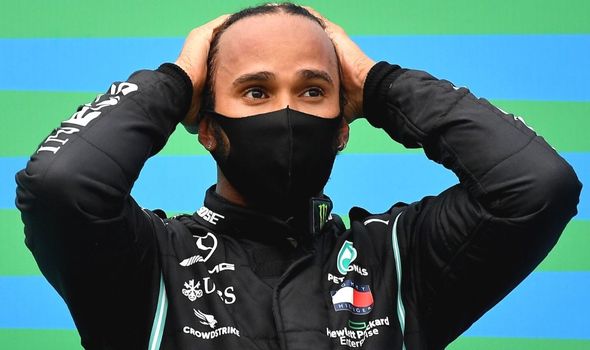 Hamilton is now just five Grand Prix wins from matching Schumacher’s all-time haul of 91 victories and few would bet against him surpassing that record this year.

Team principal Toto Wolff is not, however, prepared to become complacent as Mercedes target a seventh double of drivers’ and constructors’ titles in a row.

“I’m not sure I’m seeing the competition fall apart,” said Wolff. “We can see that Red Bull was struggling all through the weekend and then they had a pretty decent race car.

“It’s 30 points after three races that we have with Lewis to Max. If you have one DNF the gap is gone.”

Hamilton and co. will go racing again on Sunday August 2 when the British Grand Prix is held behind-closed-doors at Silverstone.

Lewis Hamilton issues denial as Mercedes ace and Valtteri Bottas streak ahead of F1 rivals
Lewis Hamilton title race advice given to Valtteri Bottas as doubt over Mercedes ace aired
Best News
Recent Posts
This website uses cookies to improve your user experience and to provide you with advertisements that are relevant to your interests. By continuing to browse the site you are agreeing to our use of cookies.Ok