Sebastian Vettel has admitted he was “surprised” not to have contract discussions with Ferrari before it was announced he would be leaving at the end of the 2020 season. Ferrari announced back in May that they had decided not to renew Vettel’s contract beyond 2020, with Carlos Sainz Jr signed on to replace the four-time world champion.

Vettel has stayed quiet since the announcement with different reports suggesting how negotiations with Ferrari materialised into no new contract for the German racing driver.

But speaking ahead of the Austrian Grand Prix this weekend, Vettel has explained his side of the story.

The 32-year-old admits Ferrari team principal Mattia Binotto called him up personally to inform him the team would not be entering negotiations on a new contract.

“There was no sticking point,” Vettel said.

JUST IN: Bernie Ecclestone doubles down on Lewis Hamilton comments with rant 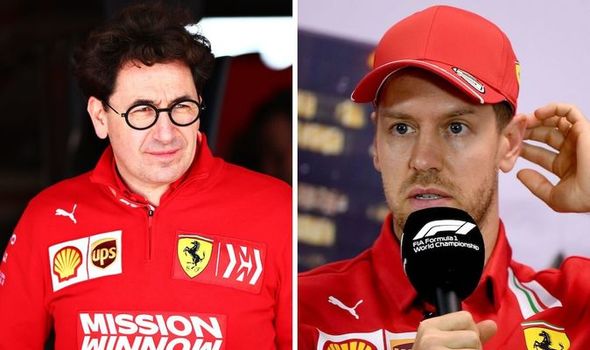 “It was obviously a surprise to me when I got the call from Mattia, when he told me that there was no further intention from the team to continue.

“We never got into any discussions, there was never an offer on the table and therefore, there was no sticking point.”

Now Vettel will be looking for a new team for next season and beyond, with Mercedes touted as a possible surprise destination.

But he insists he won’t be settling for any seat on Formula One, hinting that he could sit out of the sport for a year until the right opportunity arises.

“At the moment I’m not really having any [talks],” Vettel said. “Looking forward obviously I want to make sure I make the right decision for myself and my future.

“I think I have a very competitive nature. I’ve achieved a lot in the sport and I’m motivated and willing to achieve more.

“To do so, I think, I need the right package, and the right people around me. So that’s what I’m looking out for at the moment.

“If the right opportunity should arise, then I think it is quite clear. If that’s not the case, then I probably have to look out for something else.”

“If the right thing comes together and comes up, then I’m willing to continue. 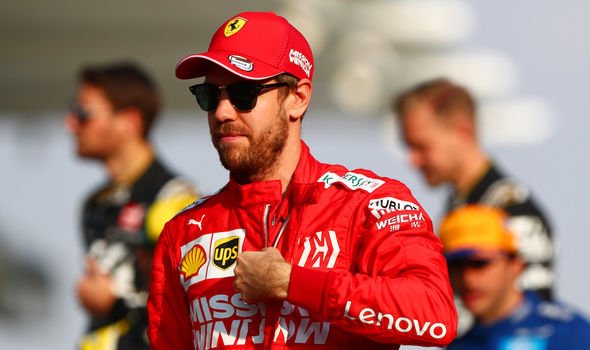 “I feel that I have much more to give. If that’s not the case and doesn’t come together, then, as I said, [it’s] probably time to do something else.

“I am of the conviction that if you are prepared to let’s say shut the door, then you should be prepared to shut that door, and not shut it and expect it to open again.

“I think you have to be aware of the decision that you are making at the time, and that’s why also I’m not rushing into anything.

“I think it’s good to get the season under go, but the next weeks and months will probably bring some more clarity.”

Martin Brundle season preview: F1 ready for return to racing in 2020
Lewis Hamilton speaks on how Formula 1 can drive change
Best News
Recent Posts
This website uses cookies to improve your user experience and to provide you with advertisements that are relevant to your interests. By continuing to browse the site you are agreeing to our use of cookies.Ok