It has been almost a month since Formula One’s post-lockdown return, with more eyes on it than ever as it looked to dial into the social issues that were arising amid the coronavirus pandemic.

Almost a month since they concocted their own #WeRaceAsOne slogan and decked all 20 drivers out in t-shirts emblazoned with “END RACISM”, with only Lewis Hamilton’s bearing the words “Black Lives Matter”. Almost a month since six of those drivers first decided against taking the knee.

It looked exactly what it was: hastily organised and uncomfortably forced. So much so that it drew a reaction out of Sky Sports’ F1 host Simon Lazenby, who could not compute the scene in front of him: “The images still don’t seem to fit the message in this the most global of sports. If Nascar, football and cricket can get it right, why can’t Formula One?”

Ahead of the British Grand Prix at Silverstone this weekend, which will open with a more formal ceremony but with greater uncertainty on who will or will not be participating or taking a knee, it still needs to be asked – why can’t Formula One get it right?

Given the time that has passed, the man who posed the question first seems the best person to ask. “It’s pretty much been occupying my thoughts more or less 24-seven,” says Lazenby.

Those thoughts have been wide-ranging. From wondering if he slightly over-stepped the mark – “I’ve almost prided myself on not giving an opinion in 20 years of sports broadcasting because that’s my job as host” – to not just being glad he did, but wondering what it is about Formula One and some of its inhabitants who find it so hard to engage.

In between were thoughts on the optics of Austria that continued at the Styrian Grand Prix and in Hungary, and why drivers have been so reticent to take a knee despite the clear distinction that it is an anti-racism stance seen the world over. A stance driven in their world by one of their own.

“I took a knee,” said Lazenby. “I just think, what does it cost you for 15 seconds? In the context of this, it is to end racism. If the only black guy on the grid is asking you for a gesture of support, why wouldn’t you do that?

“I had to ask the question first of all when you’ve seen what’s happening in wider sport. Like football, they got the message of solidarity correct and that came from the players. And similarly in cricket.

“I understand that we are in a different sphere to that because there are multiple teams, and so on. I think sport and politics, they have never been easy bed fellows, but we are being asked in these very difficult times a very pertinent question on where we stand and where we use our platform.” 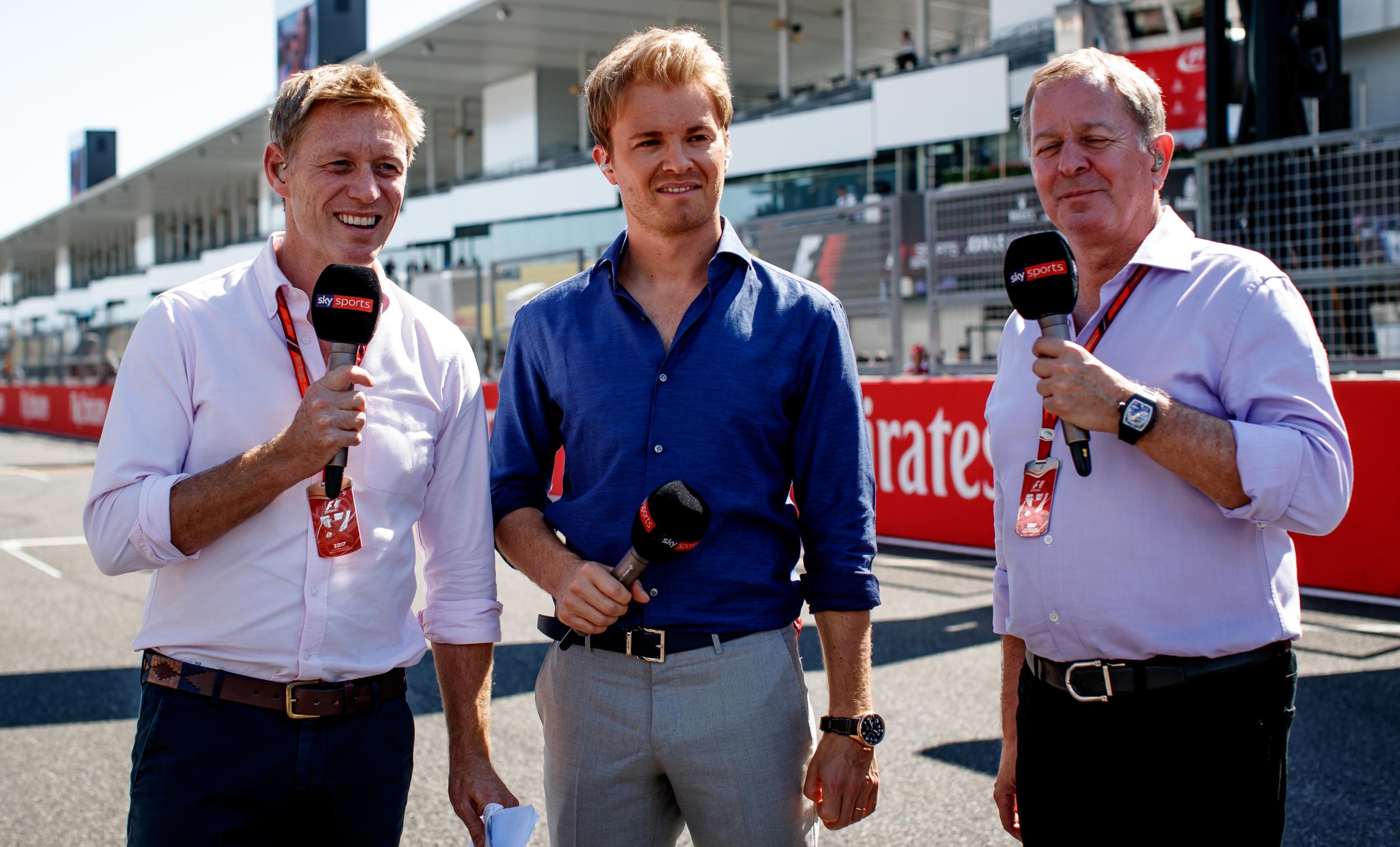 Lazenby has asked difficult questions of himself. Most have been about matters beyond the sport: wondering if he should have been more attuned to the conscious and unconscious biases that may have impinged on his black and Asian friends. Those feelings, of guilt and empathy, are seemingly more pronounced because of the nature of his work. “To some extent the position I am in and having to have conversations about these things, dissect and discuss, that when the sport has not got the message right yet it means you have to think about these things on different levels yourself. Because we are all part of it.”

Like the rest of us, the presenter has been challenging himself to think differently, even if his habits have not changed too much. But he has been reading more of racial injustices, and even the casual nighttime viewing has now tipped more towards those topics. “Does watching Spike Lee movies count as doing research?” asks Lazenby, rhetorically. But his focus remains on his question from the start of June.

“This is only from my perspective, but we are 91 per-cent white and 88 per-cent male. That is the structure of F1 right now.

“So then the question is – what can we do to change that? Obviously this is an expensive sport, so if you put it down to opportunity, that is probably the basics of why we are as we are. But I think the sport, Sky and most people who want to educate themselves on this are trying to understand we need to do more.”

Ironically, Formula One’s front-facing confusion is not an accurate representation of what is going on behind the scenes. A task force has been set-up to devise scholarships and apprenticeships to push the sport to a more diverse future.

Last month Hamilton announced a partnership with the Royal Academy of Engineering to explore ways to remove the barriers in place to get into STEM subjects (science, technology, engineering and mathematics) that lead to careers in Formula One. There is an understanding from all involved that that most sustainable change needs to happen from the bottom.

But for that change to take place – for it to be done rigorously and sincerely – those at the top must lead the way. It is here where there is the most visibility and, thus, where the most profound messages must be made.

In many ways, Lazenby attributes the hesitation to taking a knee to the nature of modern-day discourse. “The world at the moment is all about polemics, isn’t it? Everything is either left or right, up or down. It’s like you have to take a position on everything, even if it doesn’t affect you.”

Yet what cuts through most for him is what is at stake. For Lazenby, who consulted with Hamilton privately to lend his and Sky’s personal support, it is as simple as knowing that we are all at a moment in history being asked to choose a side. That, to him, could not be more clear cut.

“You can be accused of being virtue-signalling, woke and all that stuff. But, really, what even is that? Fundamentally, you just have to come down on the right side of issues. And I took a knee because I believe it.

“I’m a white middle class man, so I can have a level of hypocrisy aimed at me. But you’ve just got to do what is right.”

British Grand Prix: When is it, what time does it start, session times and schedule
Hulkenberg replaces Perez for this weekend's British Grand Prix
Best News
Recent Posts
This website uses cookies to improve your user experience and to provide you with advertisements that are relevant to your interests. By continuing to browse the site you are agreeing to our use of cookies.Ok