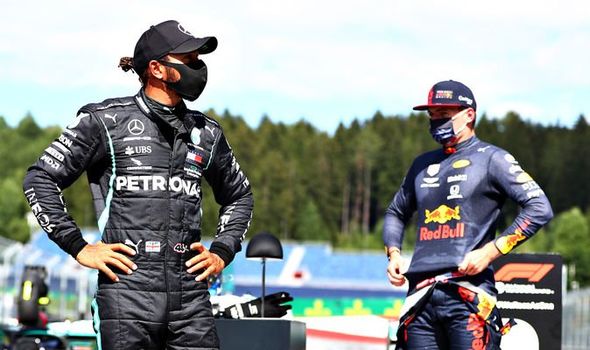 The Austrian Grand Prix marked the start of the 2020 Formula 1 season after a four-month delay caused by the coronavirus. With many sporting events around the world returning in recent weeks, sports stars have been showing a united front in the fight against racism.

Will drivers take a knee at the Austrian Grand Prix?

Taking the knee is one of the common symbols of the Black Lives Matter movement.

The body that represents F1 drivers has said they are united in the fight against racism but that each driver will show support in their own way.

A statement from the Grand Prix Drivers’ Association (GPDA) read: “All 20 drivers stand united with their teams against racism and prejudice, at the same time embracing the principles of diversity, equality and inclusion and supporting Formula One’s commitment to these.

“Together the drivers will all show their public support for this cause on Sunday ahead of the race, recognising and respecting that each individual has the freedom to show their support for ending racism in their own way and will be free to choose how to do this.”

Six-time F1 world champion Lewis Hamilton will have ‘Black Lives Matter’ printed on his helmet for the Austrian Grand Prix.

He will also be driving a black Mercedes with ‘End Racism’ written on the car’s protective halo.

Hamilton is the sport’s only black driver and he has campaigned vocally for equal opportunities and greater diversity in F1.

“Our voices are powerful and if we bring them together collectively we can have a huge impact,” he said.

Hamilton, though, has not confirmed if he will take a knee before the race.

“I don’t have any plans at the moment,” he said.

“I have not thought that far forward. I am sure over the course of (Saturday) evening I will.”

Frenchman Romain Grosjean, who races for Haas, told reporters on Friday he planned to take a knee before the start.

“I wasn’t a big fan of taking the knee initially, but then I read more about it and I think now it’s a sportsman’s move to show that you are against racism and it’s not linked to any political movement,” he said.

“So personally I think I will take the knee.”

The Austrian Grand Prix gets underway at 2.10pm BST.

Will NASCAR use underglow lights on cars for the All-Star Race at Bristol?

Jamie Chadwick opens up on securing life-changing move in quest for F1 history
Sebastian Vettel qualifying failure surprises F1 rivals Valtteri Bottas and Lewis Hamilton
Best News
Recent Posts
This website uses cookies to improve your user experience and to provide you with advertisements that are relevant to your interests. By continuing to browse the site you are agreeing to our use of cookies.Ok