Beauden Barrett: All Blacks fly-half to play in Japan 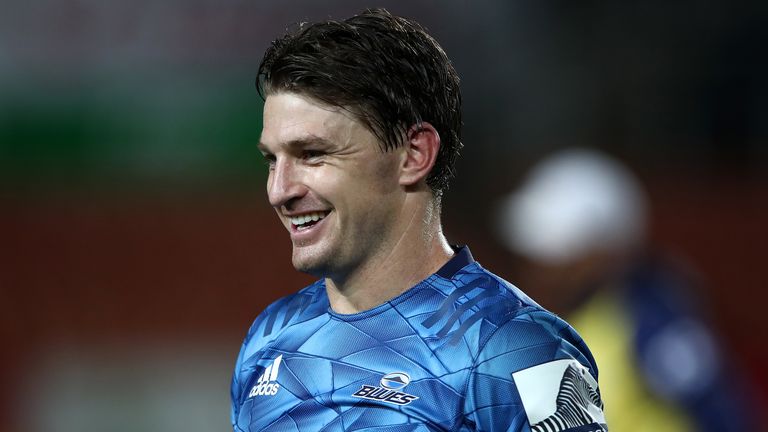 New Zealand fly-half Beauden Barrett will miss Super Rugby next year and play for Suntory Sungoliath in Japan’s Top League, but he will be available for the All Blacks’ international programme, the Blues have confirmed.

Barrett last year signed a four-year contract with New Zealand Rugby (NZR) and the Blues through to the 2023 Rugby World Cup in France which included an option of a playing sabbatical overseas.

“The arrangement is similar to what was in place for Beaudy’s All Blacks team-mates Brodie Retallick and Sam Whitelock who played in Japan this year,” NZR’s Head of Professional Rugby Chris Lendrum said in a statement.

“That flexibility in our contracting is key: it allows our top players to refresh in a different rugby environment but remain committed to New Zealand Rugby which, in the long term, is great for both parties.” It had been reported that Barrett, twice World Player of the Year, had signed a two-year contract worth about NZ$1.5 million (£784,000) a year, which would have made him ineligible for the All Blacks until 2023.

The Blues, however, said he would only miss Super Rugby and be available for the All Blacks in 2021.

Barrett made the shift north to the Blues this year after nine seasons with the Hurricanes, but had an extended off-season following last year’s Rugby World Cup in Japan.

He did not play in the full Super Rugby competition before it was suspended due to the COVID-19 shutdown but made his debut for the Blues against the Hurricanes in the domestic Super Rugby Aotearoa competition that started last month.

Host with most? Australia in prime-time zone for 2027 World Cup

Match Report – Melbourne 27 – 25 Sydney
James Maloney has responded to NRL return rumours. And it’s not what Broncos fans wanted to hear
Best News
Recent Posts
This website uses cookies to improve your user experience and to provide you with advertisements that are relevant to your interests. By continuing to browse the site you are agreeing to our use of cookies.Ok