The Parramatta Eels have spent all season in the top four but one of the key players had to bury a hatchet with coach Brad Arthur to bring the team together.

"The Storm are in the box seat" – Bellamy to remain with Melbourne? 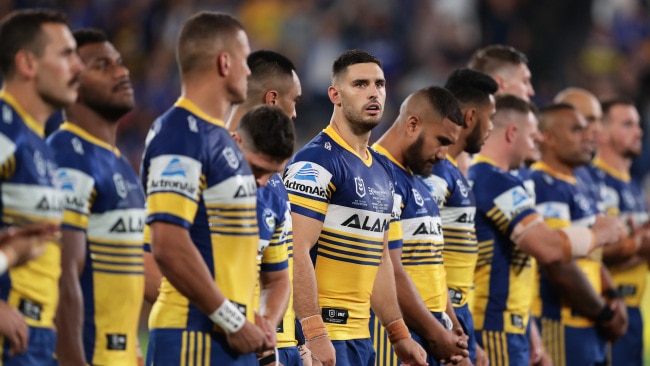 How Ryan Matterson ended up back in blue and gold.

The Melbourne Storm hold the perfect finals record against the Parramatta Eels with six from six in meetings at the most important time of the year.

As the teams prepare to play at Suncorp Stadium, the scene of 64-10 Storm massacre of the Eels in 2019’s Magic round, there is plenty going the Storm’s way.

But while not being too impressive while sealing a top four spot, the Eels will be hoping to fly under the radar in a bid to end a 34-year premiership drought, the longest current drought in the NRL.

Watch the 2020 NRL Telstra Premiership Finals on Kayo. Every game before the Grand Final Live & On-Demand with no-ad breaks during play. New to Kayo? Get your 14-day free trial & start streaming instantly >

The Storm-Eels qualifying final will kick off at 7.50pm AEST.

While both men claim not to remember what caused the rift, it appeared to coincide with Matterson being dropped to the Ron Massey Cup, essentially third division, with Matterson admitting he thought his career could be over.

"I didn't really stay in contact with him," Matterson said of Arthur. "Definitely at the time, I held a lot of resentment."

But after winning a premiership with the Roosters, Matterson was snapped up by the Tigers and was a fringe Origin player. Another fallout with Wests coach Michael Maguire saw the 25-year-old looking for a new club, and despite several suitors, it was Arthur who brought Matterson to the club.

And he did it, meeting Matterson after cutting a holiday in Bali short to nab Matterson's signature.

"He came straight from the airport to meet me," Matterson said.

"He wanted to meet me. We all hung out, me, my manager and Brad. The rest is history. It's awesome. Now even outside of football, I'm calling Brad up and we're having chats. It's blossomed into a good relationship."

And now Matterson will be a big part of the Eels' campaign if the side are going to give the premiership a shake.

Johannisen speaks up, for his daughter

No choking this time at Rebels HQ

AFL beats NRL in Friday night finals TV ratings battle
Salford 24 Warrington 22: Late Joey Lussick try sends Red Devils to Wembley
Best News
Recent Posts
This website uses cookies to improve your user experience and to provide you with advertisements that are relevant to your interests. By continuing to browse the site you are agreeing to our use of cookies.Ok