Former AFL player Harley Bennell was taken to a hospital on the Gold Coast on Monday night to be treated for intoxication just hours after announcing he had retired from the game.

The 27-year-old announced his decision a week after he breached AFL protocols when he left Melbourne’s hub on the Sunshine Coast while the Demons were playing Essendon at Metricon Stadium. 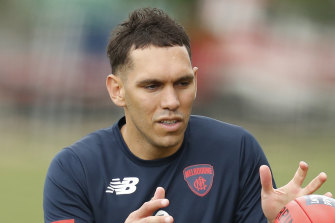 The incident cost him any chance of receiving a contract for 2021 and effectively ended his career after Melbourne gave him the opportunity to revive it this season.

Melbourne and the AFL have been concerned about his welfare since with both parties attempting to work with him despite his career being over. They have been unable to force him to leave Queensland and were attempting to organise for him to return to Perth.

‘Clean out your lockers’: Legend’s brutal edict
Robshaw heartbreak as Wasps capitalise on Quins red card to spoil his farewell
Best News
Recent Posts
This website uses cookies to improve your user experience and to provide you with advertisements that are relevant to your interests. By continuing to browse the site you are agreeing to our use of cookies.Ok