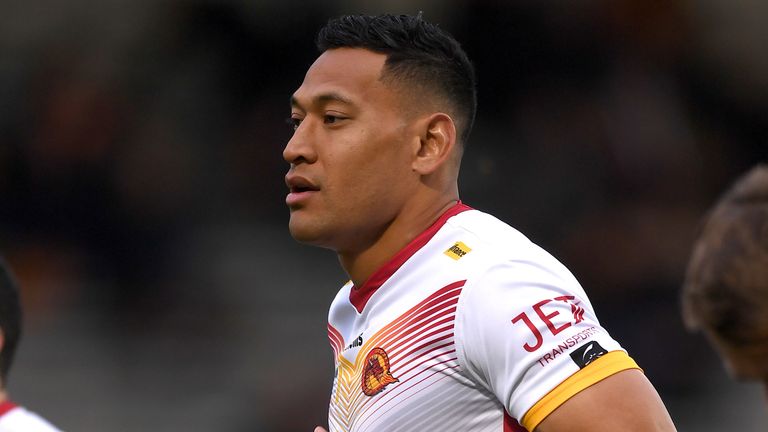 Israel Folau has signed a new one-year contract extension with the Catalans Dragons.

The 31-year-old reverted back to playing league at the start of this year in the wake of his sacking by Rugby Australia for posting homophobic comments on social media.

Catalans gave Folau an opportunity to rebuild his career in France – despite making clear they did not support his views – and the back made three Super League appearances for them before the coronavirus shutdown.

He was initially signed up for a year, but will now stay with the club until the end of next season.

“Me and my family are very excited to stay on at the club for season 2021. We’re very grateful for the opportunity that Bernard Guasch and the Dragons have given me,” Folau said.

“I’m looking forward to working hard and achieving great success on the field with my team mates and this great club.” 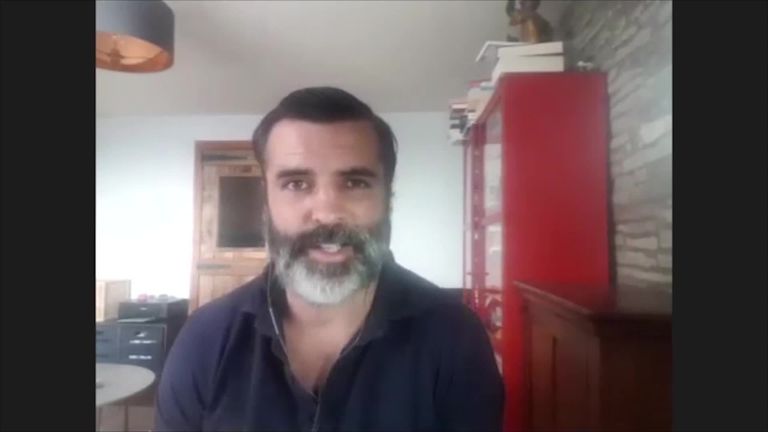 Folau impressed coach Steve McNamara in his short stint before the lockdown and the former England boss expects there is more to come, with his squad returning to training next week ahead of Super League’s restart at the beginning of August.

“We are delighted that Israel has committed to the Dragons for 2021,” he said.

How soon is now? Why we must learn to love Smith before light goes out

Why ‘one of a kind’ Manu Tuilagi will not be out of rugby for too long
Paul Cullen recalls Andrew Johns’ Warrington debut
Best News
Recent Posts
This website uses cookies to improve your user experience and to provide you with advertisements that are relevant to your interests. By continuing to browse the site you are agreeing to our use of cookies.Ok