Tui Lolohea ran riot on his return to Headingley as Salford made it a miserable start to Andy Last’s stint as Hull FC head coach with a 54-18 victory.

Last was promoted from his role of long-serving assistant into the hot seat when Lee Radford paid the price for a 38-4 home defeat by Warrington in March, but after a five-month wait for his first game in charge, he was unable to change their fortunes.

Wingers Ken Sio and Rhys Williams both touched down twice and Chris Atkin and Luke Yates each scored their first tries for the club as the Red Devils coasted to victory. 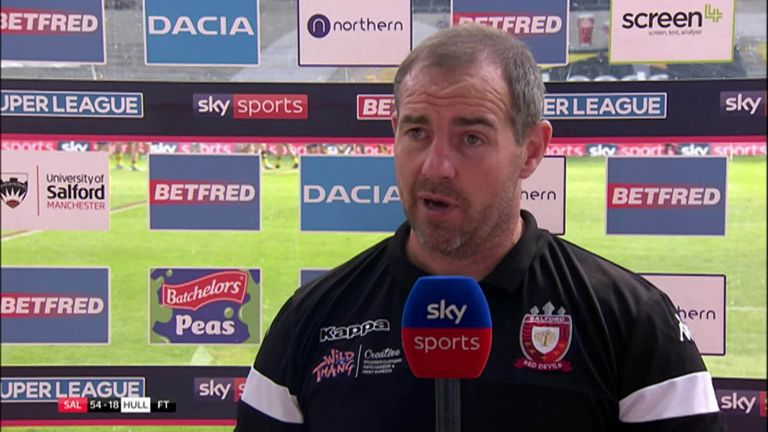 Architect of the 10-try rout was former Leeds stand-off Lolohea, who never settled during his brief spell with the Rhinos but revelled in his return to Headingley with an 18-point haul from a try and seven goals.

Yet Hull made the perfect start, with Albert Kelly, chosen ahead of Jake Connor as the starting stand-off, dribbling the ball on the last tackle and pouncing for a try after centre Dan Sarginson’s fumble. 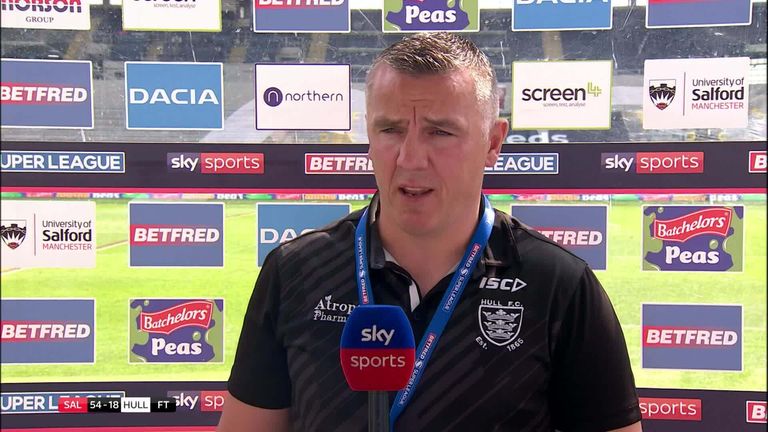 It was then the Lolohea show as the Tonga international produced a long, looping pass for right winger Sio to touch down before smashing through the Hull defence for a solo score and doubling his try tally by touching down from Sio’s inside kick. 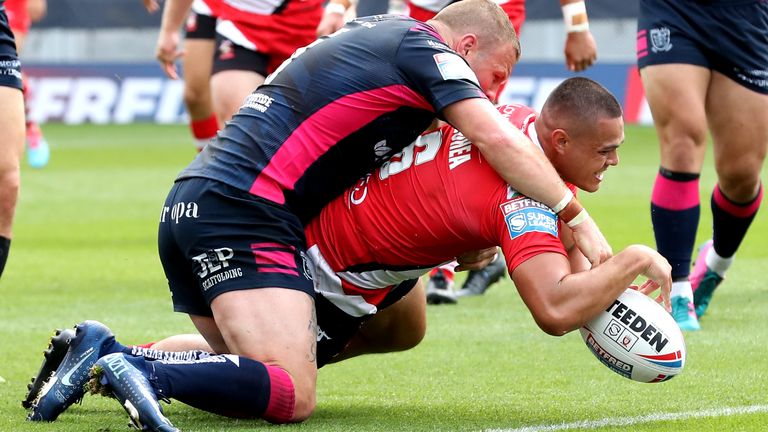 Lolohea converted all three tries but lost his 100 per cent record after left winger Williams produced a clinical finish for the Red Devils’ fourth try on 29 minutes which stretched their lead to 22-6.

Hull brought themselves back into the game on the stroke of half-time when second rower Manu Ma’u, one of their better players, powered his way to the line from close range and Sneyd kicked his second goal to trim the deficit to 10 points. 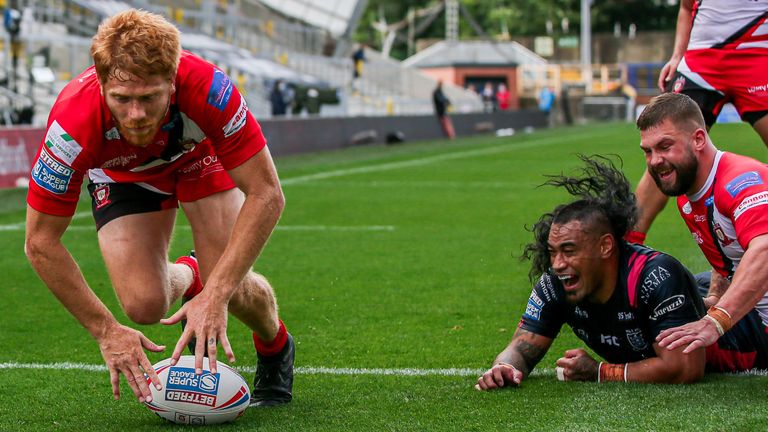 The Black and Whites were pressing again early in the second half when Atkin, deputising for the injured Kevin Brown, intercepted Kelly’s pass and went 90 metres for a glorious touchdown which proved pivotal.

Lolohea’s touchline goal restored his side’s 16-point advantage and although full-back Jamie Shaul kept Hull in touch by finishing off a break by centre Carlos Tuimavave for his side’s third try, it only papered over the cracks.

Competition for places and breakdown rules produced flood of flankers

Giants back Davis to play in unusual Sydney derby

Gabba it is for AFL’s grandest occasion

The Autumn Nations Cup will be aired on Amazon Prime

Roosters legend to retire, but not before helping club chase three-peat

Goodwin wants Gawn protected, Shaw lashes his Roos
Giants back Davis to play in unusual Sydney derby
Best News
Recent Posts
This website uses cookies to improve your user experience and to provide you with advertisements that are relevant to your interests. By continuing to browse the site you are agreeing to our use of cookies.Ok