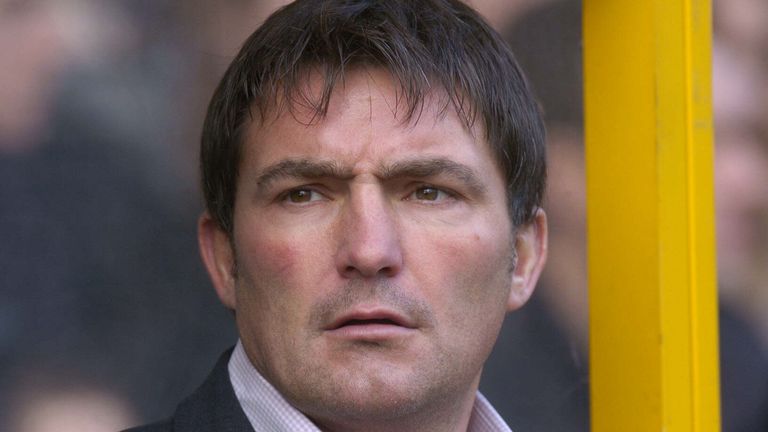 We have seen headline grabbing debuts, some great players and memorable matches during Super League’s 25 season history – but when Andrew Johns pulled on the primrose and blue of Warrington in September 2005 – we witnessed all three together in what was an unforgettable night.

With just two regular season games to go, the Wolves had their fair share of busted players. Fourth on the table and heading for the play-offs, up next was a date with World Club champions Leeds – and coach Paul Cullen was desperate for cover in the halves…

“I went to Simon [Moran, Warrington Owner] and said that Lee Briers was touch and go, likewise Nathan Wood. We had Plan Bs and Cs and I said we could get away with it for a week or two, but if we were going to run into the play-offs it won’t last – something will break at some point,” Cullen told Sky Sports.

“He said: ‘Right, leave it with me and I’ll let you know how we go’. He came back to me on the Sunday night and said, ‘It’s done – Andrew Johns, he’ll be flying out on Tuesday’.” 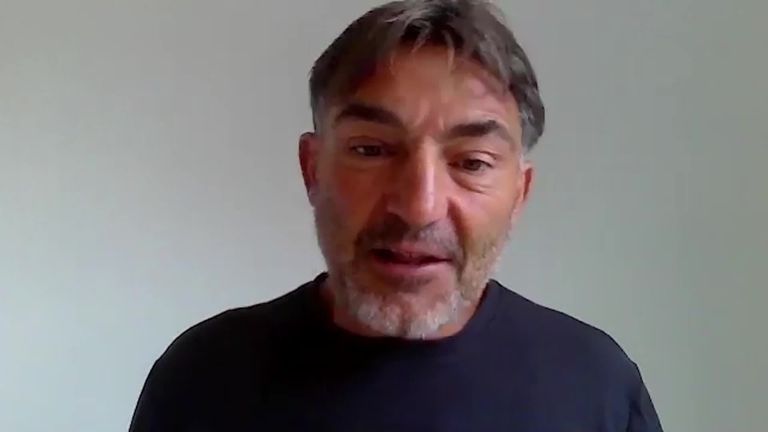 Music promoter Moran had attended a concert that weekend alongside John Fordham – Johns’ agent at the time. A phone call from Fordham out to Johns in Australia – and some number crunching – saw the Wolves pull off a miraculous signing. The two-time world champion, twice a Golden Boot winner – with 23 caps each for Australia and New South Wales in Origin – was Super League bound.

Cullen recalls: “In the space of seven days the world turned. I’ve never seen anything like it – it was phenomenal. He landed on Tuesday, we trained on Wednesday and it was the best session I’ve ever seen or been part of – it was like clockwork. 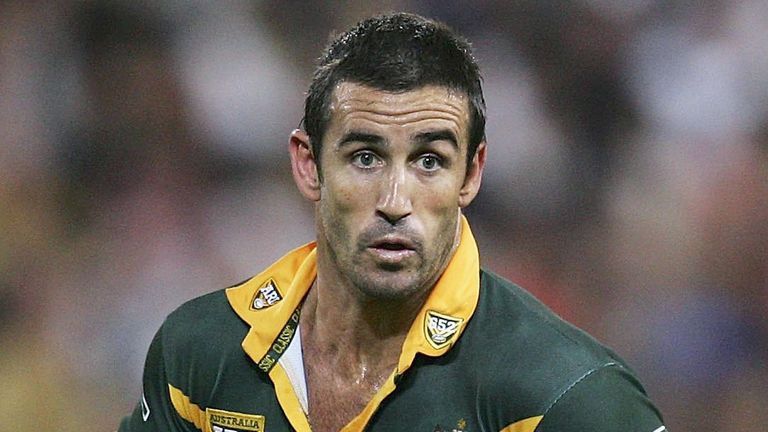 “Every pass hit a fingertip, the lines were good and halfway through the session we were happy and so stopped the session to get ready for the game.

“We rested Thursday, had the captain’s run on Friday and then played on Saturday – we barely saw each other.

“We did the game plan on the phone before his arrival – that’s the quality of Andrew Johns. I told him how we would get from A to B on the field, what the support structure would be and what the calls were. That’s the only information he needed – I’ve never known anything like it.”

With the Wolves’ overseas quota already full, something had to give for Johns to be registered – and it was compatriot Graham Appo, injured at the time, who made way.

“We had to deregister Graham Appo from the playing squad – who was a significant player that had been with us for quite some time. It was a difficult situation to manage – but the only way was brutal honesty.

“I pulled the players together and explained the situation. There was a negative element that you’re telling players they’re going to leave the club, but then you’re also telling them that you’re bringing in Andrew Johns. There was emotional turmoil in that room – grown men in tears and I didn’t know if they were crying with sadness or joy.

“When I announced to the team that Andrew Johns is going to play against Leeds, Nathan Wood looked up thinking he’d lost his place – but I told him straight away that he was playing. I didn’t know where, but he was playing.”

Wood was set to retire the following month after four years at the club, and was a huge favourite on the Warrington terraces. 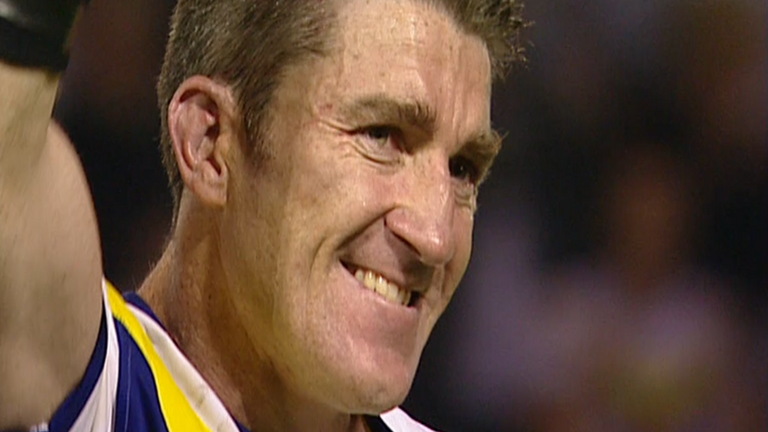 Rewatching the game for the first time ahead of Friday’s re-run on Sky Sports, Cullen admitted seeing Wood go over for the final try was emotional.

He said: “For Nathan Wood to score that last try, it brought a tear to my eye when I watched it back. In that game players wanted to play with Andrew Johns, but they wanted to play for Nathan Wood because of what he meant to us as a club and for what he’d been through.

“There was an awful lot of work that went on in the background to the game, but it’s as much about Nathan Wood as it is about Andrew Johns.”

Cullen is quick to credit the role of the Wolves’ owner.

“To get a player of Andrew’s quality for only two official games was out there – and that’s the thinking of Simon Moran,” Cullen said. “He’s an absolute genius and the club ought to be very thankful for his enterprise, his passion and money. 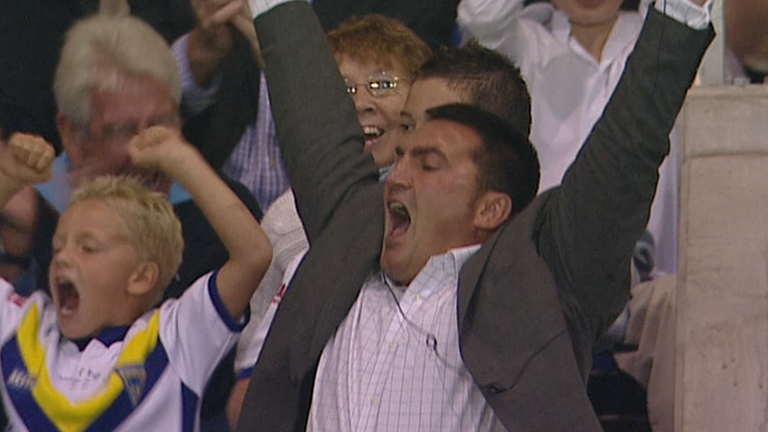 Andrew Johns is the only player in my entire time at Warrington as head coach that I didn’t go out and source. The backdrop is the rebuild and Simon’s foresight in facilitating that move – a stroke of genius.

“Andrew Johns is the only player in my entire time at Warrington as head coach that I didn’t go out and source. Simon’s foresight in facilitating that move – a stroke of genius.

“The look on Simon’s face when Bill Arthur got the interview of all interviews, because he doesn’t do interviews – and he got him on the field! 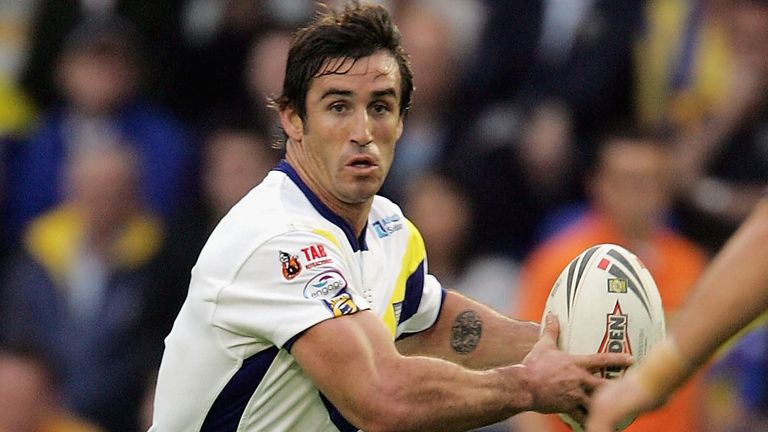 “Simon jumped the fence and got on the field – he was that excited and passionate at how Warrington had transformed over a three-year period.”

Over 2,500 Andrew Johns shirts were sold in the club shop prior to the game and those Warrington fans not fortunate enough to get a ticket for the match were packing out pubs and clubs throughout the town to watch the game on Sky Sports. It was an occasion that captured the imagination of the wider community.

Warrington Hall of Famer Cullen played 350 games for the Wire, before almost 180 more as Warrington coach – but it’s the ‘Andrew Johns game’ that stands out most.

Cullen said: “That night with Andrew Johns saw over 14,500 crammed into the Halliwell Jones, and it sounded like there were 60,000 there – you could barely hear yourself.

Israel Folau signs one-year Catalans Dragons contract extension
‘S***house’: Cowboys star savages performance as club legend Johnathan delivers brutal assessment
Best News
Recent Posts
This website uses cookies to improve your user experience and to provide you with advertisements that are relevant to your interests. By continuing to browse the site you are agreeing to our use of cookies.Ok