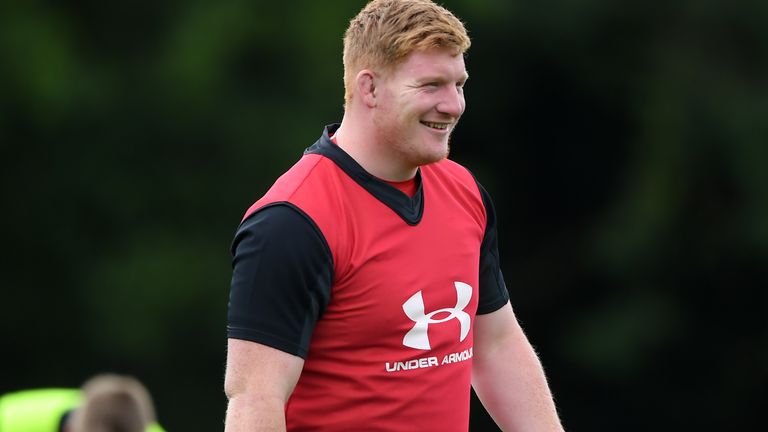 Wales international prop Rhys Carre will return to Cardiff Blues after agreeing to re-join from Saracens.

The 22-year-old has signed a long-term contract with Cardiff, who he left last summer to join Saracens.

Carre joins the exodus of players from Saracens following their relegation from the Gallagher Premiership at the end of this season following persistent salary cap breaches.

Brad Barritt, Will Skelton, Ben Spencer and George Kruis are among the players who have announced their departures, while Nick Isiekwe, Alex Lozowski and Nick Tompkins are all leaving on loan.

Carre told Cardiff’s official website: “It’s great to sign for Cardiff Blues and I’m looking forward to getting back to the Arms Park and once again playing my part.

“I have enjoyed my time at Saracens and playing and training with a massively experienced and successful squad has been hugely beneficial.

“But Cardiff Blues are a team I am really passionate about – it is the team I supported as a kid, I came through the system here and I want to be part of we are building.

“I obviously know all the boys and it’s a really exciting squad, which is only going to get better and there is a great culture throughout the organisation.”

Cardiff Blues head coach John Mulvihill is delighted to see the loose-head prop return to Cardiff Arms Park stomping ground and believes it is the best place for his ongoing development.

Mulvihill said: “We are all obviously thrilled to sign a player of Rhys’ calibre and look forward to welcoming him back here next season.

“We were disappointed to see him leave last year but he comes back with more experience, not only from playing and training with Saracens but following a hugely impressive World Cup and Six Nations.

Host with most? Australia in prime-time zone for 2027 World Cup

First domino falls in Broncos shake-up
Phil Gould tells Raiders to forget about John Bateman and ‘never deal with him again’
Best News
Recent Posts
This website uses cookies to improve your user experience and to provide you with advertisements that are relevant to your interests. By continuing to browse the site you are agreeing to our use of cookies.Ok