Saracens are one loss from limbo-land after the Government’s new coronavirus restrictions look to have set back the start of rugby’s second-tier Championship.

The European Cup semi-finalists, relegated after a Sportsmail investigation exposed their salary cap breaches, have no idea when their next meaningful game will be if they lose to Racing 92 this Saturday.

They are about to ‘fall off a steep cliff’ as one source put it, as it is understood the Championship’s 2020-21 season may not now start until the New Year. 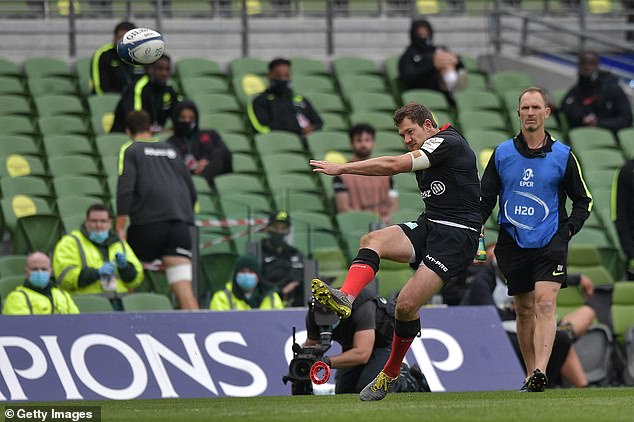 With no prospect of fans returning to grounds soon, most second-tier clubs don’t have the finances to resume paying players.

Saracens boss Mark McCall said: ‘It was looking likely that the Championship season would start in mid-December, but that may have changed which is really worrying for the Championship clubs, ourselves included.

‘It doesn’t take a genius to guess that if England don’t get crowds during the autumn and the Premiership doesn’t start having crowds before Christmas, it’s going to be a really worrying time for the international scene and also club level. It’s obviously very serious.’

Next week the RFU are set to meet with Championship club owners to thrash out a plan for the season, but sources have told Sportsmail some teams are not even intending to train until November. 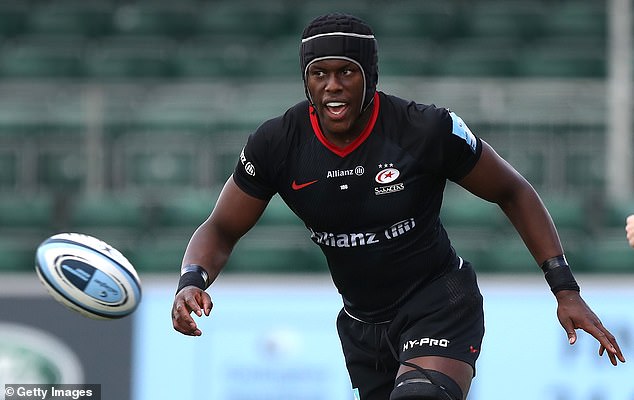 The England stars staying at Sarries —Owen Farrell, Jamie George, Maro Itoje, Elliot Daly and the Vunipola brothers — will have Tests between October and December, then a Six Nations in 2021 to prepare for.

But McCall has not ruled out loaning the internationals to other clubs next Spring if some need game-time before the Lions tour.

‘We will see whether they need any more games, or if a few Championship games will suffice,’ he said.

Six hours before Tuesday’s test event against Gloucester, Bath were told by the Government they were not allowed to host 1,000 fans. Bristol’s test event — their Leicester match next Wednesday — was also canned. 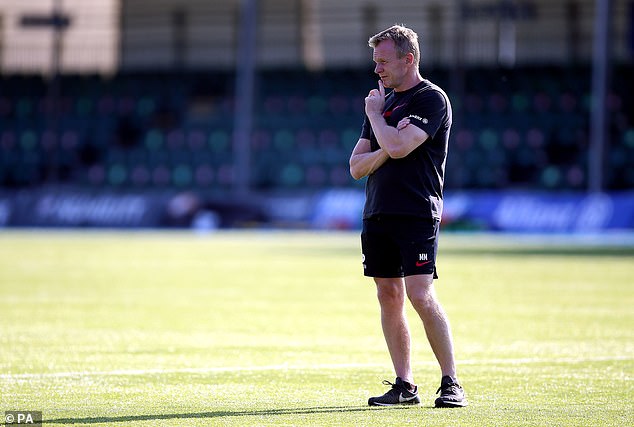 There are fears among Premiership clubs that more drastic wage cuts and redundancies may have to follow in 2021 if fans do not return or a state bail-out is not sufficient.

Bath chief executive Tarquin McDonald said: ‘The longer this goes on, the more difficult it’s going to be for the survival of a number of clubs.

‘We need to see full crowds back by the Spring. If that doesn’t happen it’s really very challenging.’

Snapshot: The funny man getting former Magpie Swan through lockdown

SBW and Roosters ‘ready’ to handle the hype

‘Are we playing under-6s?’: Paul Gallen blows up at NRL’s new scrum rule trial
Danny Care exclusive: "I fear I might not play in front of a full house again"
Best News
Recent Posts
This website uses cookies to improve your user experience and to provide you with advertisements that are relevant to your interests. By continuing to browse the site you are agreeing to our use of cookies.Ok