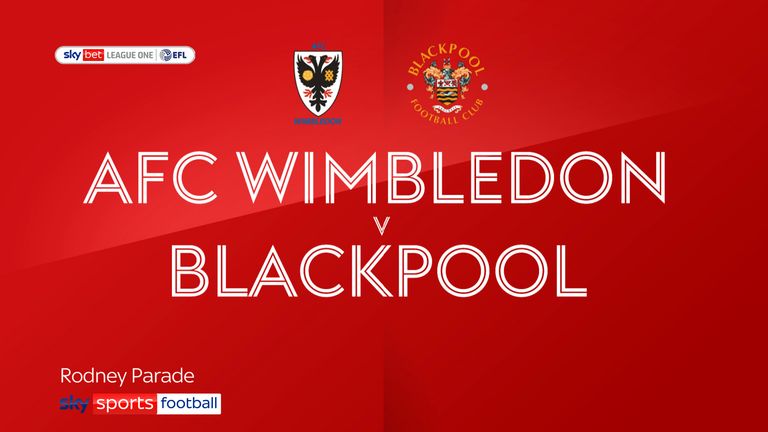 AFC Wimbledon earned their first home League One win of the season with a 1-0 victory over nine-man Blackpool.

Callum Reilly scored early in the first half in the Dons’ final home game at Loftus Road, before Ethan Robson and Dan Ballard were both sent off.

Blackpool had the ball in the back of the net after 10 minutes but Gary Madine’s header was ruled out for a foul on Connal Trueman.

The hosts responded by heading straight down the other end to take the lead as Shane McLoughlin fed Reilly, who fired under a helpless Chris Maxwell.

Joe Pigott then went close with a long-range free-kick, before Robson saw red for a two-footed challenge on the busy Reilly.

Blackpool boss Neil Critchley brought on Grant Ward to replace Oliver Sarkic before half-time, but Wimbledon remained in the ascendency in the second half.

Pigott came closest to extending the home side’s lead and forced a fine save from Maxwell.

And Ballard was given his marching orders 15 minutes from full-time, leaving Blackpool still searching for their first away win in over a year.

Crewe 0-1 Lincoln: Harry Anderson hits winner for League One leading Imps
Leyton Orient 1-1 Exeter: Jake Taylor earns Grecians a point
Best News
Recent Posts
This website uses cookies to improve your user experience and to provide you with advertisements that are relevant to your interests. By continuing to browse the site you are agreeing to our use of cookies.Ok